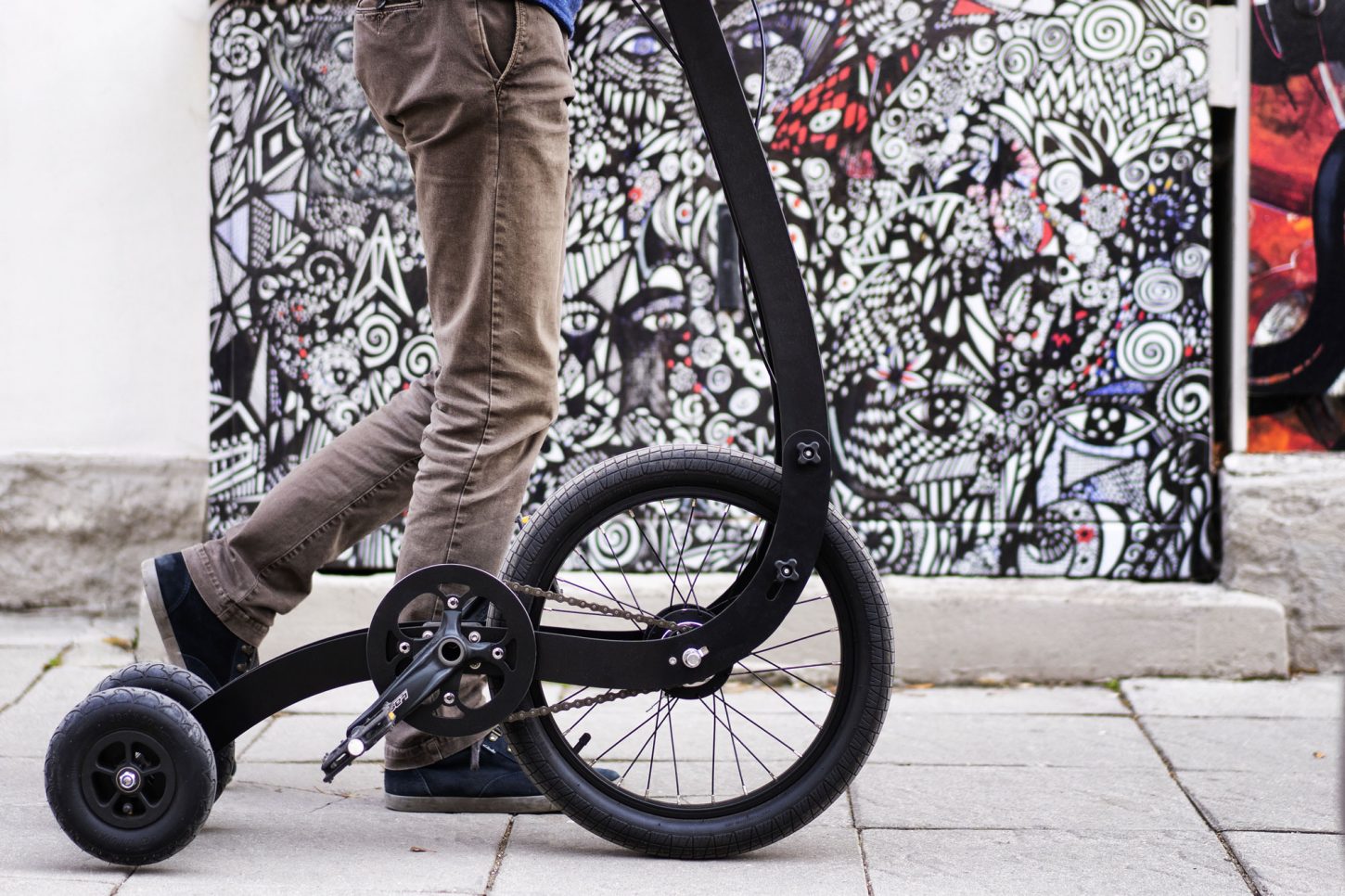 02 May 2019
By Lord Velo - In FEATURED ARTICLES, LATEST ARTICLES, THE DOUBLE DIAMOND

The Koleliniа HalfBike 3 might be just what the world of micromobility needs to get people off of those dangerous, unwieldy scooters and onto something that’s far more stable.

When Koleliniа first launched their Halfbike on Kickstarter back in 2015, it became the most successful vehicle project to date on the crowd-funding platform.

Jumping ahead to the present, the Bulgarian company has launched an updated version that features several improvements such as adjustable geometry, better ergonomics, virtually maintenance-free drum brakes, expanded gearing and a state-of-the-art Sturmey-Archer hub.

Still just as compact and foldable as its predecessor, Kolelinia says the HalfBike 3 is even more maneuverable with a better overall sense of control thanks to the improved geometry. Moreover, its taller, plus a new quick-release mechanism allows it to fold down quicker and its easier to transport in a car or on public transportation.

The main frame is made of laser-cut aerospace-grade aluminum, while the handlebar is constructed of water-resistant beech plywood.

The HalfBike 3 is currently the subject of a new Kickstarter campaign, offering a special price of $499 for early backers which you can learn more about here.