The Tyne Cycling Tunnel in the UK Reopens After Six Years 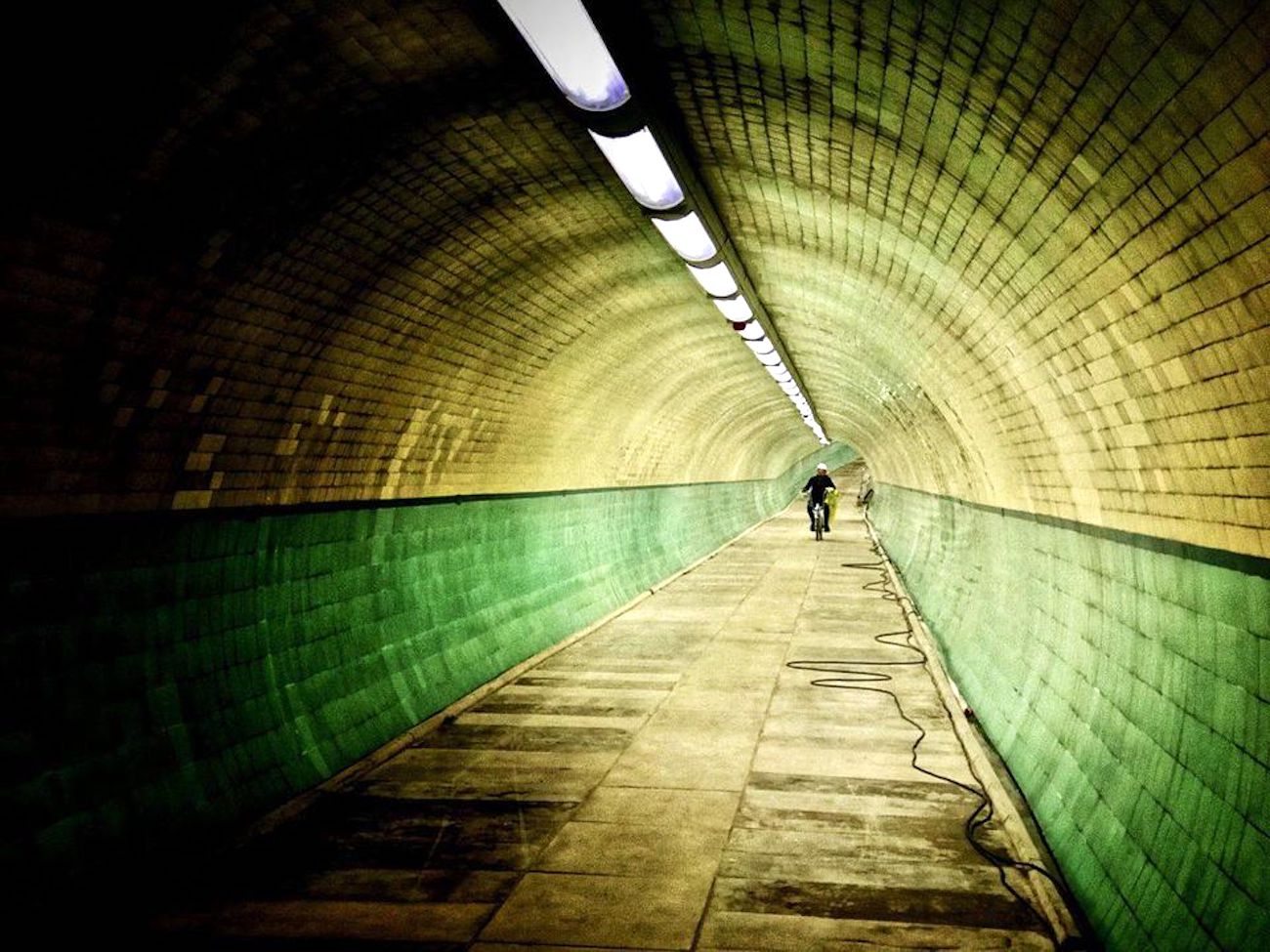 The historic Tyne bicycle tunnels near Newcastle in England has been reopened after 6-years long refurbishment. The 3.7 m wide cycling tunnel can be counted among the best cycle paths in the UK.

The 275-meter twin-tube tunnel is buried 12 meters beneath the River Tyne between Jarrow (43,000 inhabitants) and Howdon (part of Wallsend, also 43,000 inhabitants), 8 km east from the centre of Newcastle, in the northeast of England. It was opened in 1951, sixteen years before the Tyne Tunnel for motor vehicles. At its peak, soon after opening, 20,000 users rode through the tunnels each day.

Both cyclists and pedestrians now have their own tunnels. The cyclists’ part of the Tyne Pedestrian and Cycle Tunnels is 3.7 meters wide, while pedestrians have 3.2 m at their disposal.

Unlike the Tyne Tunnel for motorists, access to the cyclist and pedestrian tunnels has always been free. The nearby Shields ferry is not free. The Tyne Pedestrian and Cycle Tunnels were built at the location of a second ferry over the Tyne, which went out of business soon after the tunnels opened.

Originally the tunnels linked shipyards on both sides of the Tyne. The shipyards are long gone, and the tunnels will likely never again cater to 20,000 users a day, but cyclists and pedestrians cannot use the motorist-only Tyne Tunnel and there’s no bridge nearby, so the route is a critical one for active mobility in the Tyneside conurbation.

The tunnels were closed for refurbishment in 2013 and re-opened only recently, in August 2019. The refurbishment included removing asbestos from the tunnel and replacing part of the wooden escalators with inclined glass lifts. The steep escalators were not the most convenient to use, but the lifts will have a more limited capacity – each lift will accommodate only six cyclists and their bicycles at a time.