Thief Cuts Down a Tree to Steal a Bike 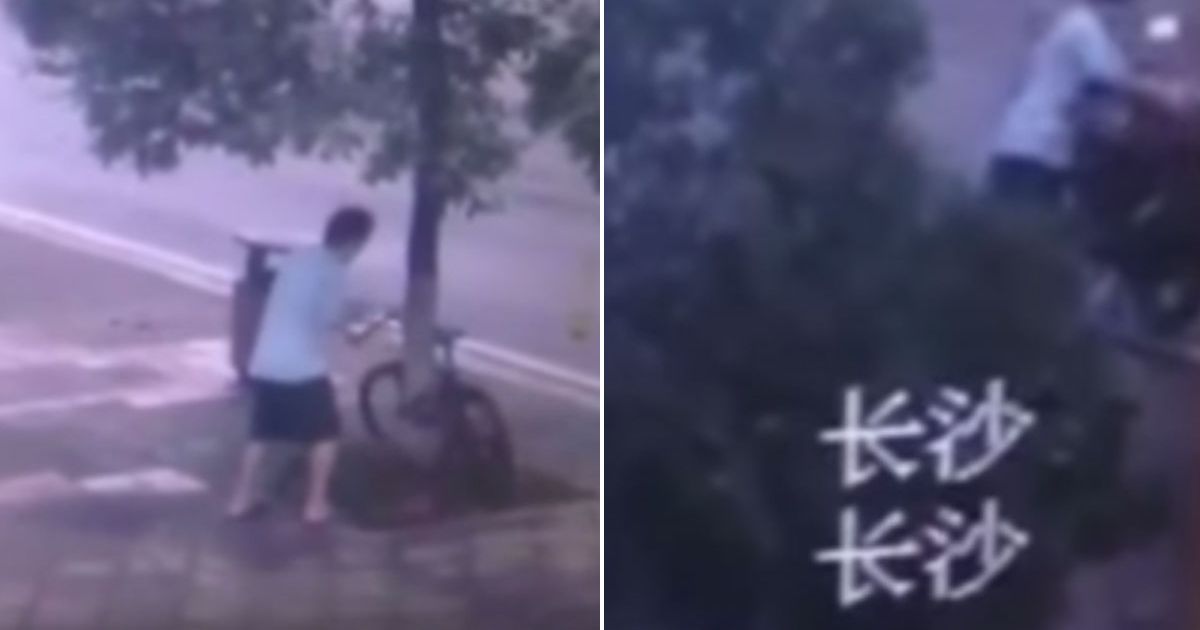 This thief in China did more than simply snatch the pebbles from the master’s hand, he went so far as to cut down a tree in broad daylight to steal a bike.

The brazen theft was caught on CCTV cameras in Changsha, Hunan Province, cutting down a tree in order to free a bike that was locked to its trunk.

Once the tree was toppled, the thief is seen slinging the stolen bike onto the back of his scooter and making off.

If it isn’t bad enough that a bike owner fell victim in this case, the act resulted in the senseless destruction of a tree.

Somebody give this scumbag the Kung Fu grip where his Pupu Platter doesn’t shine!