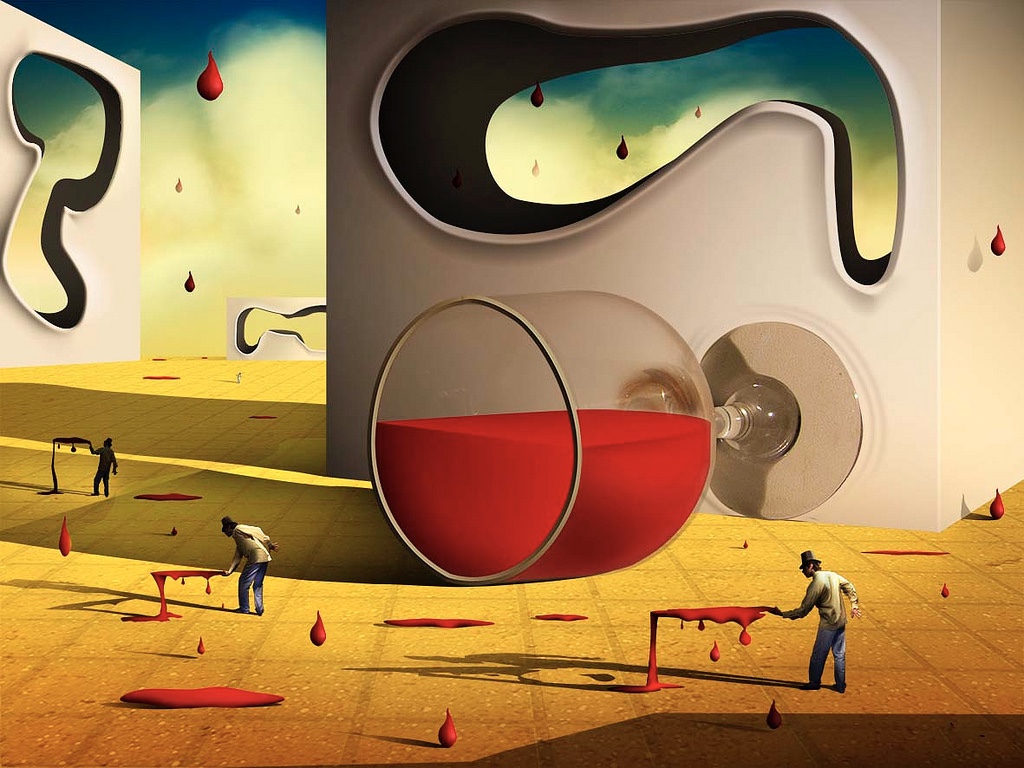 There are few feelings more satisfying than gulping down water when you are thirsty. But how does your brain know when you are dehydrated or satiated, and how does it use this information to initiate or terminate drinking? Scientists at the California Institute of Technology under the leadership of assistant professor of biology, Yuki Oka, have now mapped the circuit of neurons within the mouse brain that regulates thirst by stimulating and suppressing the drive to drink water. This circuit offers insight into thirst regulation in the mammalian brain, possibly including humans.

There are three regions in the mouse brain that are known to process thirst: the subfornical organ (SFO), the organum vasculosum laminae terminalis (OVLT), and the median preoptic nucleus (MnPO). Together, these regions form a sheet-like structure in the forebrain (near the front of the brain) called the lamina terminalis (LT). Most regions of the brain are protected by the nearly impenetrable blood-brain barrier, a layer of tightly packed cells that separates the bloodstream from the brain. But this is not the case for the SFO and OVLT — they interface directly with a mouse’s bloodstream, allowing the two regions to measure the sodium content, or saltiness, of the blood, which indicates the level of hydration. Therefore, the LT serves as the primary structure involved in thirst regulation.

Previous work by Oka and others showed that the SFO, OVLT, and MnPO each contain so-called excitatory neurons that, when stimulated, drive drinking behaviors. In the new work, Oka’s team aimed to discover how these multiple types of excitatory neurons in LT form the circuitry to initiate drinking.

The researchers found that one area in particular, the MnPO, is the center for thirst regulation. It receives excitatory inputs from the SFO, but not the other way around. The team also found that when MnPO excitatory neurons are genetically silenced, stimulating the SFO or OVLT does not induce drinking. The study reveals a hierarchically organized thirst circuit in the LT: The MnPO integrates thirst signals from the SFO and OVLT, and transmits them to downstream brain areas to induce drinking.

The team also found another neural circuit that is involved in acute satiety of thirst.

“When you are dehydrated, you may gulp down water for several seconds and you feel satisfied. However, at that point your blood is not rehydrated yet: it usually takes about 10 to 15 minutes. Therefore, the SFO and the OVLT would not be able to detect blood rehydration soon after drinking. Nevertheless, the brain somehow knows when to stop drinking even before the body is fully rehydrated,” says Oka.

Because of this temporal discrepancy between body rehydration and satiation signals in the brain, the researchers reasoned that some kind of rapid signal must be suppressing drinking behavior. Other groups recently showed that excitatory neurons in the LT are rapidly suppressed with the onset of drinking. However, the neural circuits underlying such quick thirst satiety remained unknown.

Oka’s team found that certain so-called inhibitory neurons in the MnPO immediately respond to the action of drinking and provide direct inhibition to the SFO thirst neurons. These inhibitory neurons are specifically activated by liquid, and not by the ingestion of solids. The researchers reasoned that this inhibitory circuit monitors fluid ingestion through the motion of the oropharynx (part of the throat involved in swallowing), which in turn precisely inhibits thirst neurons.

“When you are really thirsty and quickly gulp down fluid, the throat moves in a particular way that is different from eating food,” says Vineet Augustine, graduate student and lead author on the new paper. “We think the inhibitory population is responding to this motion of rapidly ingesting water.”

More Satiety Signals to Be Discovered

While inhibitory neurons of the MnPO encode drinking-induced thirst inhibition, the team predicts that the brain uses additional satiety signals.

“The inhibitory signals we discovered are only active during the drinking action,” says Oka. “However, the feeling of satiety indeed lasts much longer. This indicates that the MnPO inhibitory neurons cannot be the only source of thirst satiety. This will be the subject for future study.”

Though the results are in mice brains, similar regions exist in the human brain. The researchers say it is possible that a similar thirst circuit governing activation and inhibition of drinking behavior exists in the human brain.

The paper is titled Hierarchical Neural Architecture Underlying Thirst Regulation, which can be found at the California Institutes of Technology’s archive here.