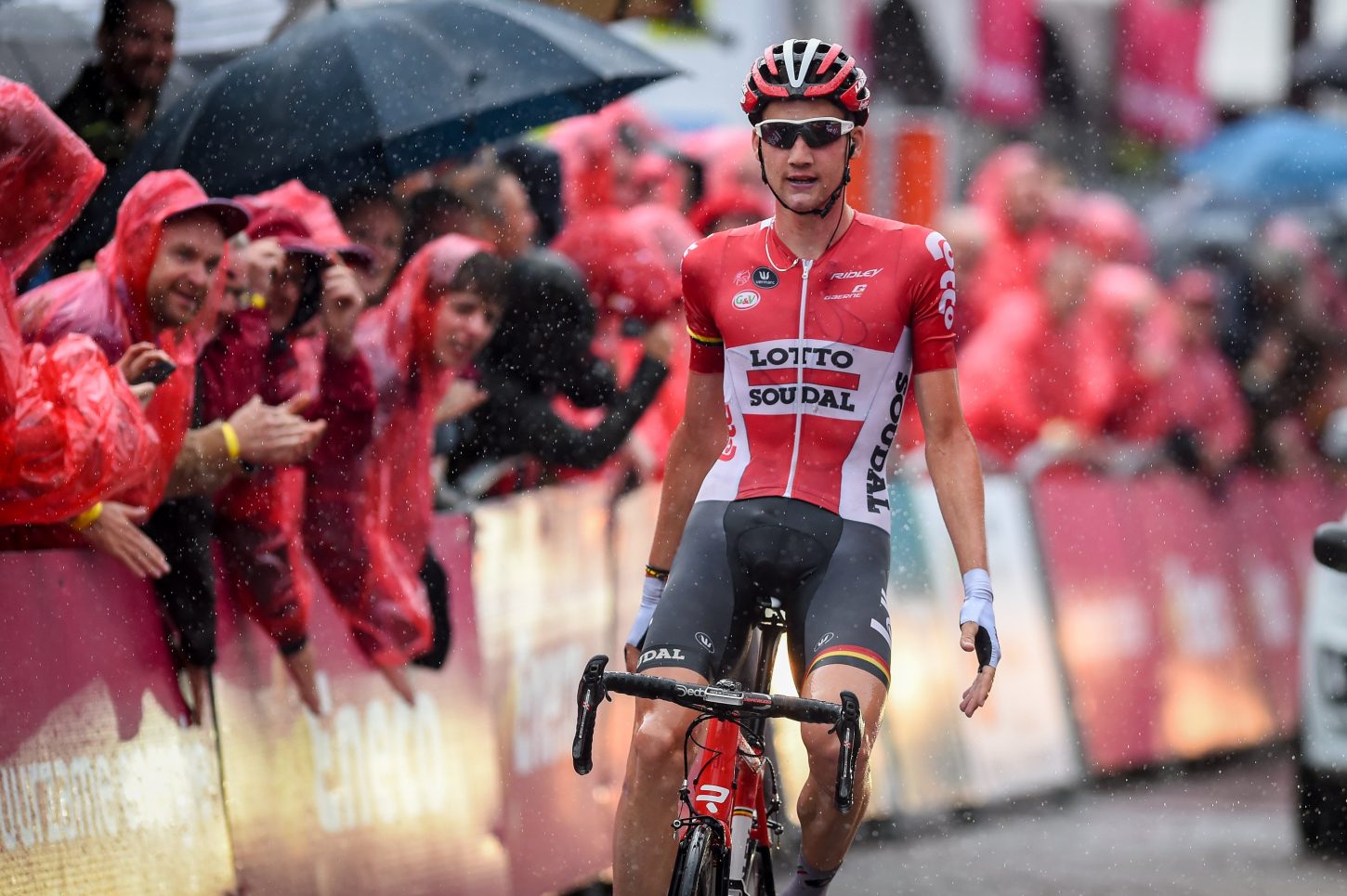 Lotto-Soudal’s Tim Wellens chose to abandon the Tour de France yesterday, rather than apply for a Therapeutic Use Exemption (TUE) and risk tarnishing his reputation.

According to the Belgian newspaper, Het Nieuwsblad, Wellens had been suffering from allergies brought on by the effects of heat, which resulted in red spots appearing on his skin.

However, instead of applying for a TUE that would allow him to use cortisone, Wellens decided to opt out of the race and avoid bringing his use of a steroid into question.

Wellens team manager, Marc Sergeant, told the French newspaper, L’Equipe, “it’s an ethical choice, something that is very important to him.”

The following day, Wellens decided to abandon the race early on, which ended with another challenging summit finish in Le Puy en Verlay.

The use of TUEs in cycling has come under increasing scrutiny since cyber hackers uncovered the wide-spread use of said exemptions on th part of athletes during last year’s Rio Olympics, the most notable being former Tour de France winner and Team Great Britain’s, Bradley Wiggins.

The information obtained, also revealed that Wiggins was given a TUE to use a powerful corticosteroid to treat allergies during key stages of the 2011 and 2012 Tour de France, as well as the 2013 Giro d’Italia.

More controversy unfolded, when it was uncovered that Wiggins was allowed the same TUE during the 2011 Criterium du Dauphine, wherein said medication was delivered to him through his team doctor, after the drugs took a suspicious path and arrived in a so-called Jiffy bag.

The incident continues to remain under investigation by anti-doping authorities in the UK, as well as British Parliament.