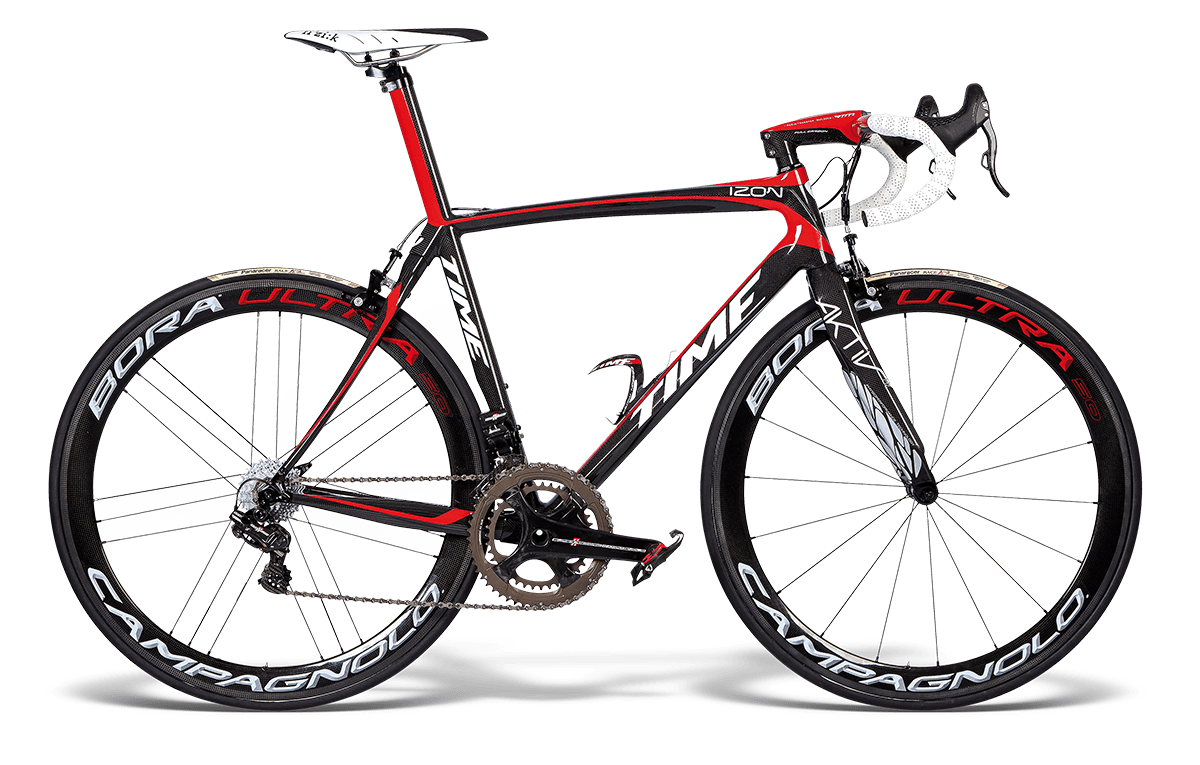 “There’s no way this isn’t a total gimmick,” I thought, when chatting about the new “AKTIV” fork on the TIME IZON bike I was handed for an extended test ride.

TIME’s North American distributor, Gilles Lalonde, spent 45 minutes graciously and honestly—he’s remarkably genuine, frank, and refreshingly light on jargon as compared to others I’ve encountered in the cycle trade – discussing the IZON and its AKTIV fork technology with me at his home in tranquil suburban Acton, Massachusetts. I couldn’t help but suspect that the fork “innovation” was another bike-maker-needs-a-hook-for-market-share ploy. To wit, TIME crows that the AKTIV technology dampens front-end vibration by upwards of 30% without compromising the efficiency of the frame. “Not a goddamn chance,” I thought.

Then I rode the thing.

From choppy Boston city streets, to the hairpin turns of the Cadillac Mountain summit ride (and descent), to the hardpack of carriage paths in Acadia National Park, the IZON lived up to its billing–and then some.

The ride is buttery, deliciously smooth, yet incredibly stable over rough city pavement and mountain hardpack. But where I think it really shines is its ability to completely kill the tiny vibrations in “smooth” pavement that you don’t really notice until after the ride, when your neck and shoulders recall them quite well. Indeed, on average pavement the IZON seems to float, yet does not deprive the rider of any control or road feel.

This is really a pretty remarkable feat. And even if you’re not in the market for a new frameset this season the IZON (or perhaps one of its brethren with AKTIV technology also optional: the SKYLON or the Fluidity) is something very much worth a look. That touted 30% reduction in cockpit vibration? I think it may actually exceed this mark.

With respect to the technology itself, each blade of the AKTIV fork includes an “integrated tuned mass damper” that, according to TIME is a dissipative system that is designed to stabilize against Harmonic Vibrations, [which] occur when the vibration of the bicycle and rider are in phase with the vibrations from the road. Through vibrating itself the Tuned Mass Damper absorbs the worst case vibrations by off-setting the vibrations phase – reducing their intensity.

The Tacoma Narrows Bridge in 1940 succumbed to such force

My tester was built out with an Ultegra/FSA gruppo with Corima S carbon wheels and 25mm Vittorias. The drivetrain was mechanically adequate if uninspiring (for better or worse, I’m a slave to Campagnolo), while the wheelset was an enjoyable ride. I’d never ridden Corima wheels before and they acquitted themselves with aplomb; they were stiff climbers and fast stopping. The bike wasn’t dialed in fit-wise–it was a tester, after all–but I managed to tweak it enough to ride efficiently and comfortably. All told, I spent around 200km in the saddle, included two Cadillac Mountain summit rides: enough to get a solid feel for the machine.

Overall, and apart from its AKTIV technology, the IZON performs as one would expect from a TIME frame with a $5500 MSRP sticker price: elegant handling; efficient and powerful off the mark; a tenacious climber both in and out of the saddle; aesthetically beautiful. Where I think TIME is onto something, and onto something for real, is that they have taken these aspects of a true road machine and combined them with the “gimmick” of their fork technology to achieve the type of ride that many of us associate with the compromised and rubbery “Roubaix” style road bikes (think Specialized’s “Zertz” technology). The TIME IZON is a different animal completely.

My one criticism – and a mild one at that – was maintaining high speed. It was a struggle to keep the needle bouncing both descending and pushing hard on the flat, at least compared to my day-to-day road bike. To be fair, I was riding solo and without a computer, so perhaps my perception was inaccurate, but it sure seemed like it was a bit more work keeping maximum speed. But this detracted little from the overall ride, particularly the kind of riding I was doing.

Simply put, you would do well to consider the TIME IZON if you are looking for a new road frame, and its AKTIV fork is certainly worth a test ride if you can get your hands on a bike equipped with one.

About The Flying Dutchman

When he’s not balancing the scales of justice by day, he leaves chasing windmills to Don Quixote, while he chases the backroads and hedgerows of idyllic New England on his bike.