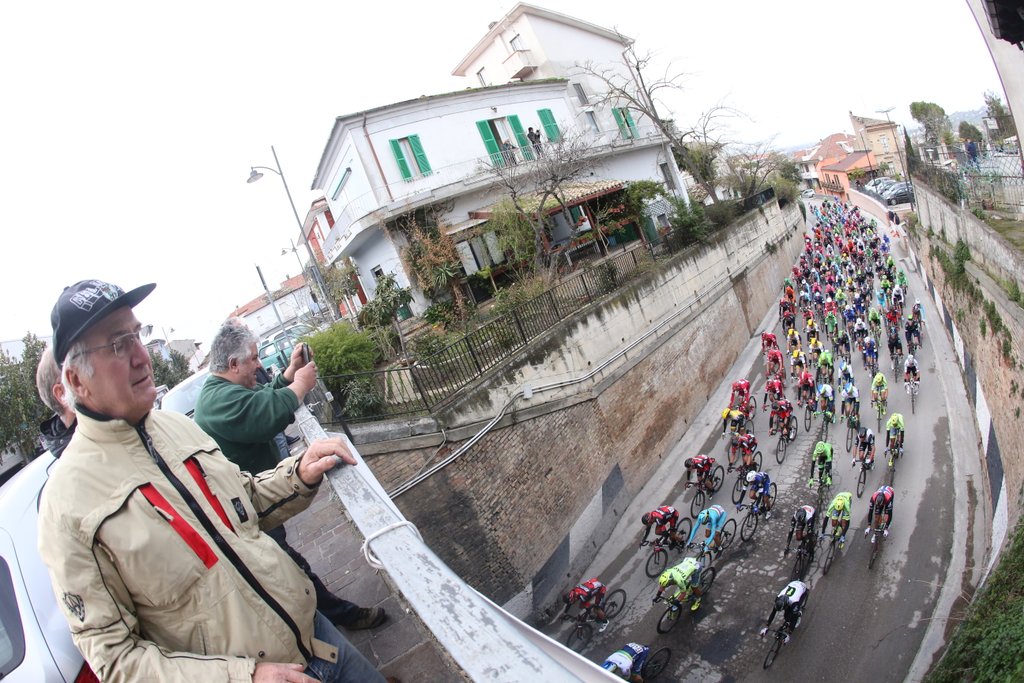 Greg Van Avermaet (BMC) claimed the penultimate stage of the Tirreno-Adriatico in Cepagatti today, in a sprint finished that nixed World Champion Peter Sagan on the line.

Today’s victory, not only netted Van Avermaet the stage victor, but moved the Belgian rider into the overall race lead.

Van Avermaet was part of a small group of sprinters at the head of the peloton, that eventually caught what remained of the day’s breakaway group during the penultimate lap of the finishing circuit.

Once the peloton had swallowed up the last of the escapees, the final shaping of the sprint finale was animated by Sagan’s teammates, Daniele Bennati and Oscar Gatto, who went on to set up their leader up to claim last intermediate sprint before the final showdown.

The trio were later joined by Van Avermaet, race leader Zdenek Stybar, Fernando Gaviria, Matteo Trentin (Etixx-QuickStep) and Michal Kwiatkowski (Sky), who went on the establish a slight lead of a little more than half a minute over the peloton.

Despite a valiant effort on the part of Orica-GreenEdge, Movistar and Trek to reclaim in the leaders, they were unable to close the gap.

Back up front, the breakaway group began to fractionalize during the final kilometer under the fierce pace of Kwiatkowski and Van Avermaet, who saw fit to sit on the Polish rider’s wheel.

However, Van Avermaet ultimately emerged victorious, after coming around Kwiatkowski during the closing few hundred meters, to fend-off a final challenge by Sagan.