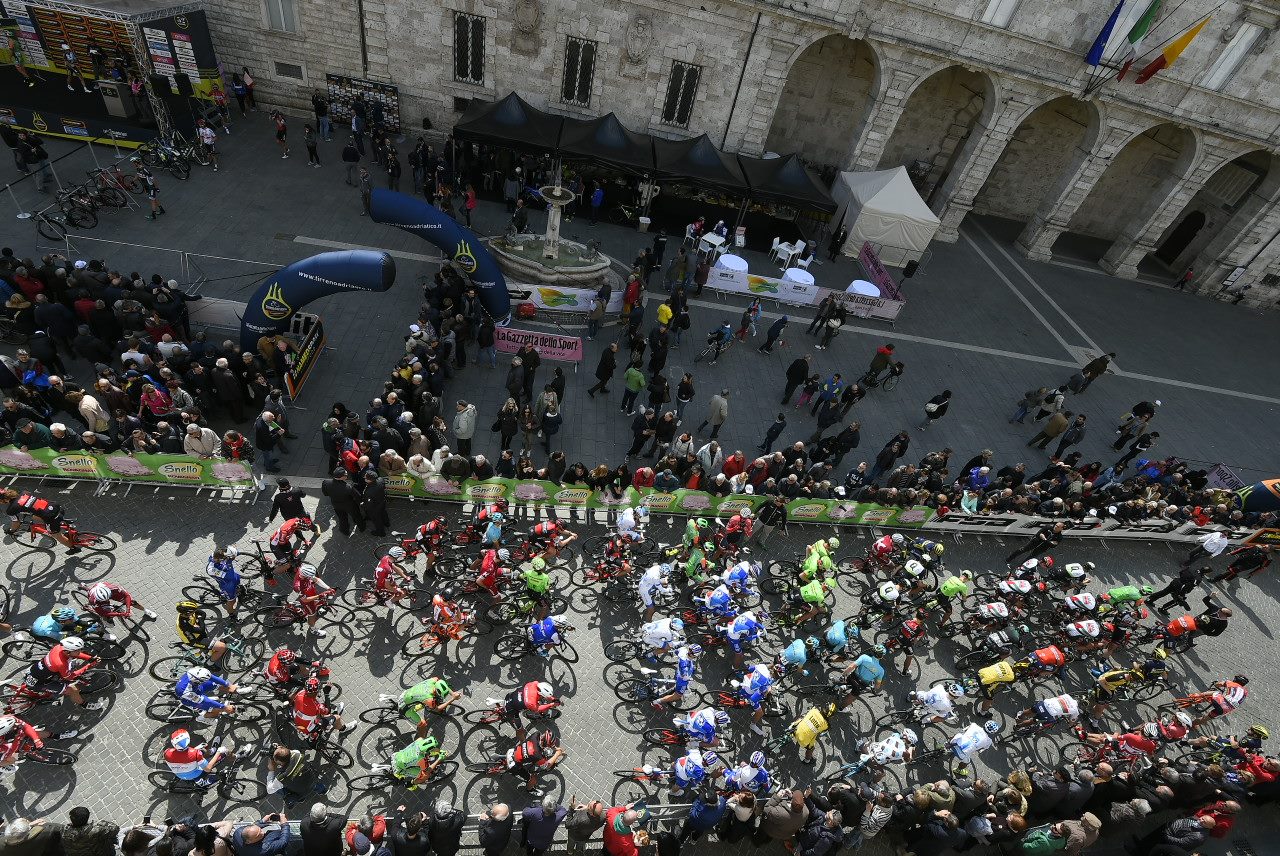 Fernando Gaviria (Quick-Step Floors) claimed the penultimate stage of the Tirreno-Adriatico today, after the Italian rider held off Peter Sagan (Bora-Hansgrohe) to seize the stage honors in Civitanova Marche.

Meanwhile, Jasper Stuyven (Trek-Segafredo) rounded out the podium in third spot, while Nairo Quintana (Movistar) finished safely in the peloton to retain his lead in the overall classification.

However, with 20 kilometers remaining, the peloton succeeded in reducing the breakaway group’s lead down to less than a minute.

Not long after, Sagan, Fabio Felline and Niki Terpstra bridged their way to the lead group, but they were all eventually caught by the peloton with two kilometers to go.

From there, teams began ushering their respective sprinters into place along the final, narrow road to the finish.

Yet, despite the tight quarters, Quick-Step managed to move Gaviria into perfect position to open his sprint, who succeeded in holding-off a fast approaching Sagan to clinch the victory.