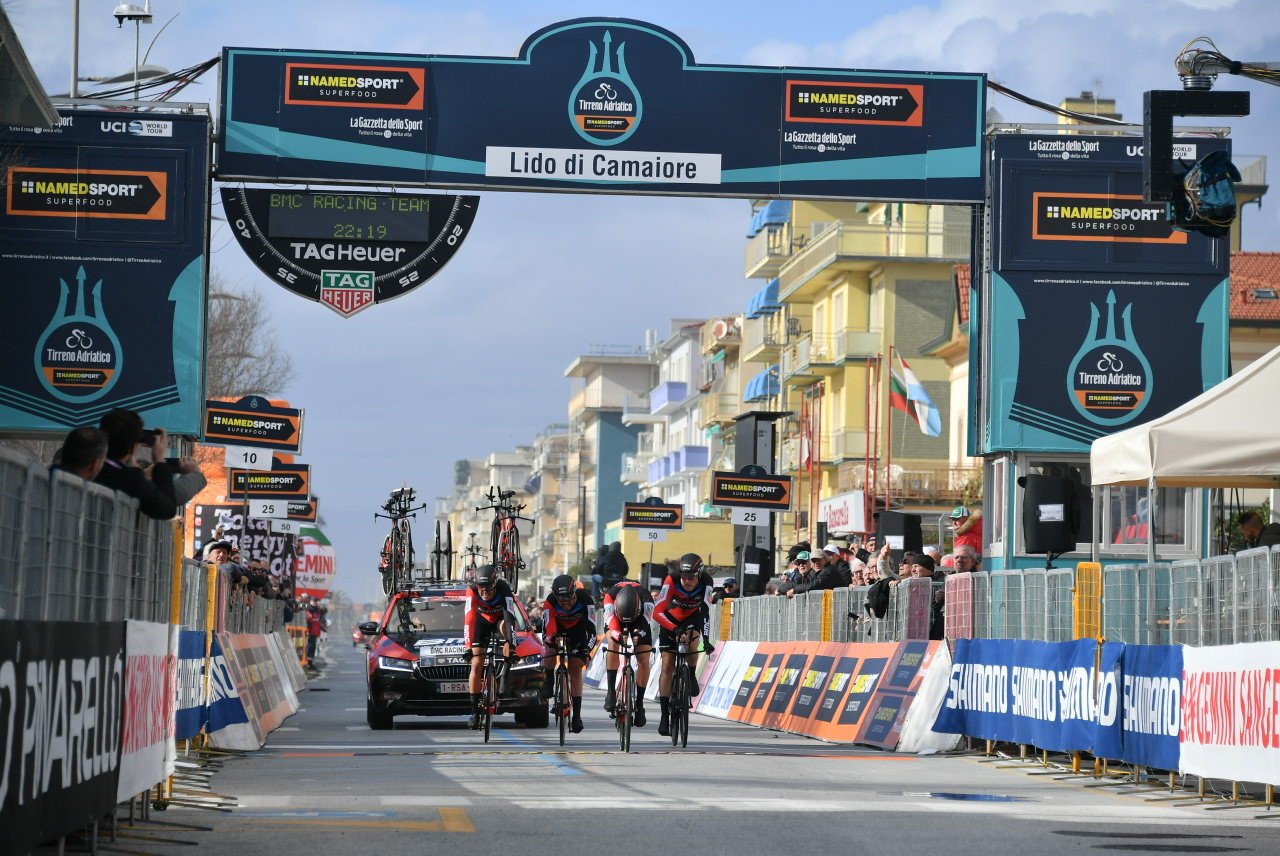 BMC Racing powered its way to victory after winning the opening team time trial at the start of today’s Tirreno-Adriatico, clocking the fastest time of 22:19 around the 21.5 kilometer course from Forte dei Marmi to Lido di Camaiore and back.

The Australian squad of team Mitchelton-Scott clocked the second fastest time in today’s race against the clock, finishing four seconds behind BMC, while Team Sky grabbed the final spot on the podium after finishing a further 5 seconds back.

Meanwhile, the current Team Time Trail World Champions, Team Sunweb, finished in fifth place, some 25 seconds adrift of BMC, which is attributed to Tom Dumoulin’s struggle with a cold.

In other news, Mark Cavendish was again the victim of a crash, after the Dimension Data rider hit the tarmac during today’s time-trial, leaving the British rider to cross the line on his own displaying an array of scuffs and road rash.