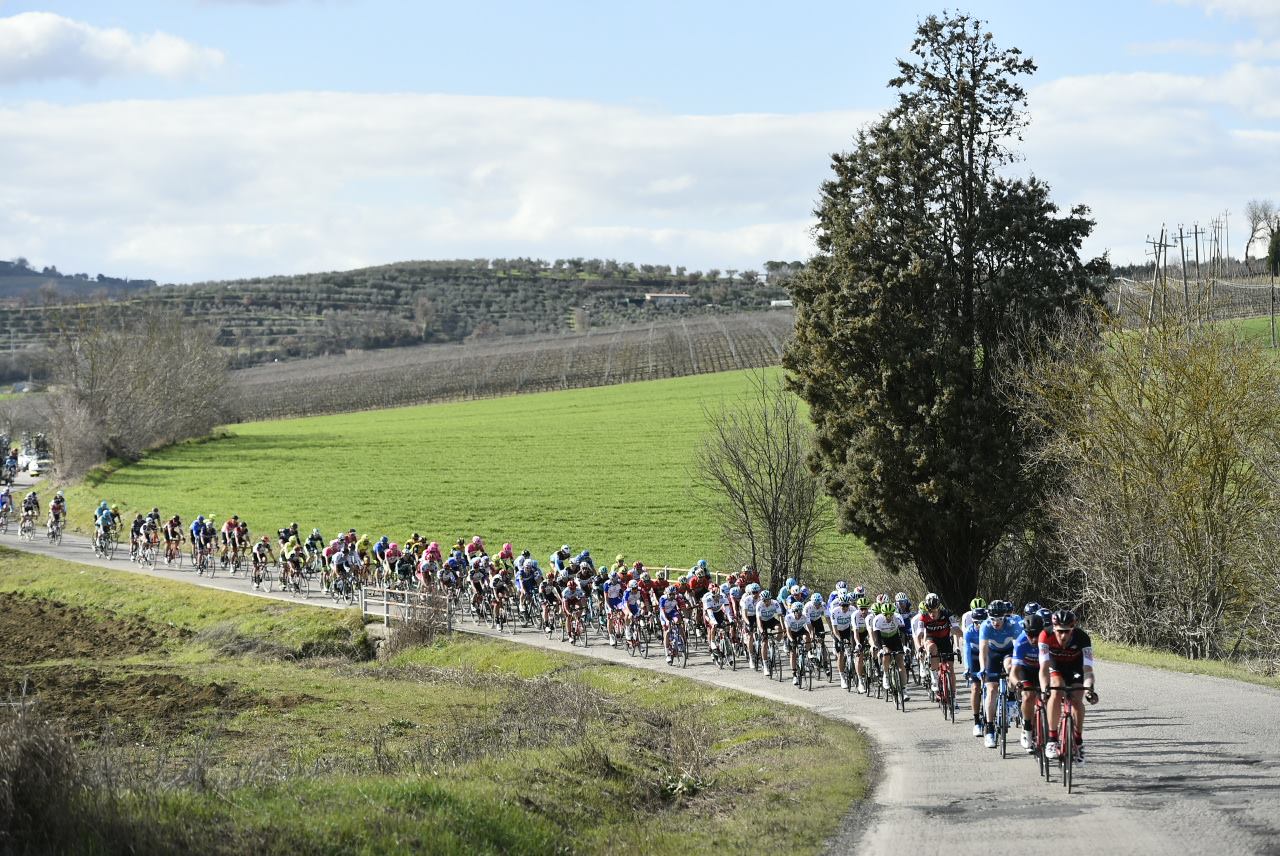 A small group came together towards the end of today’s stage comprising a number of Team Sky riders alongside other big names such as Peter Sagan and Mikel Landa.

However, the group quickly began to thin-out along today’s brutal final climb, where Roglic commenced his winning move.

Greg Van Avermaet tried to accelerate but it was Yates who made the best push to try to catch the Slovenian rider.

However, Roglic’s move proved insurmountable as his British rival eventually ran out of road.

Meanwhile, Geraint Thomas finished in fourth place to takeover the blue leader’s jersey, while race favorite Chris Froome moved up into third spot at three-seconds back.

From there, the quintet went on to establish an substantial advantage of more than 9 minutes over the peloton during the first 50 kilometers.

However, little-by-little the peloton reduced the escapee’s lead to where just Van Winden and Bagioli remained clear with 12 kilometers to go.

Bagioli later dropped Winden to crest the penultimate climb alone. But, the Italian rider was soon caught by the chase with Edoardo Zardini (Wilier-Selle Italia) almost simultaneously launching an attack off the front in a short-lived move.

Team Sky was quick to respond, with Michal Kwiatkowski putting in some big turns to up the pace on the hilly finishing which saw a large number of riders get dropped.

However, Roglic attacked off the front going into the final kilometer, catching Team Sky off-guard.

Roglic rapidly opened up a significant gap with no-one wanting to instigate the chase.

The increase in speed of the bunch on the climb meant that Peter Sagan (Bora-Hansgrohe) was one of those dropped.

Yates looked to be the only rider capable to attempting to chase Roglic down into the steep final 500 meters, but he could not catch him.