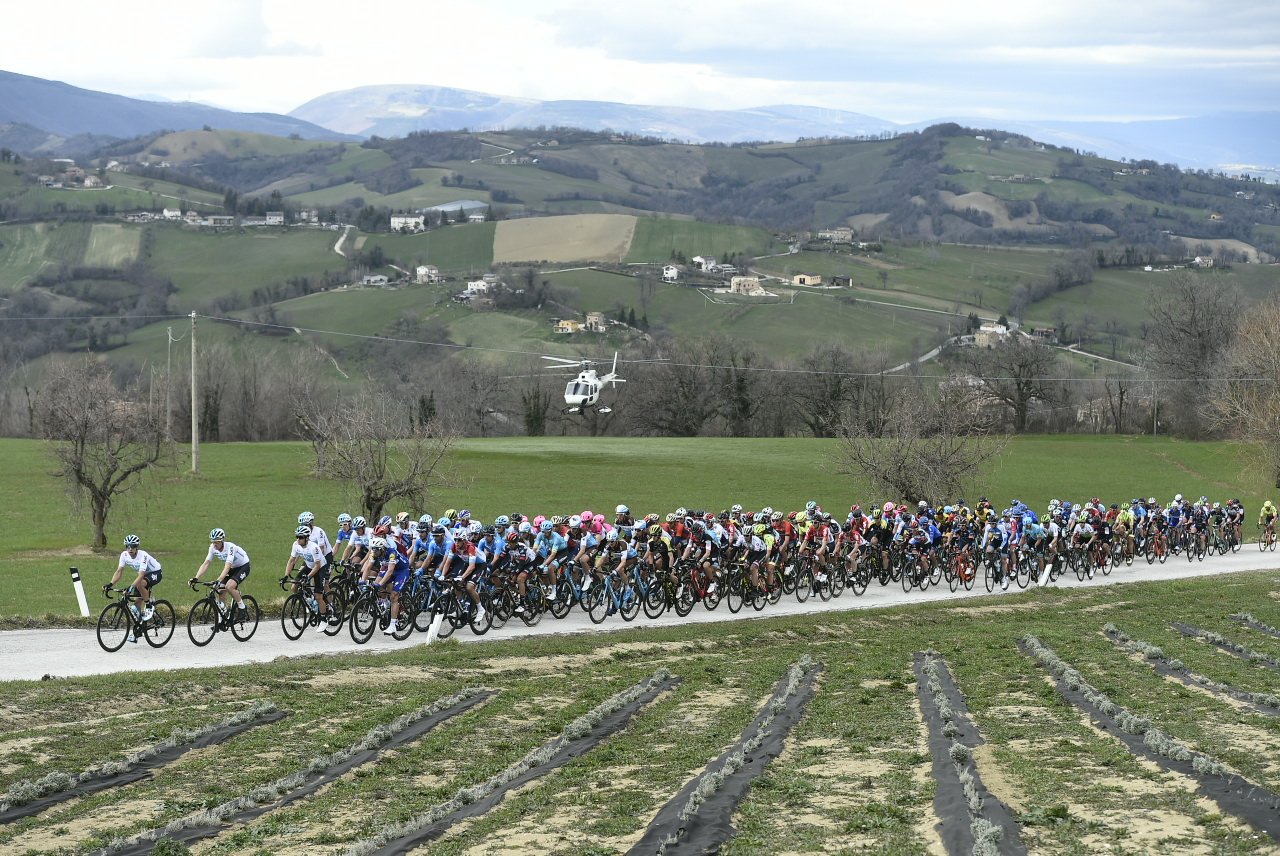 Mikel Landa (Movistar Team) climbed to a stunning victory in stage 4 of Tirreno-Adriatico today, after GC leader Geraint Thomas (Team Sky) suffered a mechanical problem inside the final 3 kilometers and lost the blue jersey as a result.

In an awesome show of strength, the Spanish rider bridged across to a breakaway group that got away on the final climb, and battled it out with Rafal Majka (BORA-hansgrohe), Fabio Aru (UAE Team Emirates) and George Bennett (Team LottoNL-Jumbo).

Aru attacked inside the final 800 meters but the trio of Landa, Majka and Bennett came past him and it was Landa who had the fastest sprint after a grueling stage.

The stage win is Landa’s first of the season but was richly deserved after he played a big part in a four-man breakaway that set up the sprint finish on a tough final climb.

Back in the chase, some cat and mouse tactics allowed the pack to close the gap to little more than a matter of seconds, but Landa surged clear in the final few hundred meters, holding off the challenge of Majka and Bennett, crossing the line with a fist bump to the chest.

Further back down the mountain there was drama for Team Sky as Thomas dropped his chain inside the last kilometer, with a struggling Chris Froome dropping back to try and help minimize the losses.

As result of his mechanical failure Thomas lost valuable time waiting for a replacement bike, finishing the stage 40 seconds down on Landa, and lost the race lead to former overall leader Damiano Caruso (BMC).