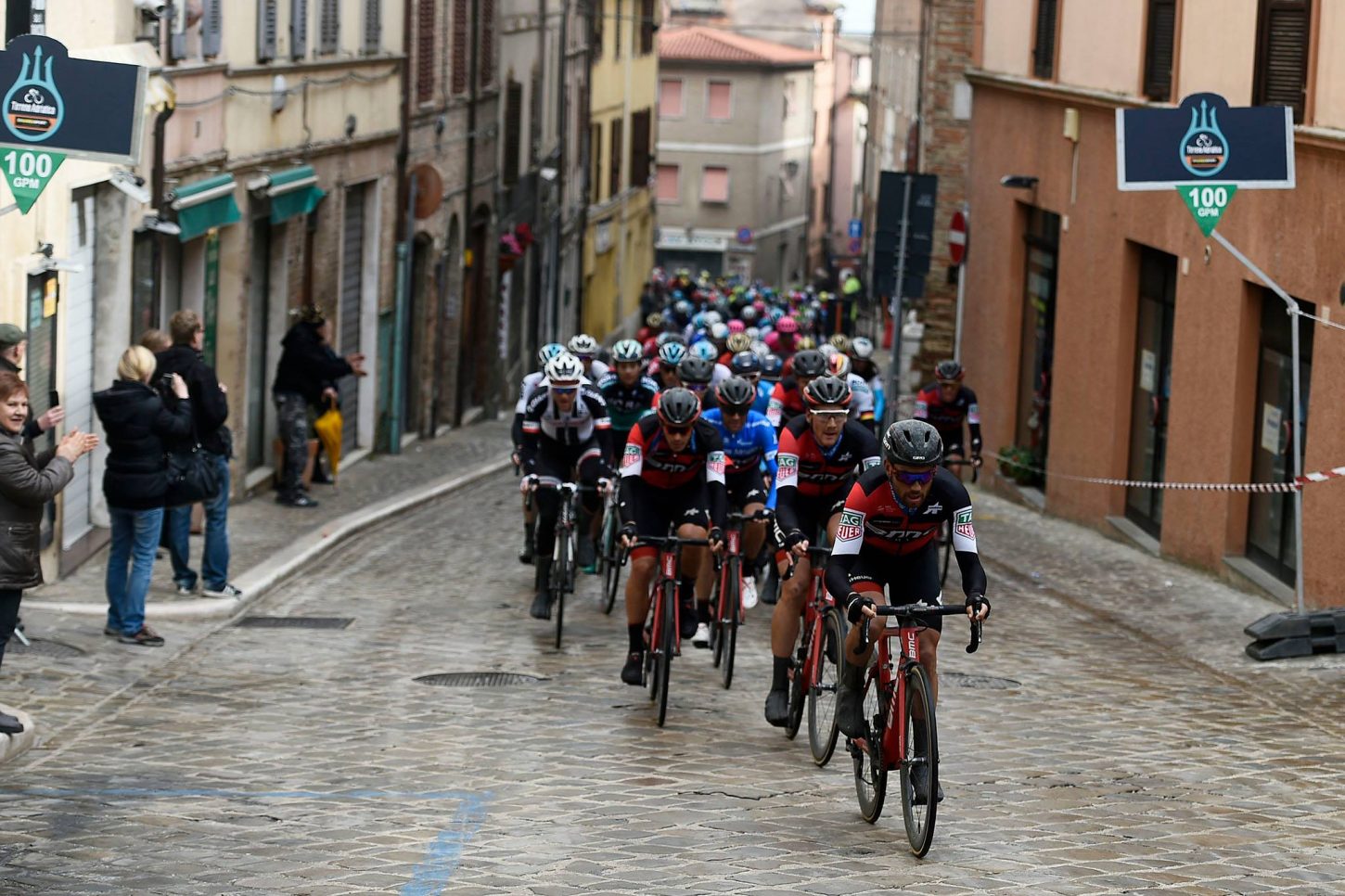 Marcel Kittel sprinted to victory in stage 6 of the Tirreno-Adriatico today, while Michal Kwiatkowski remained in the overall lead ahead of the closing time trial.

Kittel edged out Peter Sagan, who had been held up by a crash during the last seven kilometers of today’s 153 kilometer stage from Numana to Fano, while Maximiliano Richeze greed thew final spot on the podium.

Fernando Gaviria had touched the wheel of another cyclist and went down, bringing a number of others with him. Sagan was just behind Gaviria and somehow managed to stay upright, but the world champion was forced to use a lot of energy to get back up to the front of the peloton.

It was Kittel’s second victory of the race, whereby the German rider won last Thursdays  sprint finish as well.

Tomorrow’s final stage is an individual time trial in San Benedetto del Tronto.Speaking seconds after the stage finish, the stage winner, Marcel Kittel, said, “when there was the crash with Fernando Gaviria, I was just on the left side of the Quick-Step riders. Seconds later I heard it was Gaviria. I feel sorry for him, but we remained focused on our goal. It worked well. The boys did a great job. I’m very proud of the team today. There’s nothing to complain about. We controlled the race. I’m very happy to win for the team. We always said that we’d decide after Tirreno-Adriatico if I’d go to Milan-Sanremo but things are now looking good after two stage wins.”

The Maglia Azzurra, Michał Kwiatkowski, said, “I didn’t want to lose Tirreno-Adriatico by a few seconds without trying to get the time bonus in the intermediate sprint. I didn’t make it but, at the end of the day, we have to be very happy with the stage today and keep focus on tomorrow’s time trial for a perfect end.

However, with 70 kilometers to go, only Burghardt remained out front, while the peloton continued to chase in earnest.

During the last intermediate sprint of the day, Greg Van Avermaet and Patrick Bevin (BMC) battled it out with Kwiatkowski in order to limit the Polish rider’s dominance in the points classification, as Damiano Caruso is just three-seconds behind him in the GC.

With 20 kilometers remaining, Burghardt was caught and Quick-Step Floors took on the role of setting the pace with the goal of moving Gaviria into position to contest the final sprint.

However, with seven kilometers to go, a crash plagued the peloton claiming Gaviria, along with Bevin and Michael Schär as casualties, while Sagan skillfully avoided the chaos.

The Slovakian rider managed to get back to the front despite being held up by the crash and fought his way toward Kittel who proved unstoppable for Sagan as he took his second victory in this year’s race.