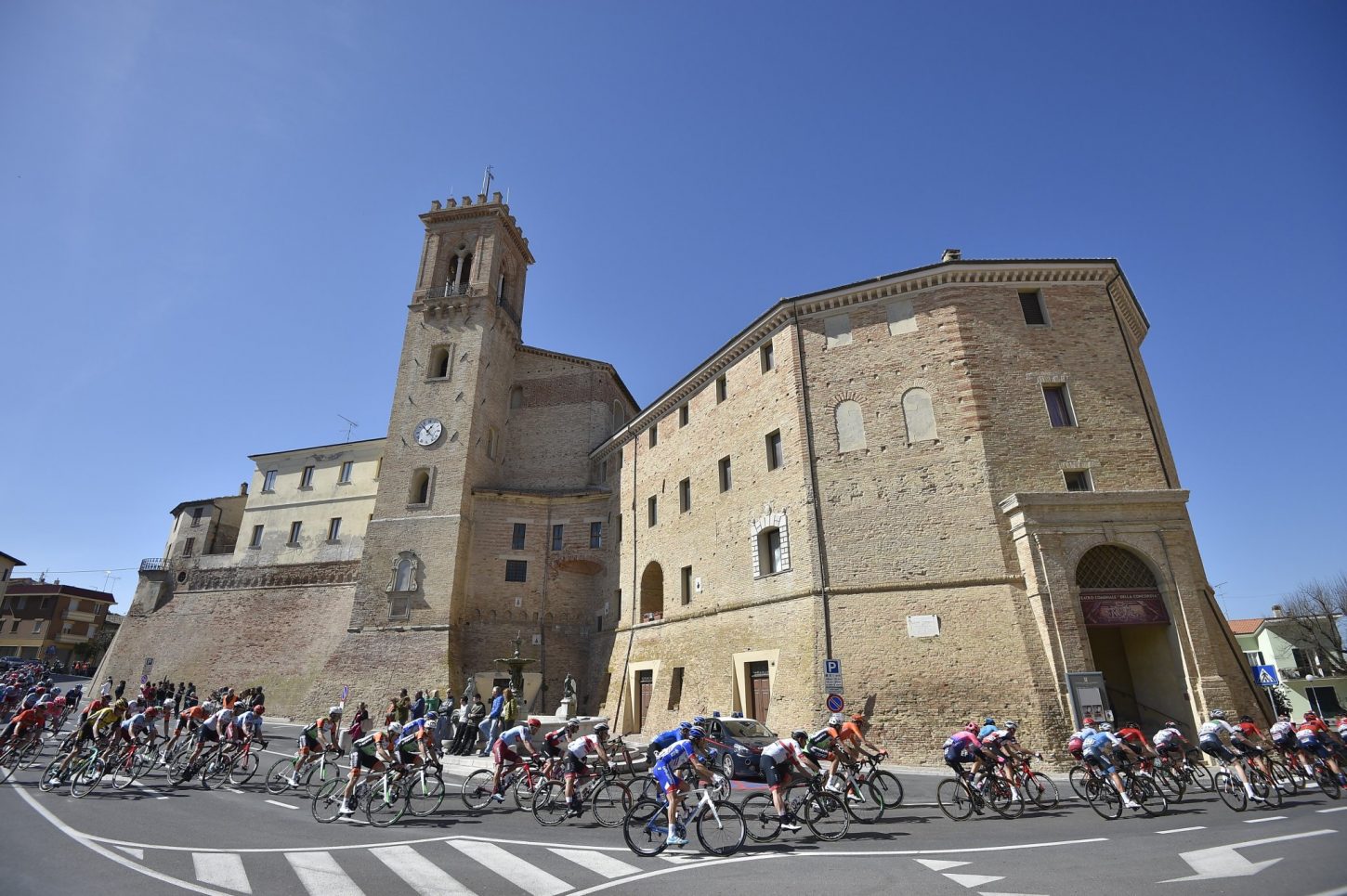 Jakob Fuglsang (Astana) took victory in stage 5 of the Tirreno-Adriatico today, celebrating a solo victory well ahead of Adam Yates and Primoz Roglic, who crossed the finish line in the second and third place respectively.

From there, the group went on to establish a sizable advantage of more than nine minutes over the peloton.

Oss and Denz later attacked along one of the descents, subsequently opening up a gap over the rest of the escapees.

But, with around 50 kilometers to go, the duo was reeled back in.

Not long after, the group split again, this time with Denz, Davide Gabburo, Pedersen and Edoardo Zardini jettisoning their fellow breakaway companions.

With 25 kilometers remaining, Gabburo and Pedersen were the only two riders still out front.

Back in the peloton, this prompted an attack from Fuglsang, who quickly made contact with the two leaders.

Julian Alaphilippe later tried to bridge his way to the front group as well. But, the French rider was soon reeled back in.

At one point, Fuglsang and Gabburo were the only two riders out front. But, it wasn’t long before the Danish rider dropped his rival during the final 10 kilometers that saw the Astana rider go on to claim a solo victory.

Meanwhile, Yates attack from within the chase group, a move which Roglic immediately responded to.

Yates and Roglic soon made contact with Gaburro and Pedersen, while the quartet joined forces to try and reel back Fuglsang.

With just over 2 kilometers left, Yates and Roglic distanced Gaburro and Pedersen during the final climb, with the British rider later dropping his Jumbo-Visma rival.

Tom Dumoulin was the fourth rider to cross the finish at 1:49 behind the winner.

In the end, Yates managed to keep his lead in the overall classification, with a 25-second margin over Roglic, while Fuglsang sits in third at 35 seconds back.