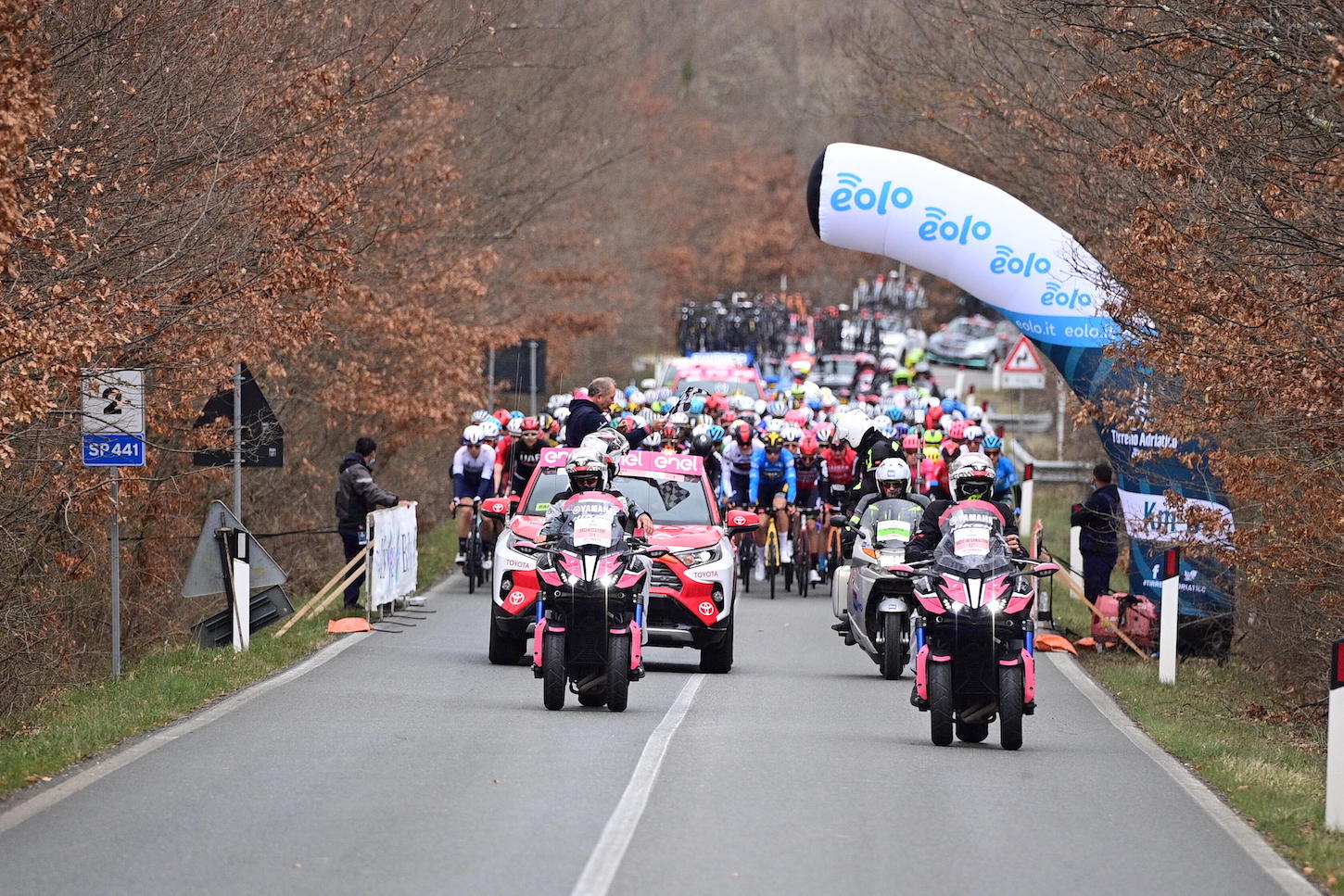 Mathieu van der Poel and Wout van Aert served up a stunning conclusion to stage 3 of the Tirreno-Adriatico today, with both riders sprinting for the line in Gualdo Tadino following a 219 kilometer route that started in Monticiano, with the Dutchman emerging victorious in a breathless finish.

Indeed, in a blockbuster finale to the stage, van der Poel went head-to-head with Wout van Aert, nixing his Belgian rival on the line to claim the stage honors.

Van Aert now holds a slender four-second lead over van der Poel with the Stage 2 winner Julian Alaphilippe 10 seconds adrift, while Mikel Landa and Pogacar are 19 and 20 seconds back respectively from the leader.

However, over time the work of Alpecin-Fenix, Deceuninck – Quick-Step and Jumbo-Visma succeeded in limiting the breakaway group’s lead to a more manageable three and half minutes with 41 kilometers remaining.

The chase effort continued to reduce the escapees’ gap, with Ludvigsson and Bais dropping back into the peloton with 11 kilometers to go – leaving just three riders up the road.

Several riders went down in a crash with just over 3 kilometers left, ensnaring the likes of Stefan Küng (Groupama-FDJ), before the break was caught just 200 meters later.

From there, the pace rocketed as Jumbo-Visma took full control with Intermarché-Wanty-Gobert and BikeExchange challenging for the lead when they headed under the flamme rouge.

It was Deceuninck – Quick-Step who led into the closing moments of the stage though, with Julian Alaphilippe letting the wheel go of his team-mate, Zdeněk Štybar, in the final 500 meters. That forced Wout van Aert to drag the Czech rider back on his own with Van der Poel sat on the wheel going into the final corner.

After catching Štybar they came around the final bend and Van der Poel kicked hard with a vicious acceleration, making sure he held off the sprint of Van Aert to take victory.