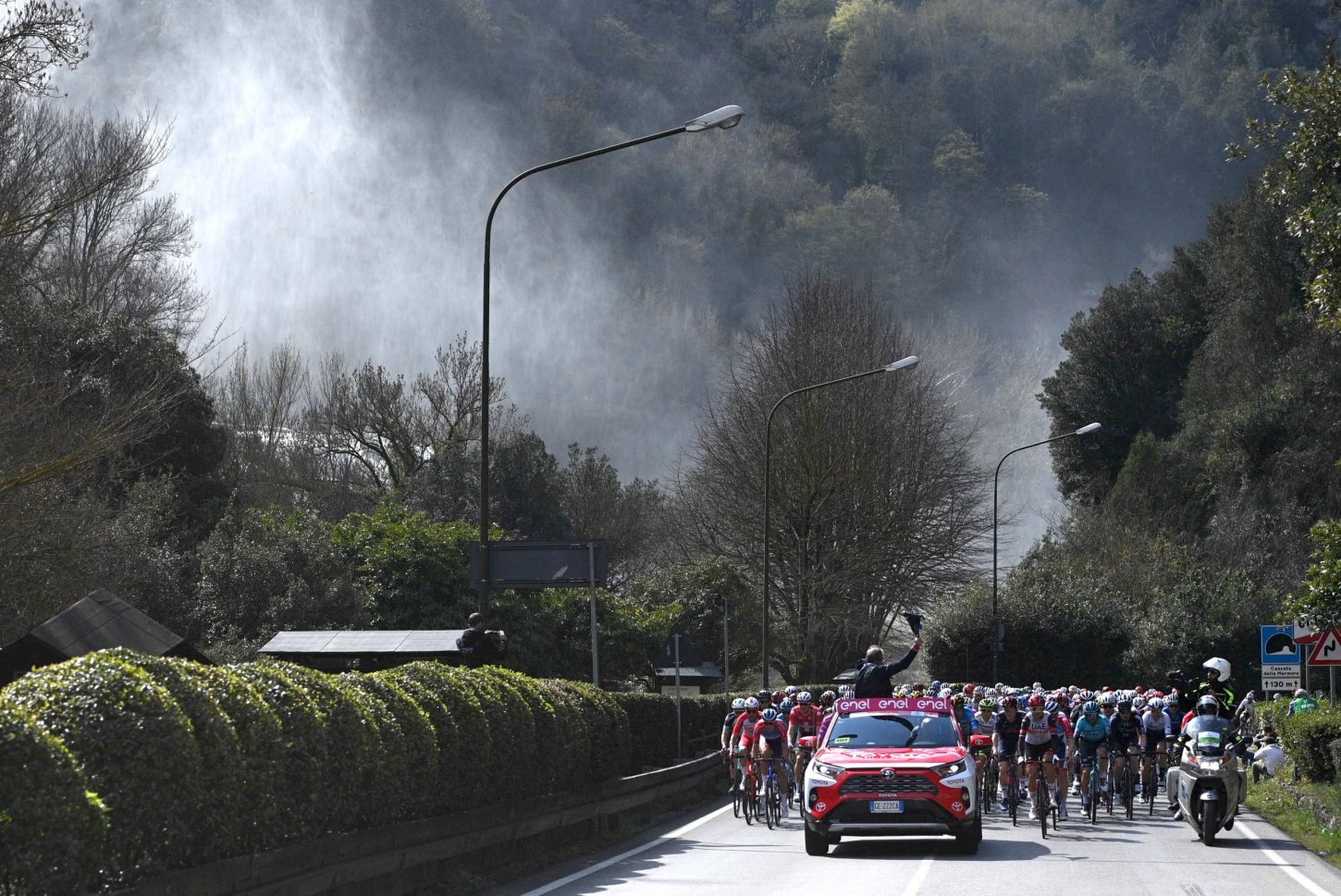 Meanwhile, overnight race leader Wout van Aert (Jumbo-Visma) put in a valiant effort in defense of his blue leader’s jersey. But, the Belgian rider found himself isolated, succumbing to multiple attacks during the final kilometers.

At one point, just Schmitd remained out front, while back in the peloton riders like Giulio Ciccone (Trek-Segafredo), Geraint Thomas, Egan Bernal (Ineos-Grenadiers) and Joao Almeida (Deceuninck-Quick-Step) initiated a series of attacks.

With around 6 kilometers to go, Pogačar attacked as well, who was quickly joined by Thomas after they reeled in Schmitd up ahead.

However, it wasn’t long before Pogačar dropped his British rival, while Bernal launched a new attack from behind that was quickly marked by Yates, Landa (Bahrain Victorious) and Nairo Quintana (Arkea-Samxic) in an attempt to catch the leader.

But, there was no catching Pogačar, who breezed to victory six-seconds ahead of Yates to take over the race lead.