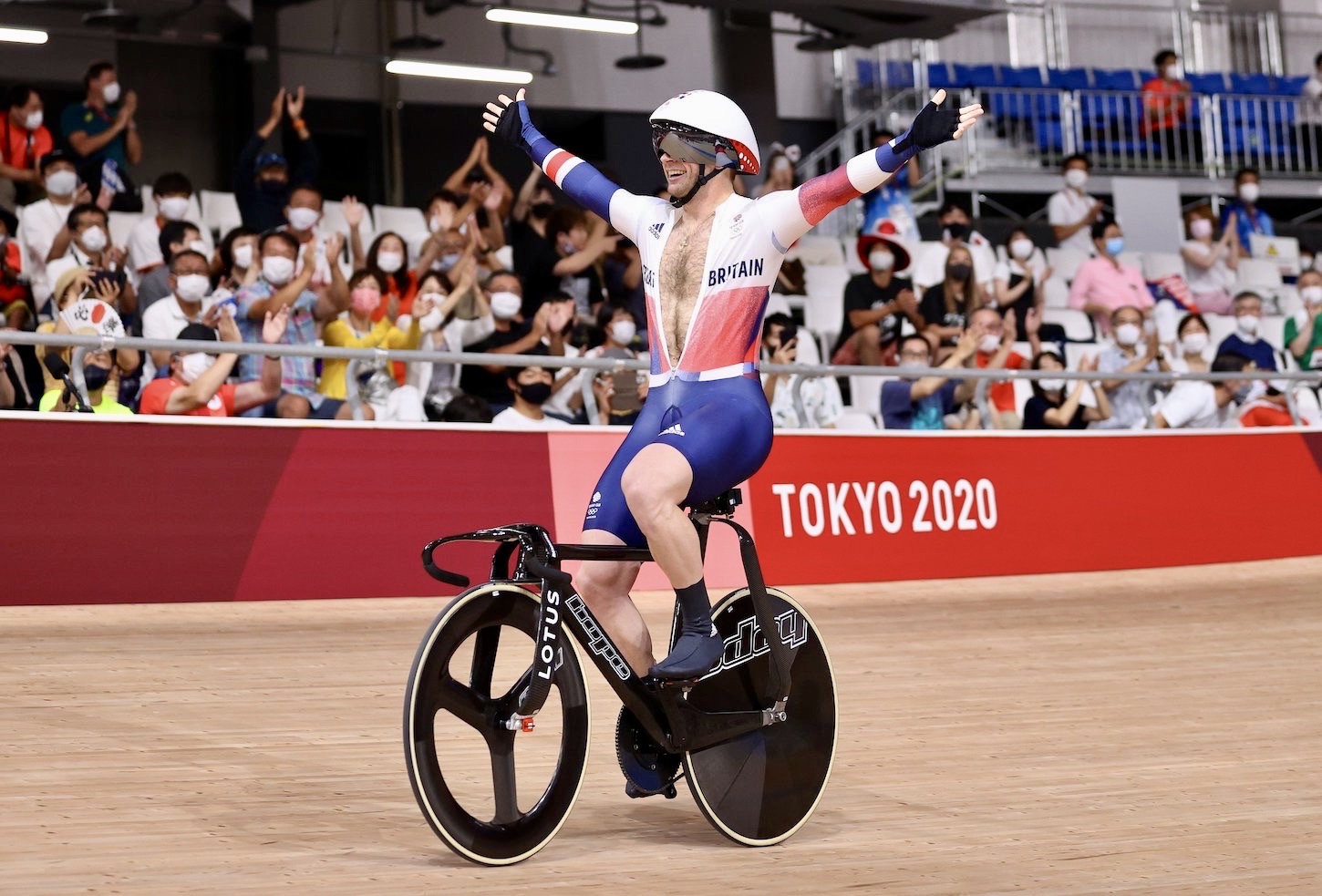 The final battles in TheIzu velodrome were among the most epic of a memorable week of racing, with Jason Kenny writing a new page of his legendary history at the Olympic Games. The British icon powered to his seventh gold medal, in the men’s keirin, 13 years after his first triumph, in Beijing

“Seven gold medals is really special, when you look back on the ones you have already got it seems pretty easy. Then when you try and get more, you remember how hard it is”, Kenny reflected in an interview with BBC as he became the most decorated British Olympian, claiming one more gold medal than another icon of track cycling, Chris Hoy. “It is easy to forget the hard work that goes into it. I have been disappointed this week, I haven’t been as competitive as I wanted to be. But in the keirins you can race hard and ride your luck a little bit”, Kenny added.

Earlier in the final day of competition in the Izu velodrome, Kelsey Mitchell also claimed a historic success in the women’s sprint, Canada’s second ever gold medal in track events at the Olympic Games. The final gold medal of the cycling events of Tokyo 2020 went to Jennifer Valente (USA), winner of the women’s Omnium ahead of the Japanese star Yumi Kajihara.

But Wakimoto wasn’t to make it through the semi-finals, narrowly avoiding a crash in a very tight second heat won by Mohd Azizulhasni Awang (MAS) ahead of Maximilian Levy (GER) and Harrie Lavreysen (NED), who edged UCI World Cycling Centre (WCC) trainee Nicholas Paul (TTO) right on the line. His training partner at the UCI WCC Jair Tjon En Fa (SUR) was more successful in the first heat, qualifying with Jason Kenny and Matthew Glaetzer (AUS).

There was no need for a photo finish in the final, with Kenny opening a gap from the start and soloing to victory! Five years after the bronze in Rio, Awang took silver ahead of Lavreysen, who claimed his third medal of the week following his two golds in the team and individual sprints.

Fourth in the keirin, Olena Starikova (UKR) ensured herself an Olympic Games medal, winning the two races of her semi-final against the 2019 UCI World Champion Wai Sze Lee (HKG). Canada’s Kelsey Mitchell edged Germany’s Emma Hinze in their first race, then the reigning UCI World Champion levelled things up in their second battle before Mitchell eventually powered to the final for gold.

Lee dominated the final for bronze to take her second Olympic Games medal, nine years after finishing third in the keirin at London 2012. Moments later, Mitchell was beating Starikova and making history herself. “The hard work has paid off”, she rejoiced

The versatile champions of the Omnium were the first and last in action on Sunday, kicking off the final session in the Izu velodrome with the scratch race. Contenders were eager to make their mark early and tension was running high in the pack when Elisa Balsamo (ITA) hit the deck just ahead of the final lap and brought down many riders in her wake.

USA’s Jennifer Valente (winner of the overall standings of the Omnium in the 2019-2020 Tissot UCI Track Cycling World Cup) avoided the crash and took the 40 points ahead of Japan’s Yumi Kajihara (the reigning UCI World Champion) and Australia’s Annette Edmondson (UCI World Champion in 2015).

Two days after cementing her legend in the Madison, Laura Kenny (winner of the Omnium at the 2012 and 2016 Olympic Games) bounced back in the tempo race, taking 40 points ahead of the Netherlands’ Kirsten Wild (UCI World Champion in 2018 and 2019) and Valente, defending her overall leadership (76 points) ahead of Kajihara and Wild (70 points).

Valente went on to take 4th place in the elimination race, won by Clara Copponi (FRA) ahead of Kajihara. The Japanese rider came back to within just 2 points of Valente (110 vs 108), setting the stage for a major battle in the final event of the day. Half a dozen riders remained in close contention for the bronze medal.

Valente won the first sprint of the points race to tighten her grip on the Omnium but she went down with 30 laps to go. The American rider managed to get back up, resume racing and take gold (total: 124 points) ahead of Kajihara (110 points), who also hit the deck in the last 10 laps. Wild (108 points) took the final position on the final podium of the cycling events at Tokyo 2020.