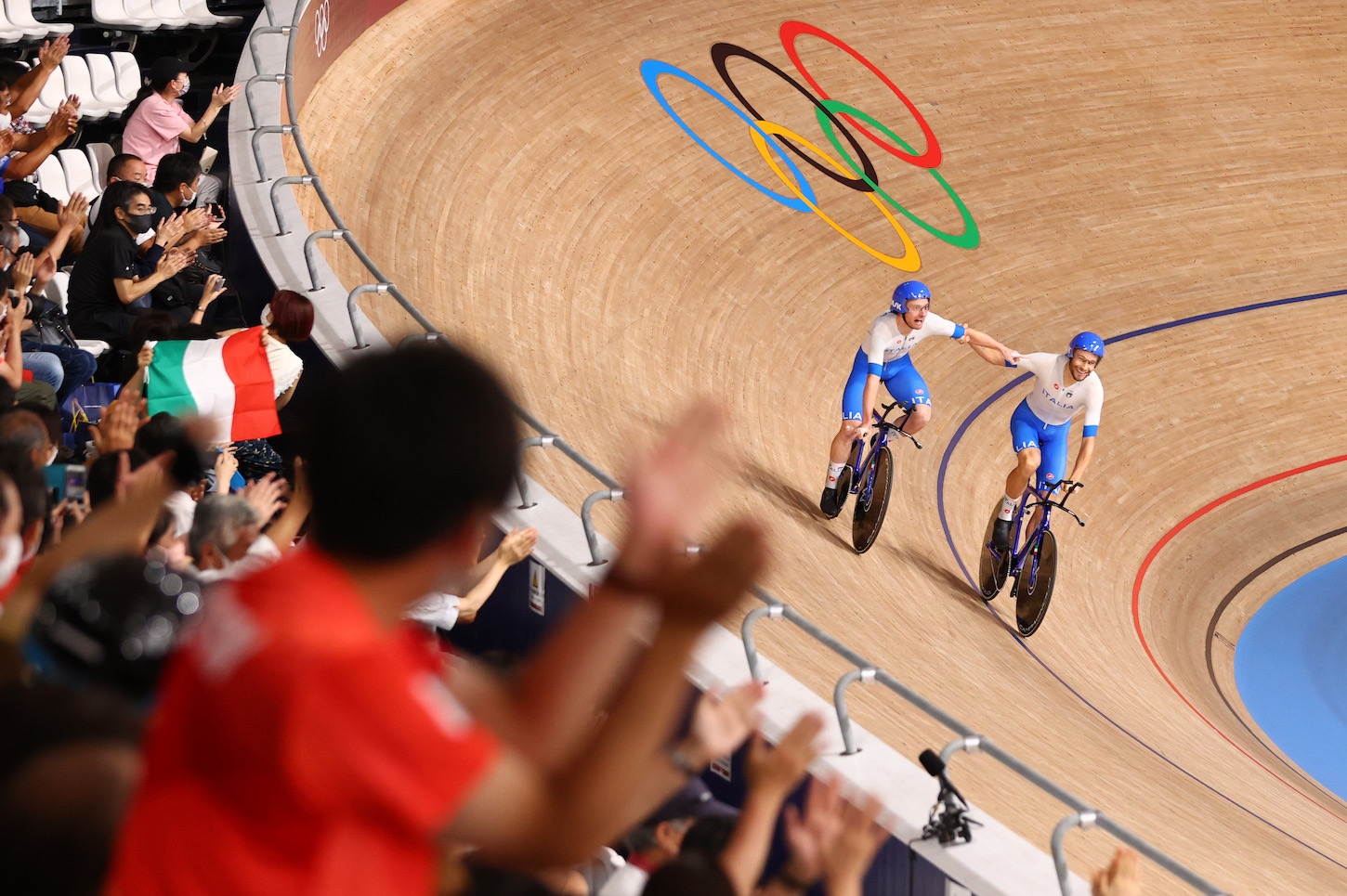 Italy has secured Olympic gold in style by breaking their own world record in the team pursuit to see off world champions Denmark at Olympic Games Tokyo 2020.

After breaking the world record yesterday during the heats, the Italian team clocked a blistering 3:42.032 in the gold medal race.

With Great Britain relegated to the seventh and eighth race after a crash yesterday involving the Danish team, it meant they ceded the Olympic pursuit title they have held since 2008.

So it was time for a new champion to emerge.

It was an edge-of-your-seat race as the Danish team of Lasse Norman Hansen, Niklas Larsen, Frederick Madsen and Rasmus Pedersen took the lead at the 3000m mark – until this point they had narrowly been behind the Italians.

But Italy’s Simone Consonni, Filippo Ganna and Jonathan Milan held strong closing the gap in the final two laps of the race to secure the gold medal.

It was the first time in 61 years Italy have secured gold in the event. The last time they were crowned Olympic champions was at Rome 1960 with their last time on the podium came at Mexico City 1968 (bronze).

“It’s a great honour for us. Our group has worked very hard to achieve at the highest level and starting in 2016 we were really motivated by our coach,” Francesco Lamon said.

“We are really proud of what we’ve achieved and our group.”

Australia secured bronze in a tight and dramatic race after New Zealand lost a rider in a crash.