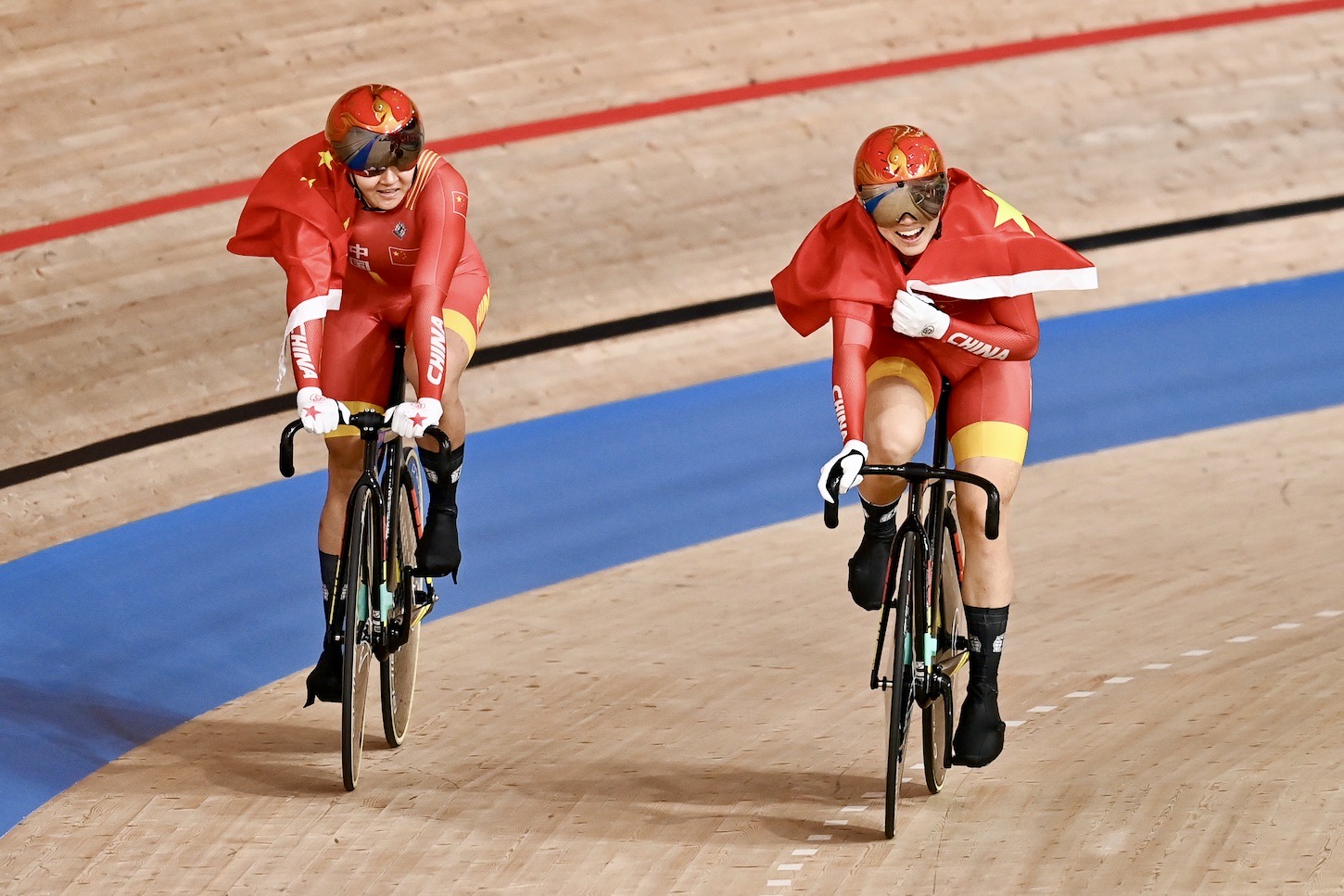 The first cycling track medals of Tokyo 2020 have been awarded with People’s Republic of China winning gold in the women’s team sprint final – the same color medal they won at Rio 2016.

The Chinese pair of BAO Shanju and ZHONG Tianshi faced off against Germany’s Lea Friedrich and Emma Hinze in the gold medal race, winning a thrilling final in 31.895, with Germany finishing in 31.980. The ROC came away with the bronze medal, leaving Netherlands out of the podium positions in fourth place.

People’s Republic of China are the reigning world record holders in the event, having clocked 31.804 earlier in the day. And while their finals time was marginally slower, they can now add the title of Olympic champions to their resume, after a stunning gold at the Izu Velodrome.

Zhong was ecstatic after the race, after admitting to not feeling at her best over the past years. “It feels very good because for the last few years I’ve been feeling very, very bad, and I’ve had a lot of problems,” she said.

“Everything has been a problem so for me, it’s amazing. My partner is very, very good.”