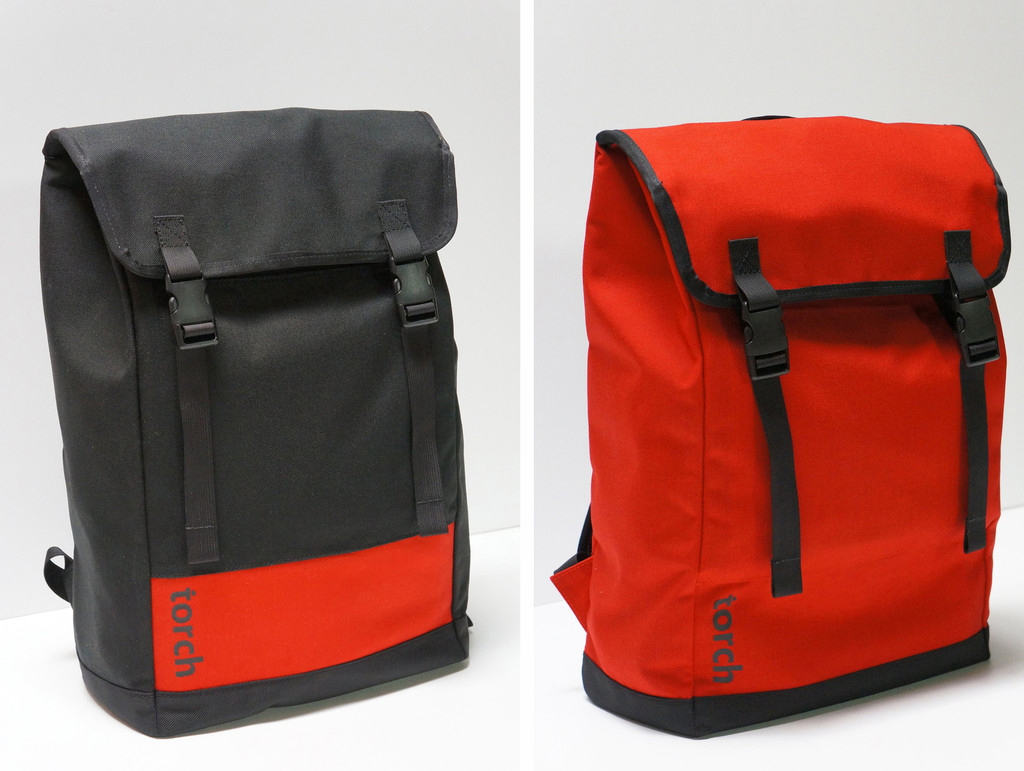 07 Dec 2015
By Gianni Pericolo - In LATEST ARTICLES, THE DOUBLE DIAMOND

To be seen, or not to be seen, is not a phrase that’s contemplated by most urban cyclists. Most want to be seen.

Torch’s founder and creative force, Nathan Wills, started his company when he realized the need for better-performing and better-looking options for cyclists. Having been struck by a car three times while on his bike, he takes the subject very seriously. “Small, centrally mounted lights just don’t cut it,” said Wills. “And most people just won’t wear the silly looking safety clothing because of what they’ll look like once they reach their destination. The solution is large surfaces with active safety lights on the rider, not the bike.” The company’s first product, the award-winning Torch bike helmet, has sold out twice over the past year.

Torch is currently involved in a vigorous crowd-funding campaign on Indiegogo, as means of getting the FLUX into full production.

Given, Torch’s two previous successes with crowdfunding, the company expects the campaign to be a huge success.

Wills explained, “The goal is to bring awareness to the new product while the added funds will help to expand the concept into a range of different bags and apparel. We have already begun working on a line of outerwear with the same patented technology that’s included in FLUX, and look forward to introducing that line after the FLUX is in production.”

The FLUX is expected to retail for USD$210, but backers on Indiegogo can secure an early order for as low as $150.

The FLUX, constructed with an exceptionally durable 1000 Denier Nylon exterior and a waterproof vinyl tarpaulin liner, is illuminated by a unique fiber optic panel illuminated by LEDs, to give off a high-intensity red light. The LED’s on the backpack are powered lithium polymer batteries, have adjustable steady or blinking settings, a four hour run-time, and can be recharged through a standard USB 2.0 charging port. The backpack is available in black or red with black trim and possibly olive-drab green with a red panel if the stretch goal is met.

To learn more about the Flux, check out Torch’s Indiegogo campaign at, https://www.indiegogo.com/projects/flux-backpack-the-largest-bike-light-ever#/