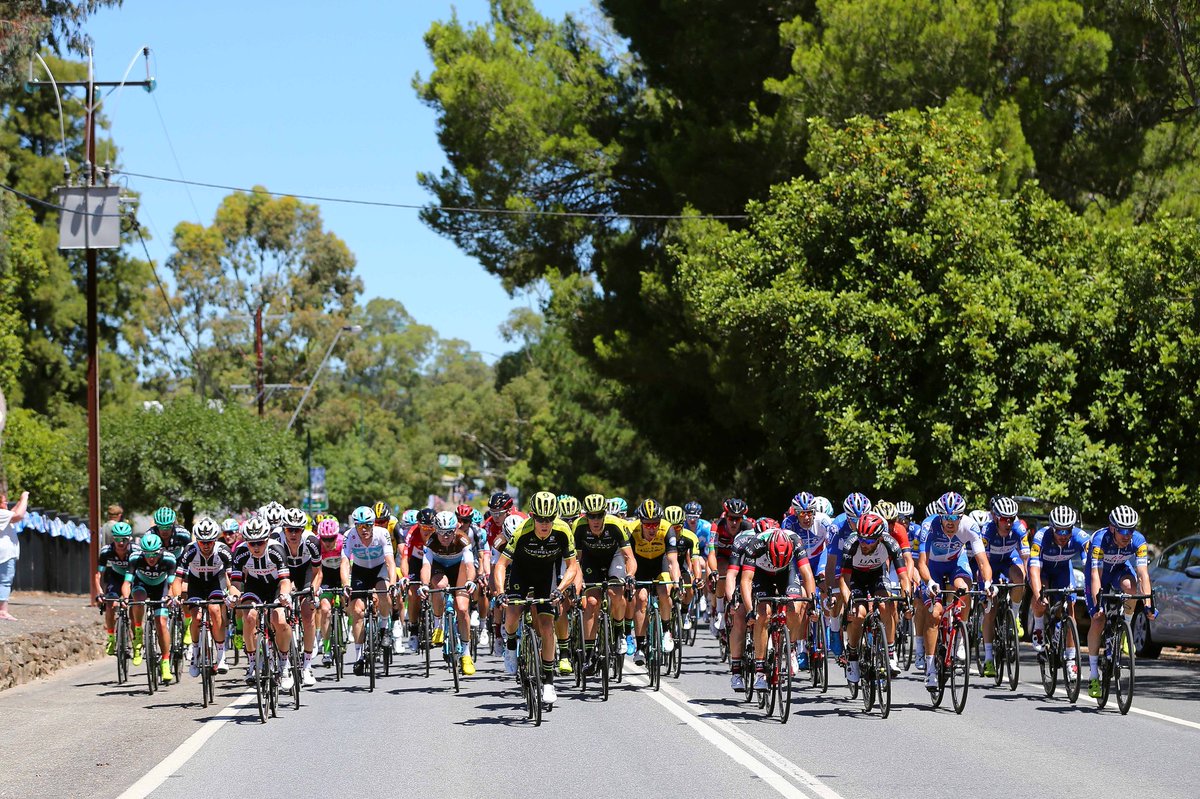 The scorching finish from the Mitchelton-SCOTT duo capped a day where the peloton bade its time, while a lone warrior pushed ahead through the Adelaide Hills.

That man was young Spaniard Jaime Castrillo (Movistar), who held a consistent three-minute gap to the peloton after the breakaway cleared the final southaustralia.com intermediate sprint in Mylor.

It reminiscent of the performance shown by Australian Will Clarke (EF Education First-Drapac p/b Cannondale) in Tuesday’s opening stage.

The South African then faded away, where Clarke, Castrillo and Bowden diced for southaustralia.com intermediate sprint points in Oakbank and Mylor – Clarke winning both battles.

Castrillo took the mantle of the stage’s lone road warrior from Clarke as the two Australians faded from the front.

Maintaining a three-minute lead heading into the final series of circuits between Aldgate, Mylor and Stirling, the Spaniard began to wilt with 42km to the finish, as the peloton began to kick into gear.

But he pressed on for another 20kms before eventually being absorbed by the main group inside the final twenty.

With temperatures clicking over 34 in Unley for the neutral start, the race was a near-copy of Tuesday’s first stage, with a breakaway forging ahead while the peloton waited back for its final attack.

But the peloton was welcomed back to Stirling with strong crowds along the roadside through Adelaide’s northern suburbs and into the north-eastern foothills.

The men burning up the road in the breakaway were no doubt the same ones burning under their jerseys, with temperatures at nearby Mount Lofty reaching 32 degrees by race’s end.

Ewan’s win sets up another intriguing battle for Thursday’s Big Screen Video Stage 3, having won the stage last year and being a top-three finisher in the three sprint battles so far this year.

The peloton will make its way out of Glenelg for the Big Screen Video Stage  Thursday 18 January, with an expected finish in Victor Harbor.