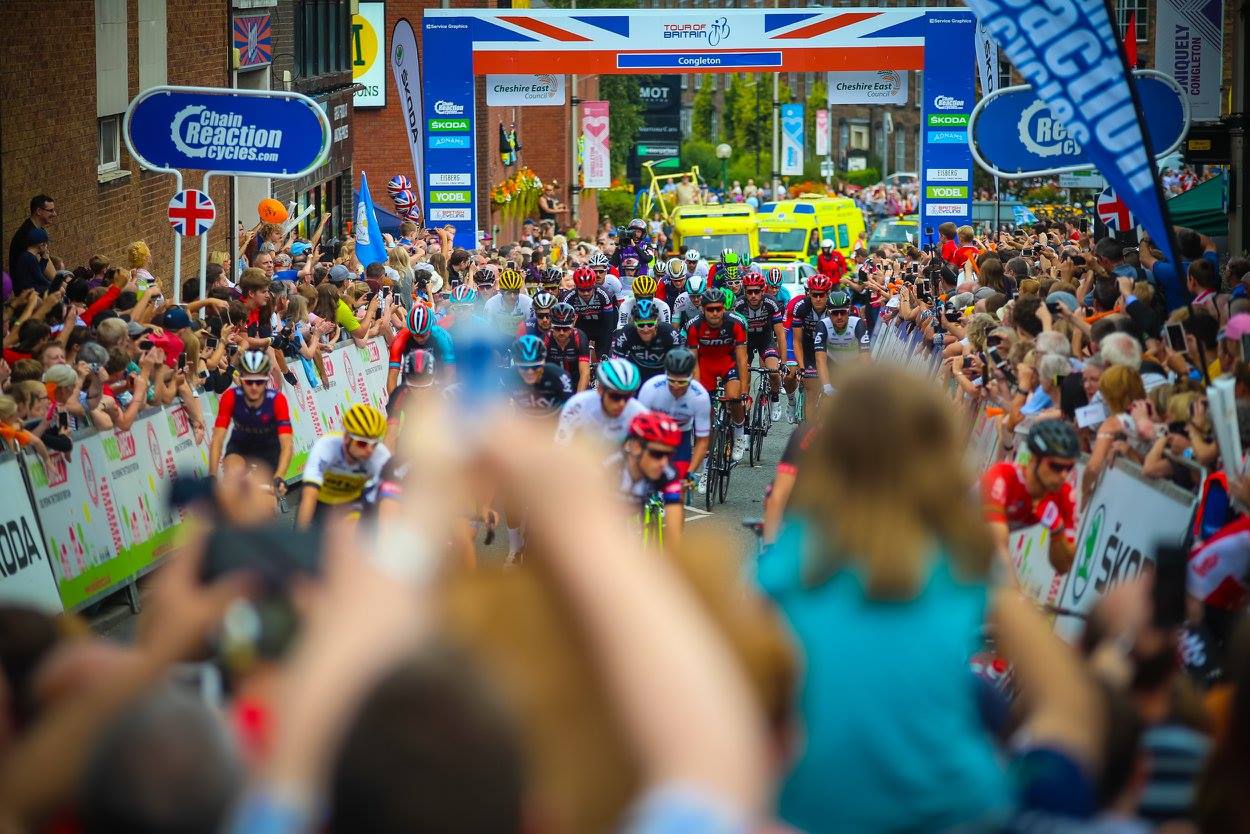 Ian Stannard soloed to a memorable stage victory in the beautiful surrounds of Tatton Park on the outskirts of Knutsford, as huge crowds lined the route of the first every Cheshire East stage of the Tour of Britain.

The Team Sky rider won by nearly two-minutes from breakaway companions Graham Briggs and Kristian House, to lead a British 1-2-3 at the end of the 180-kilometer stage from Congleton, with the peloton racing in over five and a half minutes down.

Speaking afterwards, Stannard, who lives locally to the Stage Three route in Wilmslow said; “It’s a pretty big day for me. I was motivated for this stage because it was pretty much on home roads.

“I was keen to get away. It’s always nice to win from a breakaway and go solo too. I really enjoyed it today. I knew I want to go over the top of the Cat and Fiddle with about five minutes on the peloton, we’d have a chance on the run-in then. I heard it went out but I didn’t know much more. I was just happy to be up there.”

After being waved away in front of the biggest crowds of the week so far in the historic market town of Congleton, it was Matt Cronshaw of Madison Genesis who lit the race up, attacking as soon as the race was de-neutralised on the outskirts of town, taking Briggs, House and Stannard with him.

The break was down to three by the time it reached the second SKODA King of the Mountains climb of the Brickworks, with Cronshaw distanced and eventually swept up on the day’s final categorised climb of the Cat & Fiddle.

Over the top of that climb as the route navigated a series of false flats across the moors of the Peak District National Park Stannard went away, casting Briggs and House adrift to then contest their own race for second.

Stannard was long since finished and celebrating with family and his team as Briggs and Middlewich resident House fought out the battle for second, Briggs staying on the ONE Pro Cycling man’s wheel to come around House in the final metres for the runner-up spot.

Andre Greipel retains the Yodel Sprints jersey going into Stage Four in Wales, while Xandro Meurisse keeps the SKODA King of the Mountains jersey for a further day. The Belgian enjoyed a day long tussle with Nicolas Roche for the remaining points at each of the three climbs, but only managed to extend his hold on the jersey by a solitary point.