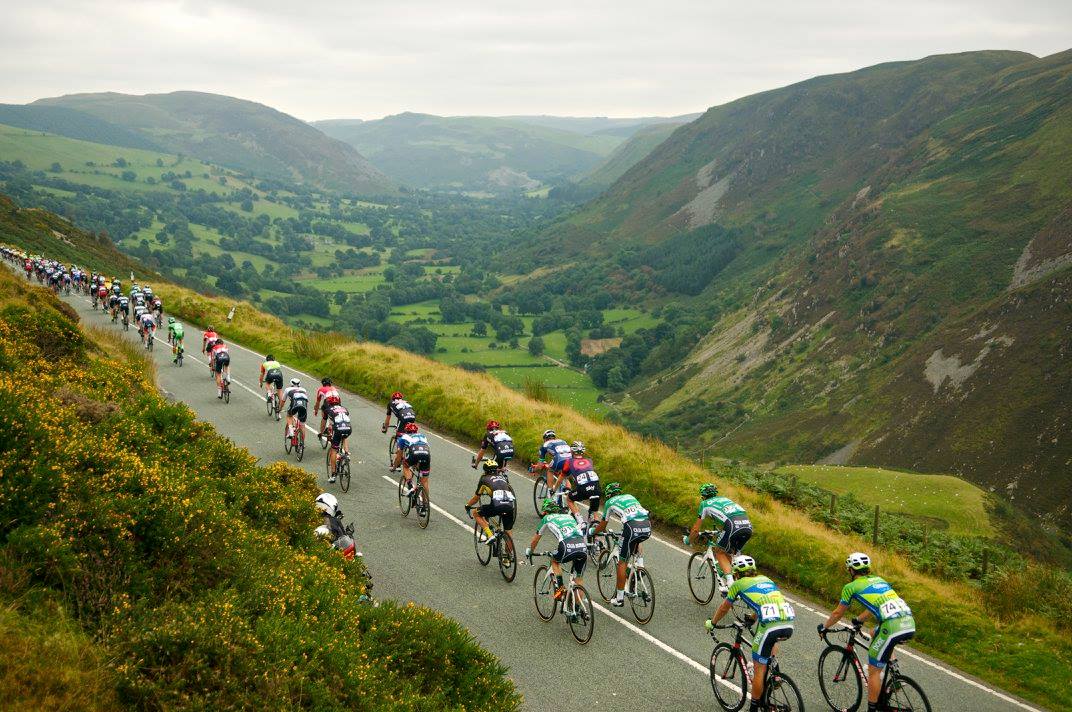 The 23-year-old LottoNL-Jumbo rider held off Great Britain’s Dan McLay to win by half a bike length, while Team Sky’s Ben Swift rounded out the podium in third place.

In the meantime, Julien Vermote crossed the line in fifth to retain his six-second overall lead.

Meanwhile back in the peloton, Cannondale-Drapac led the chase, as the group continued the chip away at the breakaway’s advantage.

With 56 kilometers to go, Tonelli decided to attack his fellow breakaway companions. But, the Italian rider’s efforts were brought to a close 10 kilometers later.

After the peloton came back together, several unsuccessful attempts were made by various riders to form a new escape. All were chased down.

Several sprinters got into trouble on an unclassified climb with 30km to go, with Mark Cavendish (Dimension Data) and Caleb Ewan (Orica-BikeExchange) both distanced from the back of the bunch.

Lotto-Soudal hit the front of the peloton in the final 15km to try and set up stage one winner André Greipel. The Belgian team maintained the high pace making it harder for the dropped riders to regain contact.

Despite their work, Greipel seemed to get caught out by the tight bends leading into the finish straight as LottoNL-Jumbo hit the front, and came home outside the top 10.

LottoNL-Jumbo, however, put their rider in the perfect position for the victory, and as Groenewegen opened up his sprint early with McLay on his wheel, the Brit could simply not come past him.