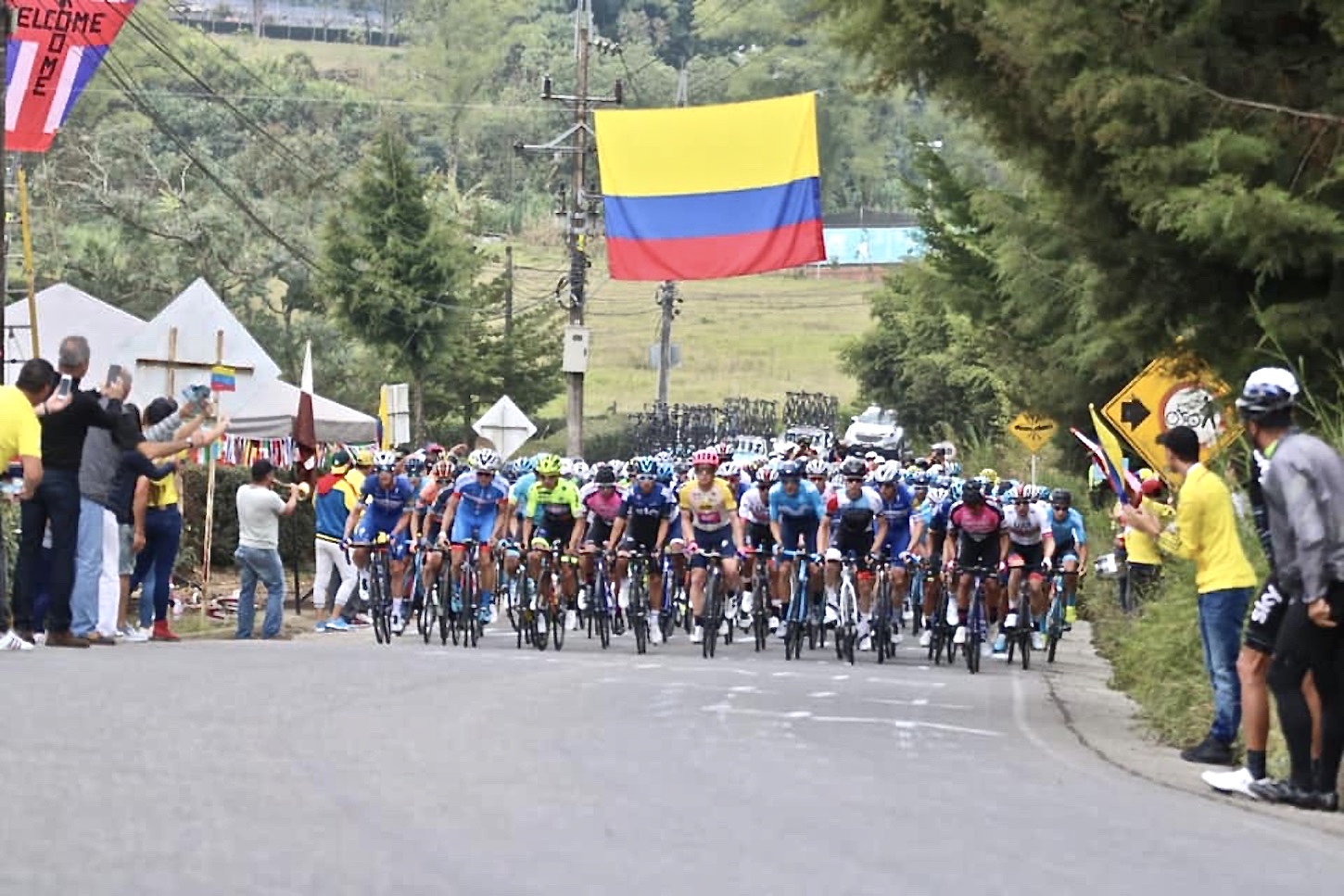 Sebastian Molano (UAE Team Emirates) claimed stage 3 of the Colombia Tour today, after the Colombian rider emerged victorious from a small group to win the sprint ahead of Julian Alaphilippe (Deceuninck-QuickStep) and Diego Ochoa (Manzana Postobon).

“It was a beautiful moment, to get my first win with my new team and doing so here in Colombia – it’s fantastic,” Molano said after the stage.

“I felt great all day, on the climbs my legs were good and I found myself secure in the finishing straight for the sprint. The work of my teammates getting there was perfect all day. I want to thank the team who kept me going throughout the stage.”

Back up front, the escapees managed to open up a gap, which at one point swelled to almost fives over the chase, with Angarita taking the top bonus points during the second sprint, followed by Ramirez and Duarte.

While ascending the Alto Nano for the third time, Castro was dropped from the group, leaving Munoz, Duarte Ramirez and Angarita off the front.

The peloton later split in half on the climb, with all of the top GC riders in the front group.

EF Education First came forward with Team Sky to help with the chase effort, which served to bring the gap down to a more manageable 2:20.

With 32 kilometer to go, the escapee’s advantage was reduced to 1:25, while a short-time later it fell to just 40 seconds.

The breakaway group was finally caught with around 10 kilometers to go when the small field containing many of the top climbers began attacking one another on the winding ascent toward Llanogrande.