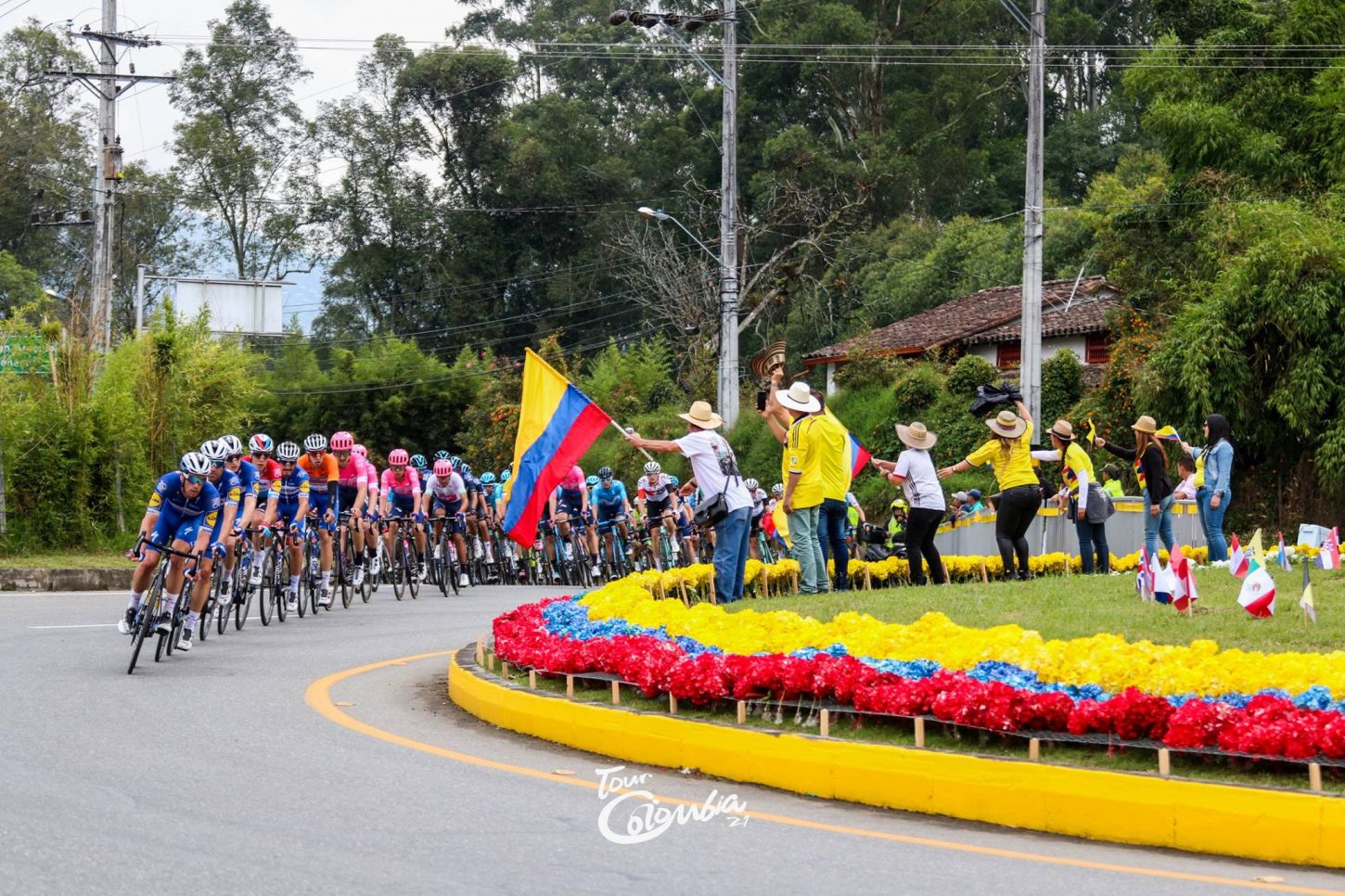 Deceuninck-Quick-Step’s Bob Jungels won stage 4 of the Tour Colombia today, after the Luxembourgish champion launched an attack during the final kilometer to hold-off his closest rivals Mihkel Raim and teammate Julian Alaphilippe to claim the race honors.

Räim (Israel Cycling Academy) tried to stay on terms with Jungels, but found the Deceuninck-QuickStep’s final attack unassailable, finishing just ahead of Alaphilippe.

The race for the intermediate sprint later forced a group of six riders to break clear of the peloton at the 36 kilometer mark, which included Lopez, Arango, Rubiano, Jaramillo (Manzana Postobon), Fredy Montana (EPM) and Bayron Guamá (Ecuador).

Arango subsequently took the first KOM points of the day during lap 2 ahead of Jaramillo and Lopez.

From there, the escapee’s advantage grew to 2:10. Lopez, who started the day 22 seconds behind race leader Rigoberto Uran (EF Education First), kept the pressure on for the intermediate sprints, collecting another three-seconds bonus on lap 3 for a total of six-seconds to that point.

Arango took top honors in the KOM competition in lap 4, just before the leaders’ gap began to fall considerably.

Heading into the fifth lap, their lead was now holding at just 1:07 over the peloton, while the EF Education First team led the chase effort in earnest.

Arango denied Lopez the maximum bonus during the final intermediate sprint, followed by Rubiano in third.

Entering the final lap, the leaders were still clinging to 1:08 margin. But, they were eventually reined in with 10 kilometers to go after Movistar and Team Sky set a blistering pace at the front.