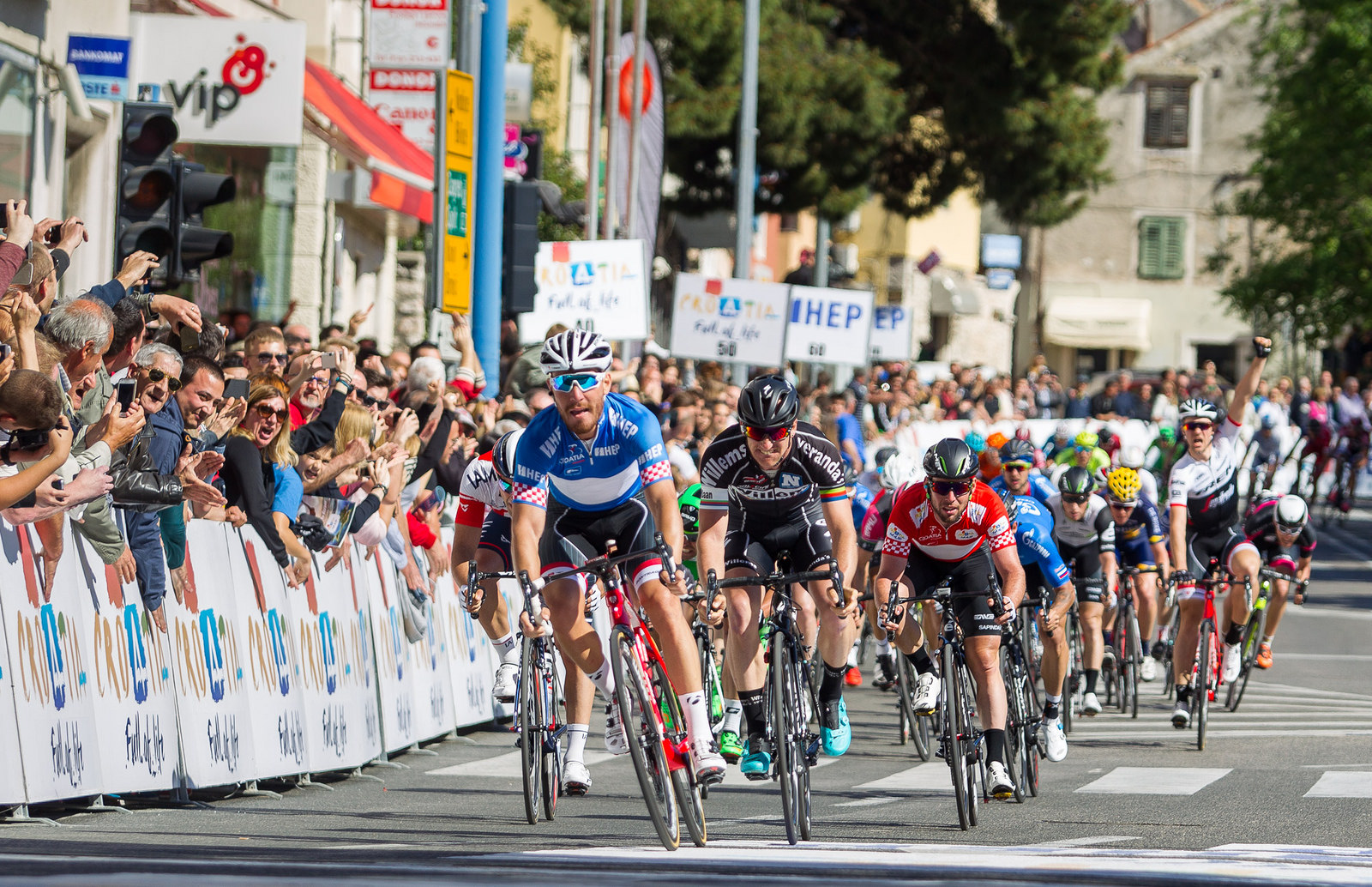 “In the finale it was not possible for us to organise a lead-out with the tricky circuit, so I just tried to find my own way,” Nizzolo said after the finish.

“I knew that Cavendish was here with a good team for the sprint train, so I stayed around them. I just found a good position into the last corner and stayed cool to start [my sprint] at the right moment.”

Today’s stage saw a breakaway group containing Alexey Kurbatov (Gazprom-RusVelo), Matej Drinovic (Adria Mobil), and the Cycling Academy’s  Guillaume Boivin and Guy Sagiv, get underway early on, with the group later building up a massive lead of more than 10 minutes over the peloton.

However, with 40 kilometer remaining, Boivin decided to jettison his breakaway companions and set out on his own.

From there, the Cycling Academy rider managed to remain out front until the final 5 kilometers, where he was finally caught.

In the meantime, the peloton succeeded in reclaiming what was left of the escapees along the way, with Dimension Data and Trek-Segafredo driving the pace.

Heading into the final few hundred meters, surrounded by plenty of support from his team, Cavendish looked poised for victory.

But, a miscalculation saw the British rider unable to fully open up his sprint, allowing Nizzolo to come around him with a final surged during the closing meters – to seize the stage honors.

Tour of Croatia 2016 stage one result