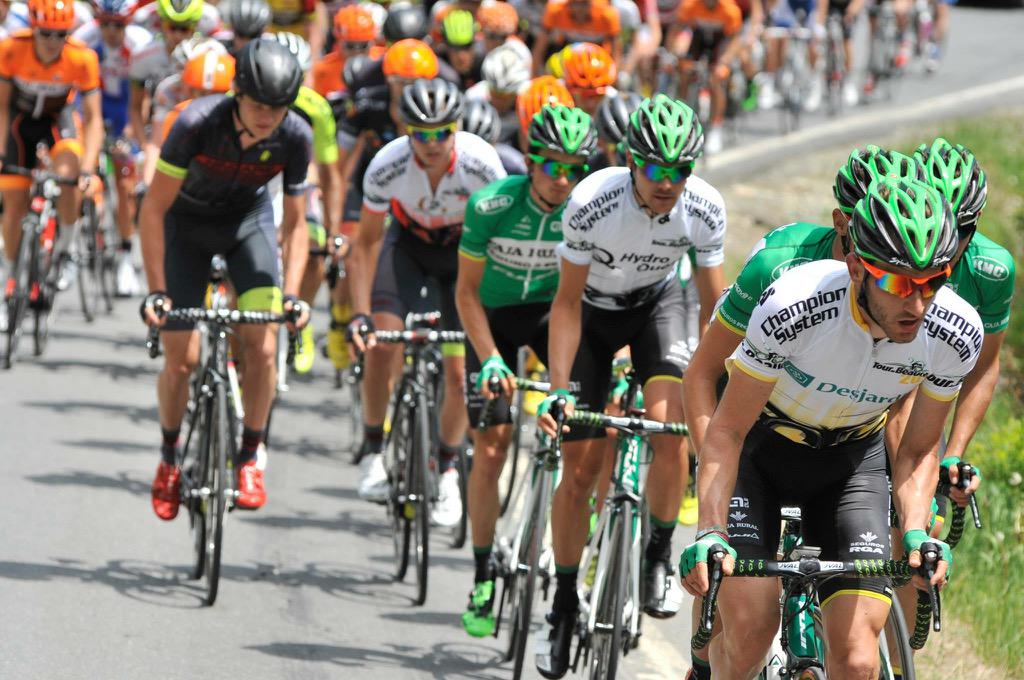 Three in three for the Spaniards, but the yellow jersey remains on the back of the Latvian Toms Skujins of Team Hincapie. The Quebec City stage of the 30th Tour de Beauce belongs to Carlos Barbero of team Caja Rural-Seguros RGA topping the final sprint against Dion Smith (Team Hincapie) and Jure Kocjan (Team Smartstop).

With his second place in the stage, Smith moved up to second place overall, just behind his teammate Skujins, while the two Spaniards, Txurruka and Bilbao, are sitting third and fourth.

This situation sets the stage for heated battle in the final stage to take place Sunday through the streets of Saint-George. “We are one and two in the overall standings,” said Toms Skujins, and our team is very strong when we work together and now everyone feels great. Is it me or Dion that will take the yellow jersey, I do not know exactly who and it makes no difference, as long as it is the team.”

His teammate Smith said he was happy with his race. “It was a very good race for us, we are the strongest when the whole team works together. We followed the guy in the first 10 laps and everything was fine. I rode well, I feel good, I was in every shot today and I consider myself as an alternate to conquer the yellow jersey if Toms (Skujins) finds trouble.”

For the holder of the yellow jersey, the race was not a cakewalk. “It was harder than we thought,” he summarized. “It was not us who worked to bring the breakaway. Personally, I still had good legs. I was a little surprised to see Caja Rural attack, but that was their strategy. We are two very good teams and it will be a good fight for the last stage, with different strategies.”

If the title of most aggressive rider would be awarded, there is no doubt that the prize would immediately go to Guillaume Boivin of Optum pb Kelly Benefits Strategies. Again today, the great cyclist and Friday night criterium winner, showed up in the breakaway for most of the duration of stage.

“I’m glad,” he has said about the three breakaway riders. “Nine times out of ten this break would make it to the finish line. When we caught up with the Caja Rural rider, he would not take his relay. We did not try to catch him right away to get him tired. Then his team forced the train, and I was caught in the final descent of the Gilmore hill. I had great legs and there are many cyclists who think that, because of my size, I’m not a good climber. This is not the case. It was fun to run in Quebec City and to my family.” 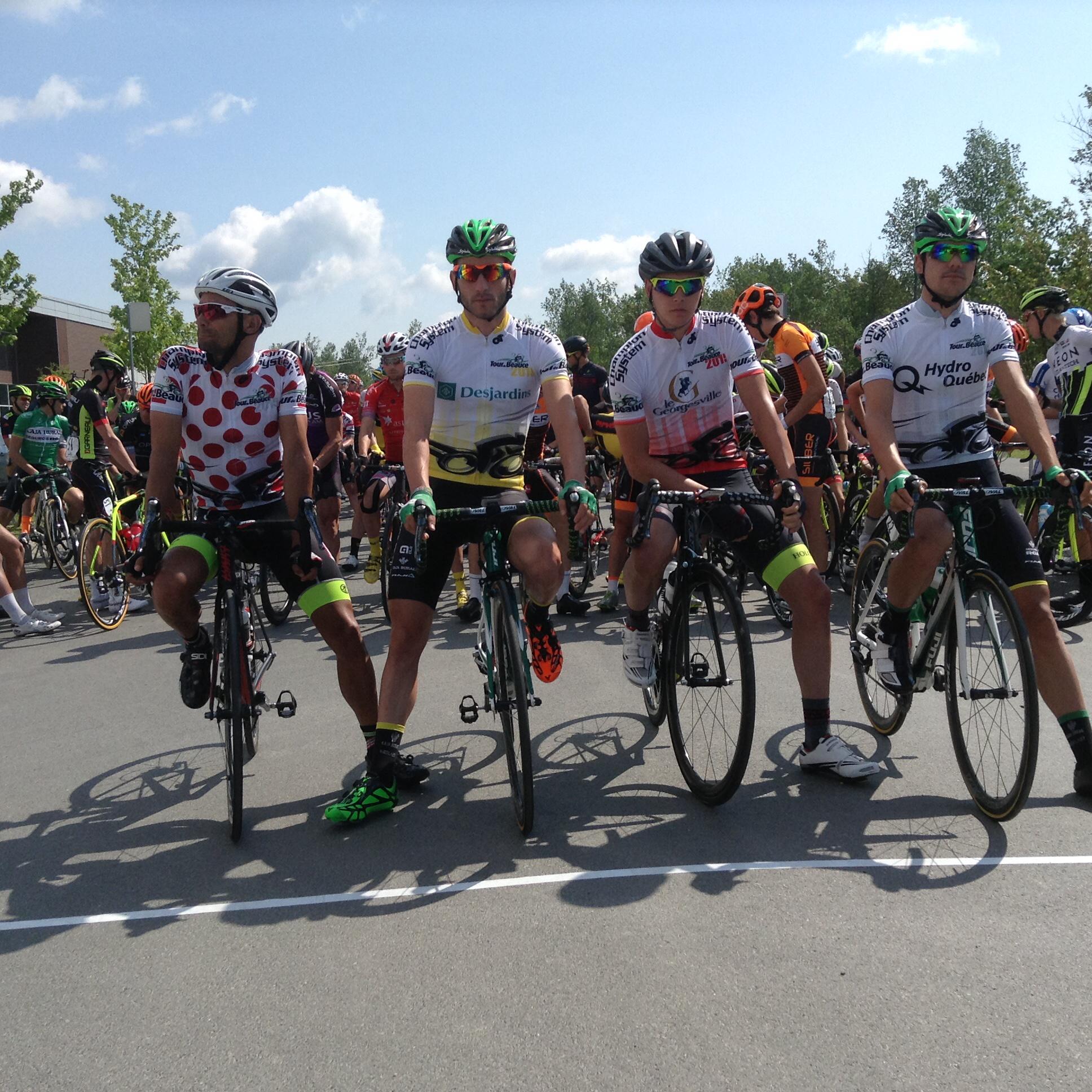