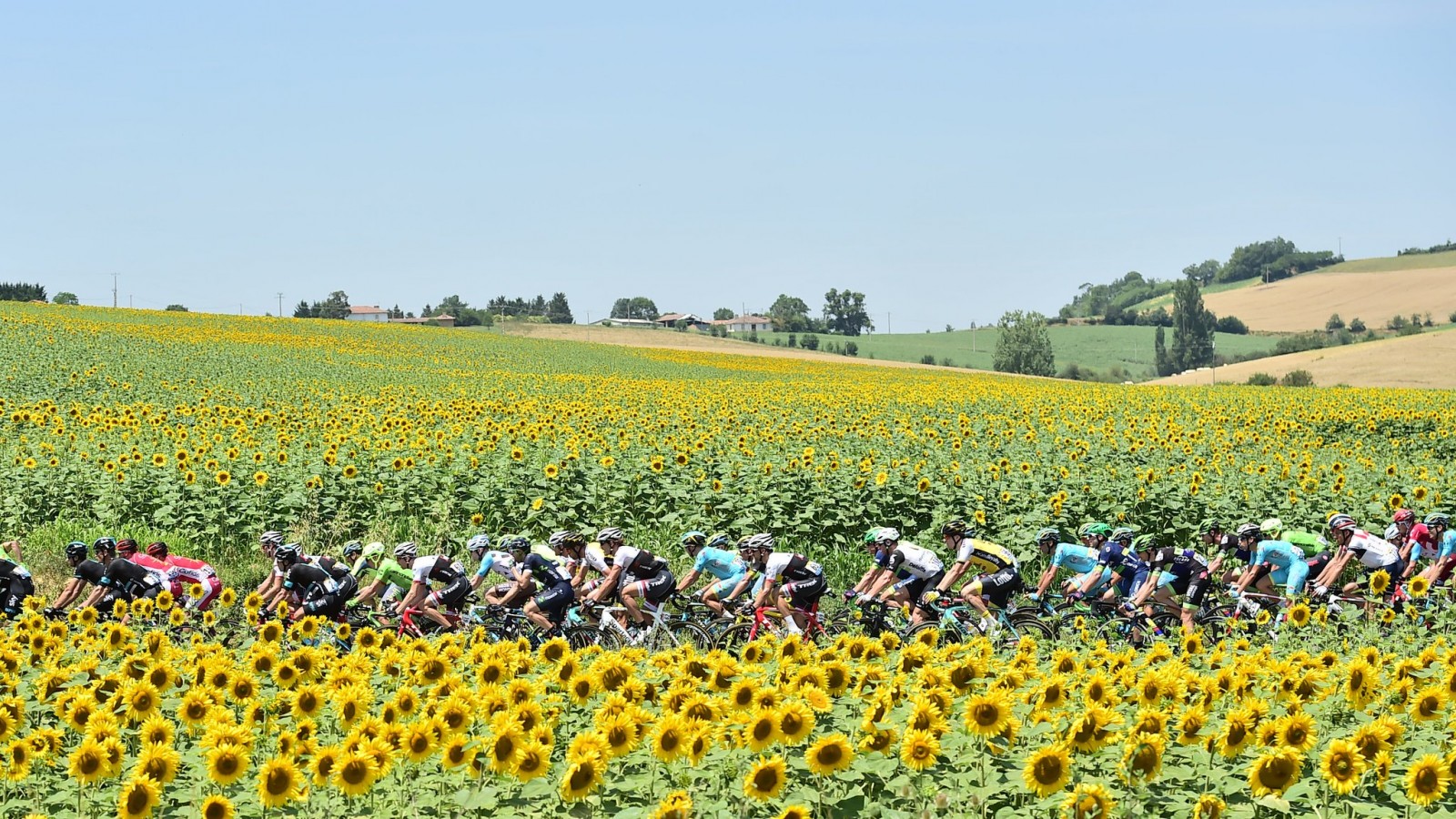 Steve Cummings claimed stage 7 of the Tour de France today, earning his Dimension Data team its fourth stage victory in this year’s French Grand Tour, after the British rider soloed away during the final climb of the Col d’Aspen.

Cummings and Van Avermaet were part of a large breakaway group that succeeded in riding clear during mid-point in today’s 167.5 kilometer stage from L’Isle-Jourdain to Lac de Payolle, that included the Category 4 climb of the Cote de Capvern and finished with the venerable Category 1 climb of the Col d’Aspen –  just 7 kilometers before the finish.

With 27 kilometers to go, Cummings managed to ride clear of his breakaway companions, while steadily building up a decisive advantage over the chase. And, by the time he had reached the summit of the Col d’ Aspin, the Dimension Data rider had opened up a minute lead over his rivals.

“The climb was 5 or 6 percent and that’s good for my characteristics. And when you’re on the limit and in a chase you never trust anyone except your own teammates,” Cummings said. “So I just carried on, as you do.”

After a series of failed attacks, a 29-rider lead group finally formed around the 60 kilometer mark, with the likes of Fabian Cancellara (Trek-Segafredo), Tony Martin (Etixx-Quick Step), Vincenzo Nibali (Astana), Van Avermaet and Cummings among them.

However, the group began to dismantle once they reached Cote de Capvern with 45.8 kilometers to go.

From there, Cummings found himself amongst a small group of riders containing Matti Breschel (Cannondale-Drapac), Daniel Navarro (Cofidis) and Anotine Duschene (Direct Energie), while an eight rider chase group including Impey, Nibali and Van Avermaet trailed closely behind.

Unwilling to hang around and get caught, Cummings decided to attack during the approach to the Col ‘d Aspin, leaving his fellow escapees unable to respond to his aggressions. And, by the time he had reached the summit of the climb, Cummings had opened up more than a one minute lead over his three chasing rivals.

However, Cummings decided to play it safe during the descent, while he continued to maintain a comfortable margin heading into the final kilometer and run-in to Lac de Payolle.

In the meantime, Impey claimed the sprint for second place ahead of Navarro and Nibali, while Van Avermaet finished in fifth, extending his race lead to more than six minutes over Julian Alaphilippe (Etixx-Quick Step).

Back in the peloton, there were no significant changes amongst the top GC contenders like Nairo Quintana (Movistar) or Chris Froome (Team Sky).

But, Thibaut Pinot (FDJ) was the biggest casualty of the day, as the French rider failed to hold the pace and lost well over two minutes to the top race favorites.

Additionally, there was more drama heading into the final kilometer, wherein an inflatable Flamme Rouge arch collapsed on a number riders, with Adam Yates (Orica-BikeExchange) getting the worst of it.