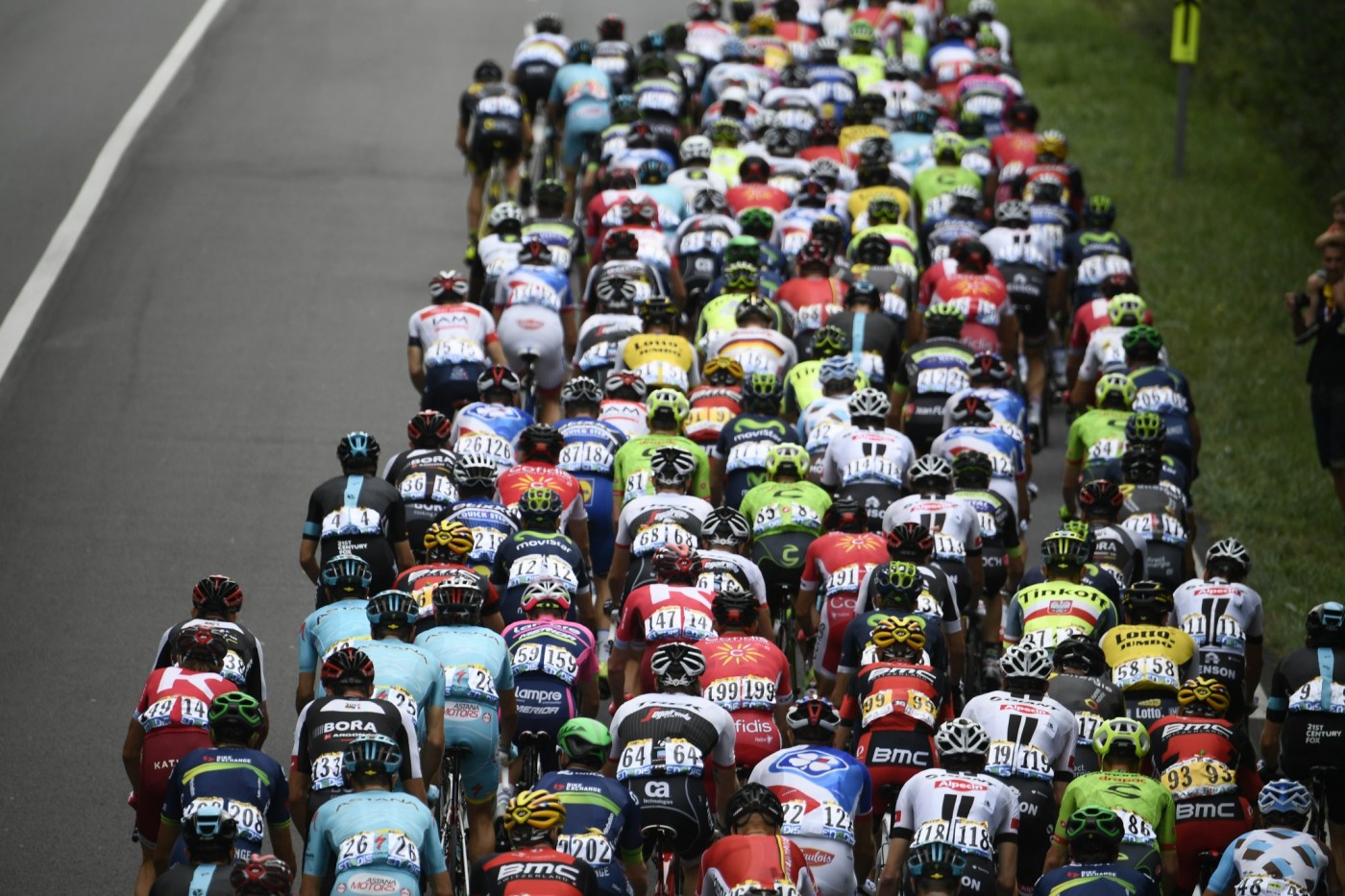 Chris Froome (Team Sky) finally rose to prominence in this year’s Tour de France, after the defending champion attacked following the summit of the Col de Peyresourde – subsequently distancing his rivals along the descent into Bagnères-de-Luchon to claim today’s stage 8.

The main GC favourites were all together during today’s final climb, with no attacks able to stick on the way up the Peyresourde.

However, a determined Froome succeeded in riding clear just after the summit with a little over 15 kilometers remaining.

With only a 10 second advantage however, it appeared as though the chase being led by the Movistar duo of Alejandro Valverde and Nairo Quintana, would catch the British rider.

But Froome took every chance he could along the descent, in an effort to keep his rivals at bay.

After reaching the bottom of the descent, Froome was still clinging to a 15 second gap, which prompted the Sky rider to reach even further into his reserves during the final run-in to the finish.

The biggest GC casualty of the day was Alberto Contador (Tinkoff), who lost well over a minute after being dropped along the Peyresourde, and now looks to concede his team leadership to Roman Kreuziger.

After 50 kilometers of racing, the trio of Tony Martin (Etixx-Quick Step), Thibaut Pinot (FDJ) and Rafal Majka (Tinkoff) managed to ride clear of the peloton along the climb of the Col de Tourmalet.

From there, the escapees succeeded in building up a two and a half minute over the chase.

However, their advantage began to diminish quickly over the next climb, and they were eventually reined along the slopes of the Col de Val Louron-Azet with a little more than 42 kilometers to go.

In the meantime, as many expected, race leader Greg Van Avermaet (BMC) suffered greatly during today’s climbs, ultimately conceding the yellow jersey to Froome, who now leads the race by 16 seconds over Adam Yates (Orica-BikeExchange), followed by Rodriguez with the same time.