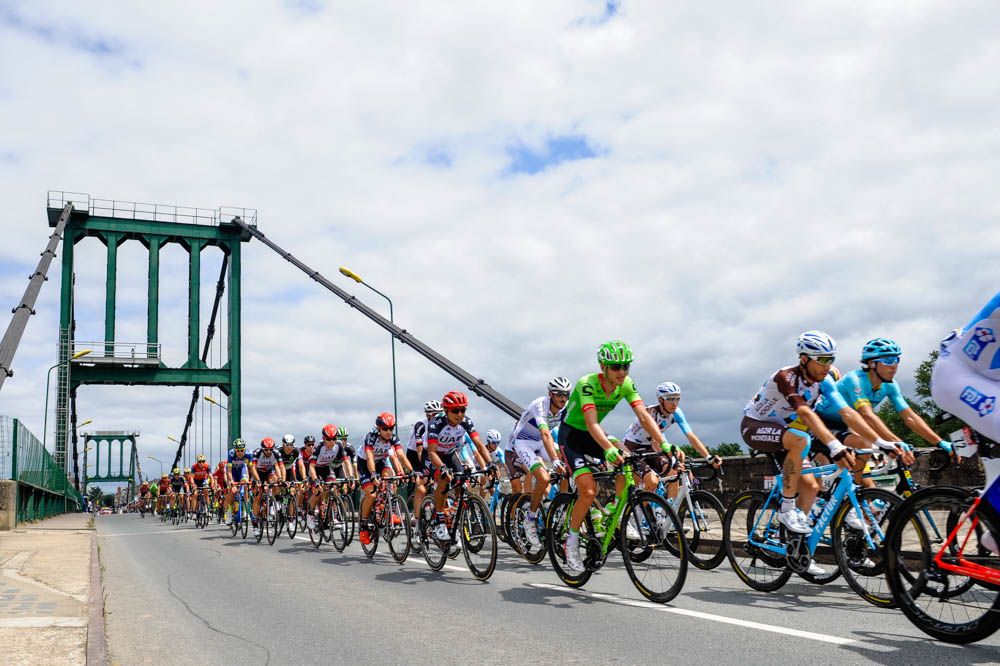 Kittel, who now has 14 career stage wins at the Tour, said, “it’s incredible because sometimes when you are on your top level, on your top game in the sprint, it’s like playing Tetris and the last days I always got the right gaps and I never made a mistake.”

Meanwhile, Chris Froome finished safely in the peloton to retain his hold on the yellow jersey ahead of Thursday’s much anticipated mountain stage.

Maciej Bodnar (Bora-Hansgrohe), who had attacked from out of the day’s original breakaway, managed to hold out until the final 250 meters before being caught by the sprinters.

Bodnar was previously joined by Marco Marcato (UAE Team Emirates) and Frederik Backaert (Wanty-Groupe Gobert) as part of the day’s initial breakaway, which got underway went from the outset of the stage.

From there, the trio went on to establish a maximum advantage of around four minutes over the peloton.

On a relatively uneventful day at the Tour, a crash at the feedzone with just over 90 kilometers to go, saw one of Fabio Aru’s key Astana support riders, Dario Cataldo, fall and abandon the race due to injuries.

There was another small crash on the only categorized climb of the day with around 50 kilometers to go, as Arthur Vichot (FDJ) and Sonny Colbrelli (Bahrain-Merida) took a fall. That caused a brief split in the peloton, but everything was back together shortly after the climb.

Bodnar then decided to commence a solo attack with 25 kilometers remaining, subsequently opening up a 40 second gap, while his former breakaway companions fell back into the clutches of the peloton.

Alberto Contador (Trek-Segafredo) would later become involved in a crash, alongside his teammate Michael Gogl, just a couple of kilometers later, but the Spanish rider appeared to be uninjured and was quickly paced back to the peloton by Jarlinson Pantano.

Bodnar valiantly held out for almost the entire race, but was eventually caught as he tired, while Kittel was able to use his immense sprinting power to claim a fifth stage victory.