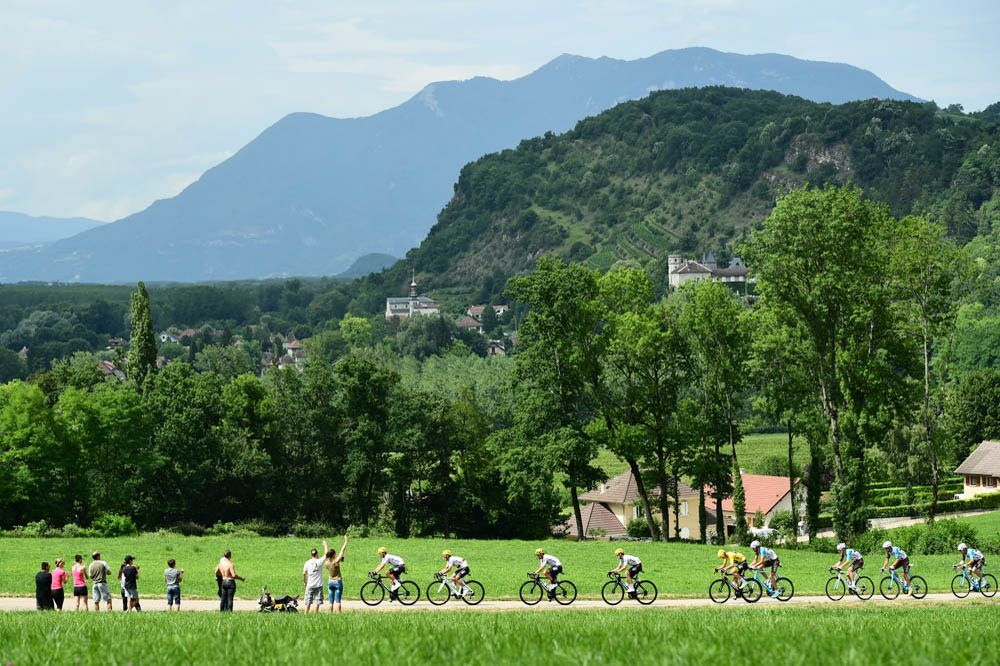 Rigoberto Urán sprinted to a jaw-dropping photo-finish victory in Chambéry in a thrilling climax to an incident-packed Stage 9 at the Tour de France.

It initially appeared Barguil – who had also attacked alone and led over the final climb before being caught by compatriot Bardet – had snatched victory in a scintillating sprint and the Frenchman burst into tears as he celebrated. But the photo-finish soon revealed Uran had edged him out.

The Colombian’s win was all the more remarkable as it was achieved with just one gear – he was unable to shift as his bike had been damaged in the aftermath of Porte’s crash.

Team Sky’s Froome stays in the yellow jersey but will now be without his lieutenant Geraint Thomas for the rest of the race. The Welshman crashed on the descent of Col de la Biche, the first of three hors-category climbs, and abandoned with a suspected broken collarbone.

On the final climb of Mont du Chat, Froome’s gears failed and he dropped back to change his bike, prompting Aru to simultaneously launch an attack. But it appeared the Astana Pro Team rider was told to wait by BMC Racing Team’s Porte in view of Froome’s mechanical.

After an energy-sapping day that elite six-man group raced into Chambéry and there was more drama to come as Barguil celebrated a sprint win – only to be denied by the photo finish.

Uran said,“it’s unbelievable. I don’t really feel it’s true. I was actually leaving the stage, because I didn’t think I had won it. It’s a huge surprise for me.”

Barguil assumes the lead in the King of the Mountains classification, while Michael Matthews (Team Sunweb) won the day’s only intermediate sprint.

Arnaud Demaré (FDJ), who has been suffering with illness, reportedly missed the time cut and is out of the race – along with three team-mates.