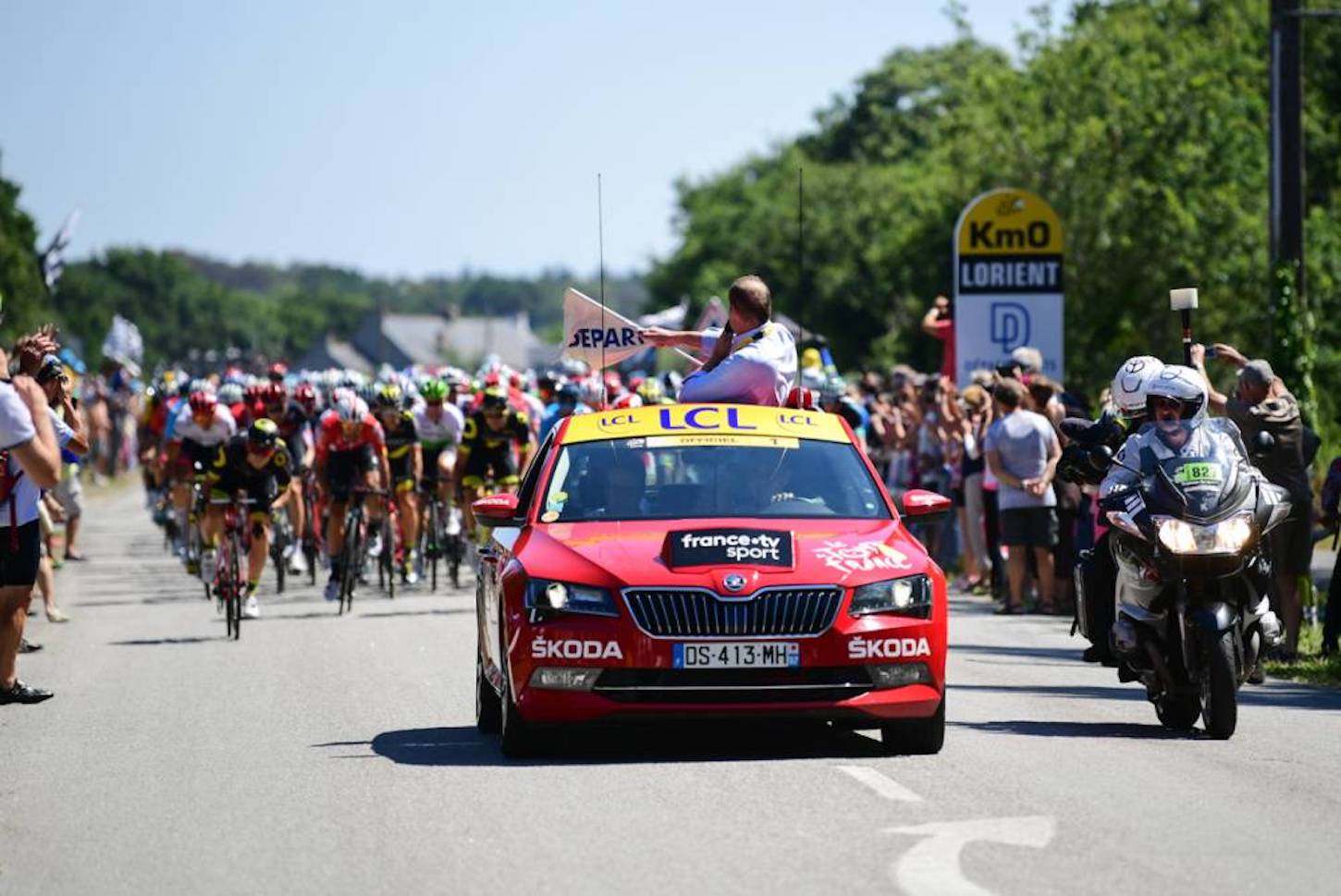 Peter Sagan (Bora-Hansgrohe) claimed stage 5 of the Tour de France in Quimper today, after the world champion out-sprinted Sonny Colbrelli (Bahrain-Merida) and Philippe Gilbert (Quick-Step) to seize the stage honors after a challenging day of racing that concluded in the rugged hills of Finestère.

Sagan and Fernando Gaviria (Quick Step Floors) are now even with two stage victories apiece, as they vie for the coveted Green Jersey.

However, the Colombian rider wasn’t able to stay on terms with the roaring pace Team Sky set toward the finish, monetarily thwarting his chances at winning his first ever green jersey, while his Slovakian rival came one step closer toward clinching a record-equalling sixth title in the points competition.

Meanwhile, today’s pace proved to be too much for many of the top sprinters, who were dropped from the peloton along the way.

For instance, Mark Cavendish faced the ignominy of being distanced by both the peloton and later the chase group, who was clearly feeling the effects of today’s repetition of short, steep climbs.

However, the group gradually dwindled until only two remained, with Tom Skujins winning enough King of the Mountains points at each summit to earn the polka dot jersey, making him the first Latvian rider to do so in the history of the Tour.

Once the peloton reined in the last riders, they swarmed towards the narrow bending streets of Quimper as one.

From there, Team Sky joined BMC at the front, after the American squad had done much of the work of chasing down the escapees.

The yellow jersey of Greg Van Avermaet (BMC Racing) continued to lead out the sprint, but was unable to match the furious pace being set by Sagan and Colbrelli.

Coming into the finish, Gilbert made a valiant effort during the final uphill drag, but the Belgian rider relented as the gradient continued to kick up.