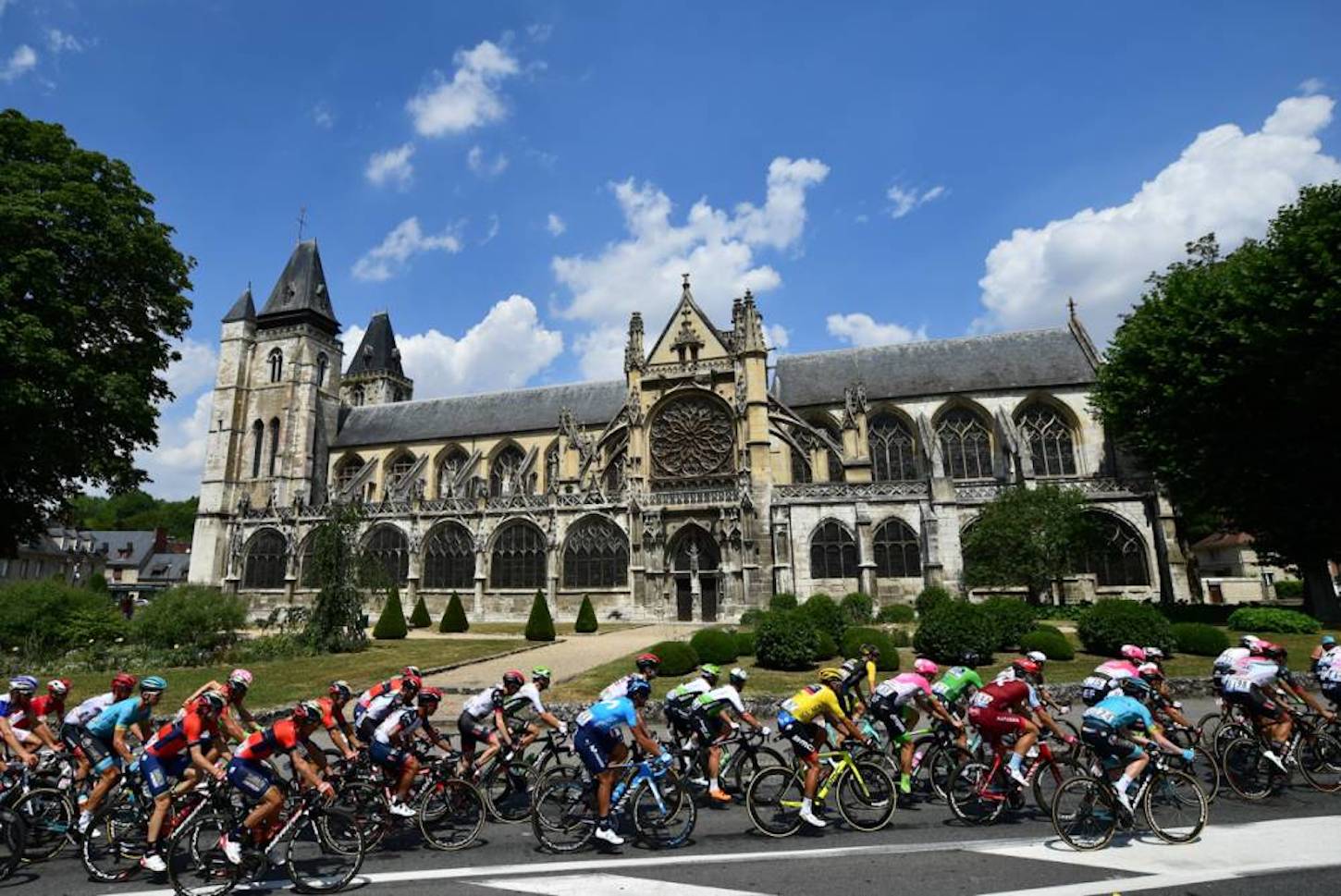 The Dutch rider came around Greipel with about 200 meters to go, while Peter Sagan (Bora-Hansgrohe) faded and Gaviria found himself boxed-in up against the barriers.

Sagan was the first rider to open up his sprint with about 300 meters to go, but Greipel and Groenewegen were keen to follow in the World Champion’s slipstream until he lost his impetus during the final 200 meters.

From there, Greipel came to the fore, but Groenewegen timed his sprint to perfection to overtake his German rival and win his third career Tour stage.

“The legs are better every day,” Groenewegen said after the finish. “Today it was a fast final with a lot of corners but the team did an amazing job and my position was good and I saw Gaviria and Greipel were fighting for position. I saw the finish and thought ‘this is the moment.’ It was a hectic final, but that’s every day in the Tour.”

“The first days [of the Tour] were not what I expected,” he added. “But the last two days were very good with the two wins, so I like that.

Meanwhile, BMC Racing’s Greg Van Avermaet stays in the yellow jersey ahead of tomorrow’s cobbled stage from Arras to Roubaix.

That left Grellier and Minnaard to spend the day out front alone.

With 16 kilometers to go, a crash in the peloton claimed Dan Martin (UAE Team Emirates) and Julian Alaphilippe (Quick Step Floors) among the casualties. The Irish rider later remounted, but at that point had lost 1:30.

With 7 kilometers remaining, Grellier was the last man caught by the peloton, as the race began shaping up for an inevitable sprint finish.

Philippe Gilbert (Quick Step Floors) attacked with 3 kilometers to go, only for Dimension Data and Lotto-Soudal to quickly rein in the Belgian rider.

Lotto-Soudal and Groupama-FDJ then hit the front during the final kilometer, with Sagan later launching his sprint, but nothing could be done to stop Groenewegen and his perfectly timed acceleration.