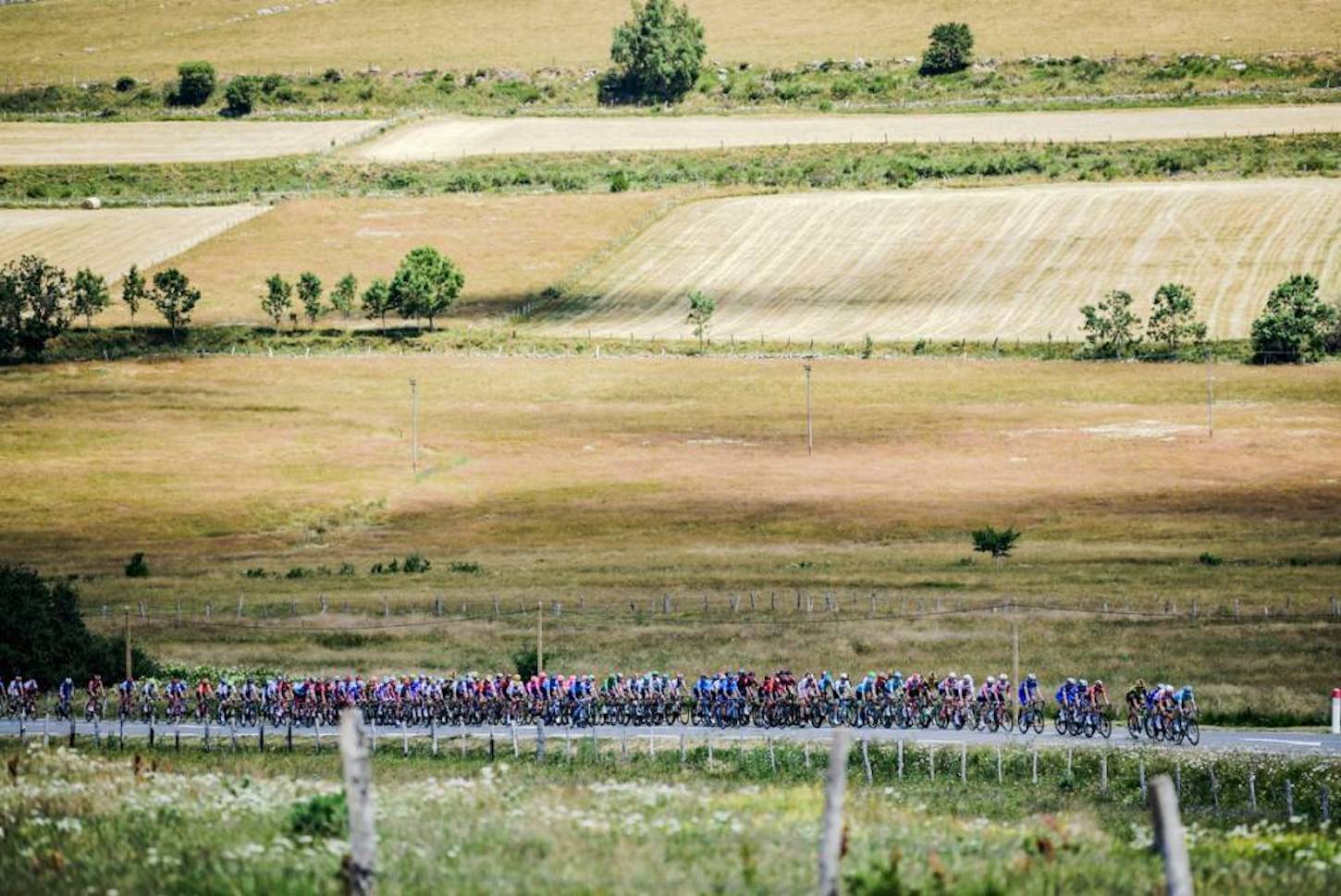 Meanwhile, Julian Alaphilippe (Deceuninck-QuickStep) finished safely in the peloton to retain his grip on the yellow jersey heading into tomorrow’s first rest day.

Things didn’t become animated in today’s stage until the final 40 kilometers, when EF Education First took up arms, creating the first racks in the peloton.

However, at one point, EF’s game plan fell apart, as their general classification leader Rigoberto Uran ended up on the wrong side of a split. Thibaut Pinot (Groupama FDJ), Jakob Fuglsang (Astana) and Richie Porte (Trek Segafredo) were the other key men to be caught out. Sprinter and favourite for the stage, Dylan Groenewegen (Jumbo Visma) was also in the second group. They eventually crossed the line with a time loss of 1’40”.

Further back, Mikel Landa (Movistar) was caught in a minor crash, which separated him from the second group and led to an eventual time loss of 2’09”. Julian Alaphilippe (Deceuninck – Quick-Step) stuck with the front group and was a key protagonist in the forcing of the gap. He stays in yellow and now enjoys a 1’12” advantage over next-placed rider, Geraint Thomas (Team Ineos).

The biggest loser on GC today was George Bennett who tumbles down the leader board after shipping more than ten minutes. The Australian rider, fourth overall this morning, was fetching water bottles for his teammates when EF, Bora and Ineos unleashed hell and was never able to regain contact with the front of the race.

Van Aert showed yet more of his prodigious talent as he defied the best sprinters in the world to grab victory out from under their noses. His team mate Dylan Groenewegen was among the bookie’s favourites at the start of the day but found himself languishing in the group behind. This left Van Aert, a canny classic rider who does well in crosswinds, with a free role to ride for himself. And he made sure he took it.

Viviani, Ewan, Michael Matthews (Team Sunweb) and Peter Sagan (Bora Hansgrohe) had to settle for the minor placings after successfully staying with the front group on the frenetic run-in to the finish line in Albi. There were only minor changes in the green jersey competition, Viviani leapfrogging Sonny Colbrelli.

Of all of them, Matthews will have the most reason to be disappointed after butchering another superb leadout from his team. Matthews trails Sagan in green by 62 points.

Riding in the breakaway, Natnael Berhane (Cofidis) was able to scoop up maximum points on all four of the day’s climbs. He leapfrogs Dylan Teuns into fourth, still some 23 points behind Tim Wellens. The polka dot jersey looked a little off the pace in the finale today, dropped as soon as the leaders put the hammer down.