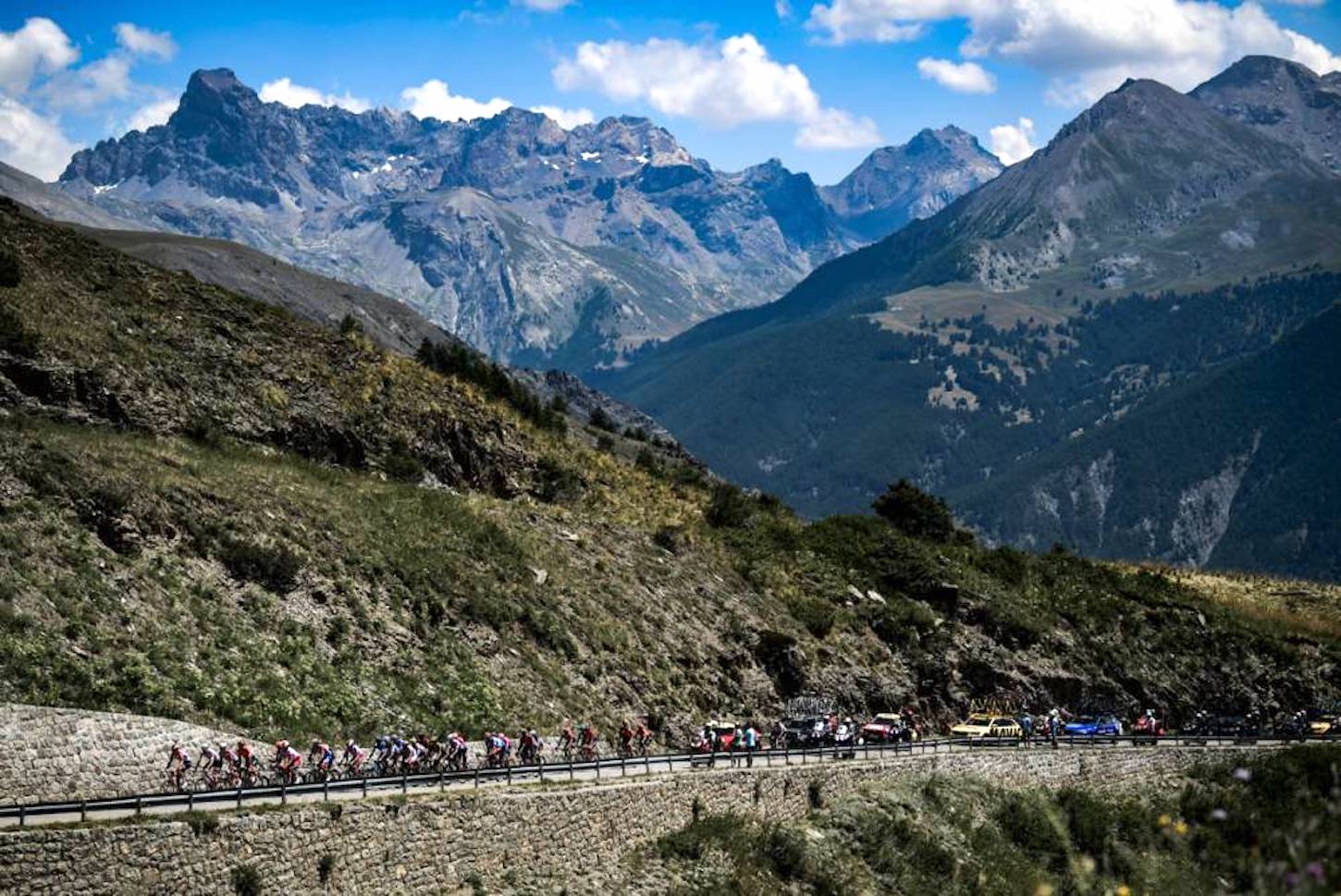 Nairo Quintana (Movistar Team) claimed stage 18 of the Tour de France today, conquering the Col du Galibier and descending in style to Valloire, to finish 1:37 ahead of Romain Bardet (AG2R La Mondiale), followed by Alexey Lutsenko (Astana Pro Team), who crossed the line in third, 2:28 down on the Colombian winner.

The result comes exactly one year after Quintana won on Col du Portet in last year’s Tour de France, moving the Colombian rider up to seventh place in the overall classification after the first of three days in the Alps.

Meanwhile, the yellow jersey stayed with Julian Alaphilippe (Deceuninck-QuickStep), who temporarily lost contact with the main group on the Galibier, but then brilliantly chased them down on the final descent.

Defending champion Geraint Thomas waited until the final kilometer of the Galibier before putting in his own attack, sparking a frenzy of activity in his wake that resulted in Thibaut Pinot (Groupama-FDJ) counter-attacking to briefly distance his compatriot Alaphilippe.

But, the Deceuninck-QuickStep rider dug deep to limit his losses over the summit before successfully closing the gap during the long 19km descent to the finish.

A group of 34 riders formed the day’s breakaway effort, which saw riders like Bardet, Quintana, Michael Woods, Damiano Caruso, Julien Bernard, Greg Van Avermaet, Tim Wellens and  Lutsenko open up an advantage of more than eight minutes over the peloton.

However, with each climb, their lead began dwindle, reducing the group to just 11 riders.

With 26 kilometers to go, Quintana attacked along the Galibier, subsequently opening up a slight gap for himself, while Bardet and Lutsenko were quick to respond.

Back in the chase, Dylan van Baarle led the group over the Galibier, with Bernal later jettisoning his companions in pursuit of the trio ahead.

Quintana later reached the summit to clinch a solo victory well ahead of Bardet, while Bernal had a gap of almost a minute over the rest of the chase.

Shortly thereafter, Thomas attempted to ride clear, while the rest of the group were quick to mark the Welsh rider’s move.

In the meantime, Alaphilippe could be seen struggling, prompting Pinot to seize the opportunity to drop his fellow French rival, later bridging his way to the Thomas group.

But, a determined Alaphilippe eventually made his way back to the group along the descent, and even managed to launch a brief attack before getting reeled back in.