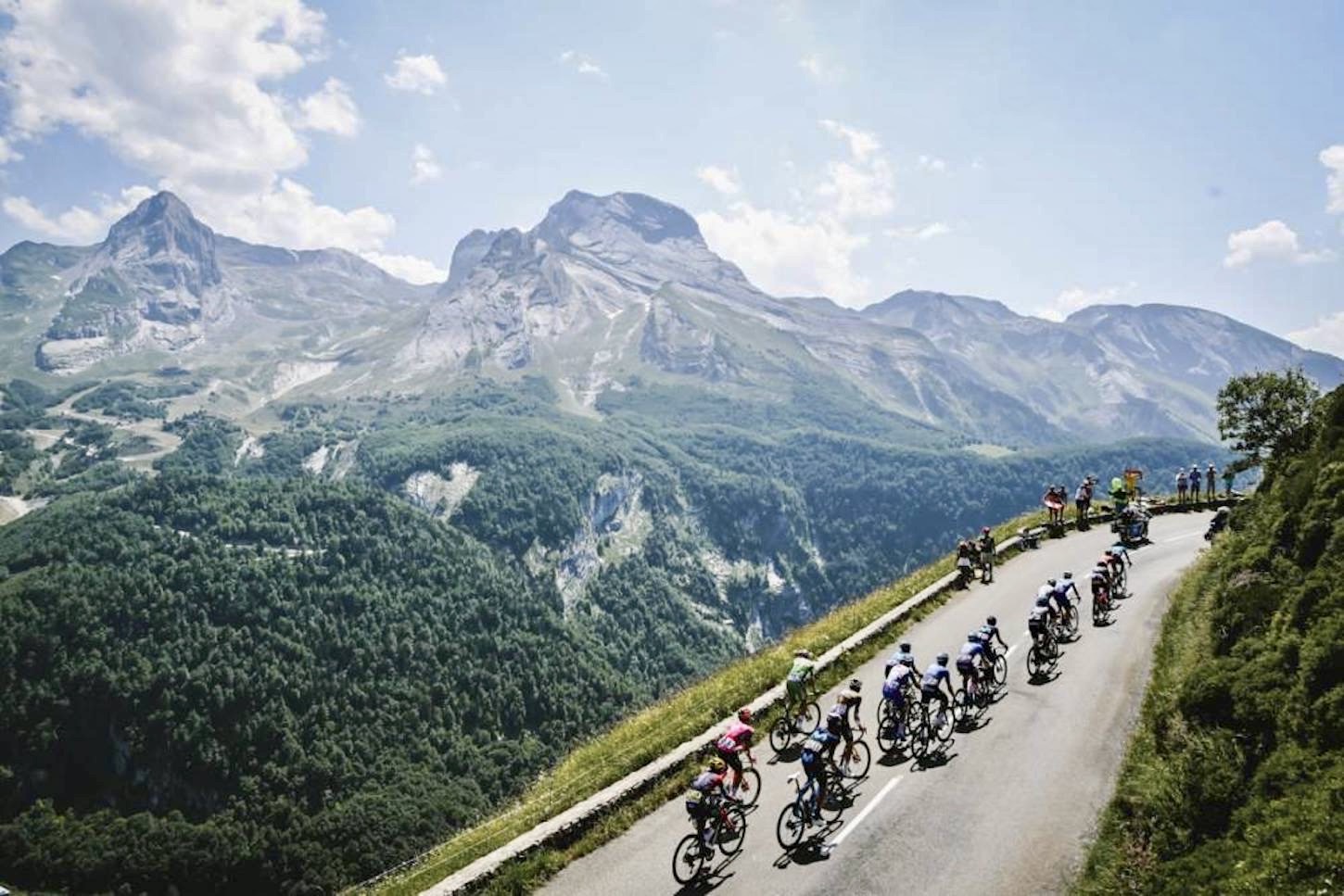 Jonas Vingegaard stamped his authority on the Tour de France today, after his Jumbo-Visma team cracked Tadej Pogačar (UAE Team Emirates) along the final climb to Hautacam, allowing the Danish rider to break clear during the closing kilometers to seize the stage honors and further cement his position as race leader.

However, not every thing went well for the two rivals, as Vingegaard and Pogačar both almost crashed along the descent of the Col de Spandelles. Unfortunately for Vingegaard, his squad was able to ride him back into contention before the final climb, while he graciously slowed in order to allow Pogačar to regain contact as well.

The Dane continues to lead the general classification by over three minutes with only a sprint stage, an individual time trial and a procession into Paris standing between him and the yellow jersey.

An early break featuring Van Aert finally pulled clear after an hour-long fight to escape the peloton, but all eyes were on the GC battle.

Pogačar unleashed a series of fearsome attacks on the Col de Spandelles, dropping everyone except Vingegaard as the GC group crumbled in their wake.

There was some drama on the descent when Pogačar crashed, and Vingegaard soft-pedaled to wait for his rival to regain contact, exchanging bonafides before the two resumed battle.

The final climb up the famed Hautacam saw Sepp Kuss and Geraint Thomas regain contact too, but Thomas slipped back with about 7 kilometers to go.

Still, the British rider managed retain his grip on third place in the overall classification.

Meanwhile, the remnants of the day’s breakaway group were finally reeled in, with Van Aert linking up with Kuss and Vingegaard during the last 5 kilometers, painting Pogačar into a corner with no team to support him.