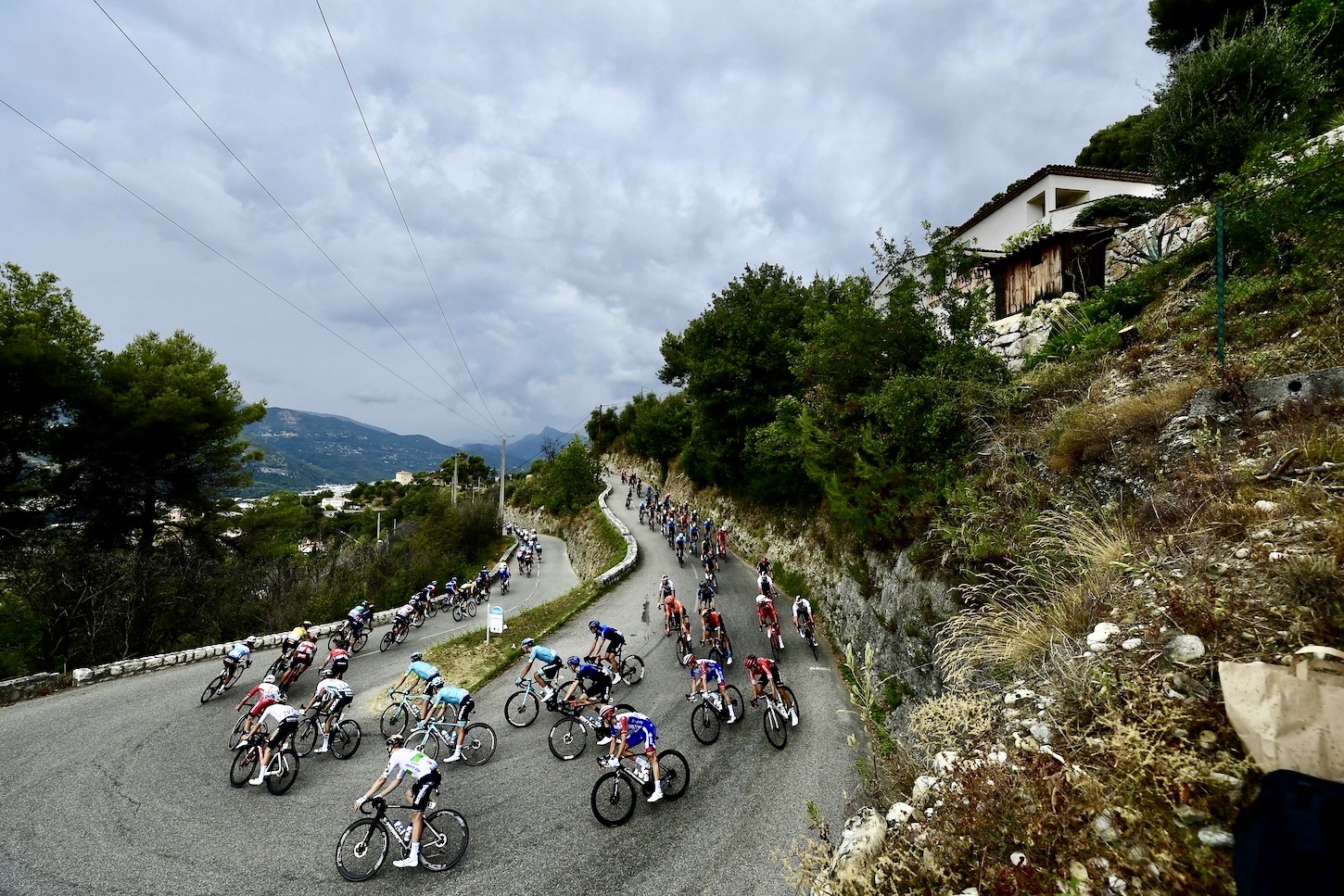 Alexander Kristoff (UAE Team Emirates) sprinted to victory in the opening stage of the Tour de France today, following a chaotic and crash-ridden day in Nice.

A crash inside the final three kilometers – one of many in an incident-packed opener – sliced the peloton in two, with Kristoff timing his attack to perfection to triumph.

The day was punctuated by a series of crashes, with Pavel Sivakov (Ineos Grenadiers), Julian Alaphilippe (Deceuninck–Quick-Step) and Miguel Angel Lopez (Astana) among those to go down along the twisting descents in the rain.

Heavy rain fell during the second half of the stage, causing several crashes, with Team Ineos’ Andrey Amador being the most effected as he hit the deck twice.

With around 98 kilometers to go, the peloton was back together, with Jumbo-Visma taking over the pace setting duties.

But 50 kilometers to go, Astana came to the fore, upping the pace along the descent just before Lopez lost control of the bike and crashed against a traffic sign.

With roughly 25 kilometers to go, Jumbo-Visma’s George Bennett also crashed, but the Australian rider was able to remount and rejoin the race.

Shortly thereafter, Benoit Cosnefroy (AG2R La Mondiale) launched an attack, but the French rider was quickly reeled back in by the peloton.

With three kilometers to go, another crash plagued the peloton, this time involving Thibaut Pinot, Marc Hirschi and Remi Cavagna.

After the chaos however, Kristoff was able to launch his winning move during the closing meters, fending-off challenges from Pedersen and Bol to claim the opening stage honors and don the first maillot jaune (yellow jersey) of the race.