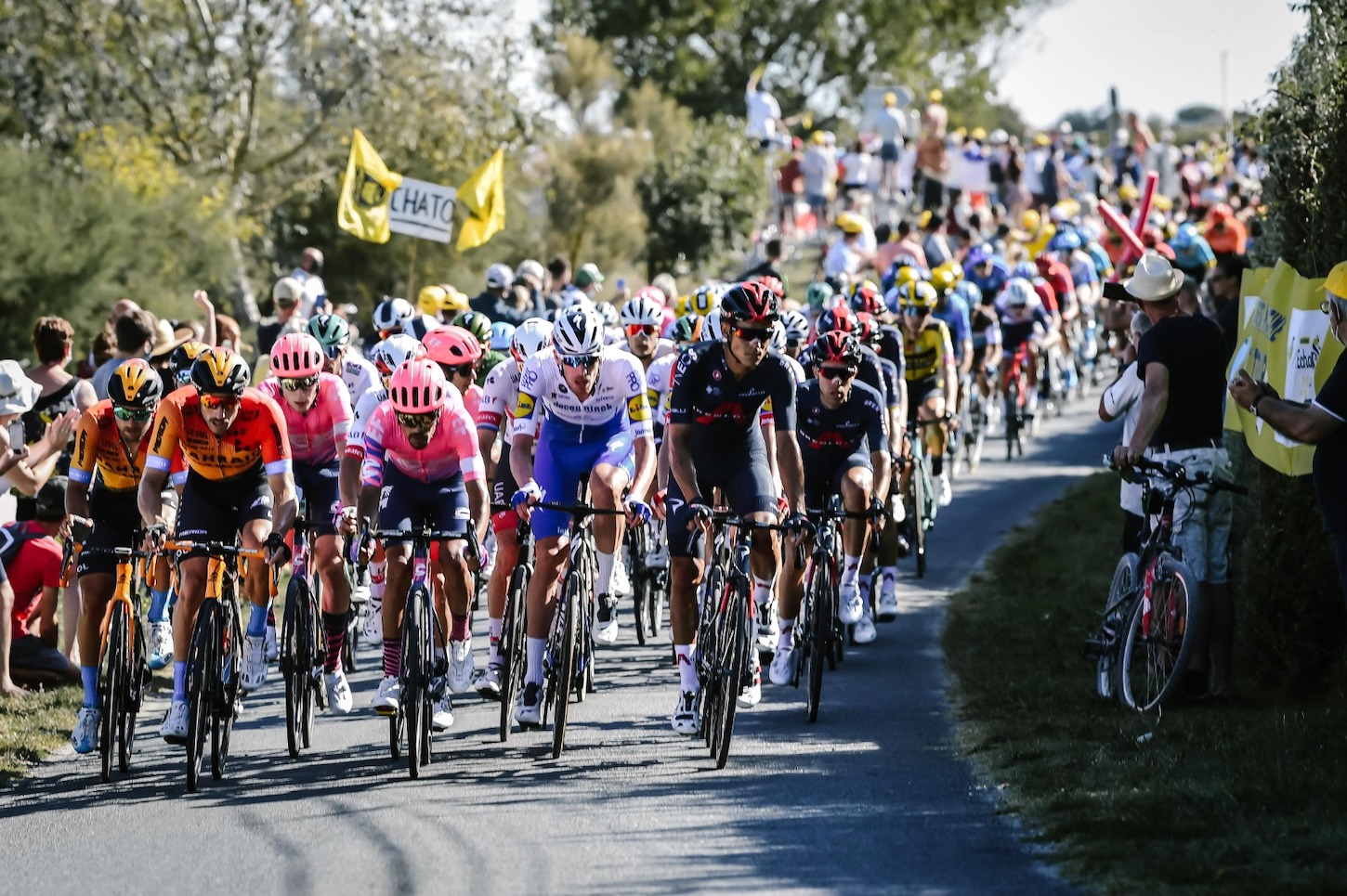 As a result, Bennett moved back into the lead of the points classification after taking it from Sagan on stage 5 ,only to give it up two stages later.

Today’s stage got underway with an attack from the Swiss duo of Michael Schär (CCC Team) and Stefan Küng (Groupama-FDJ).

However, with 69 kilometers remaining, their adventure was brought to a close.

At the same time, a crash plagued the peloton, claiming riders such as Nielson Powless, Mads Pedersen, Nicholas Roche, Robert Gesink and Sam Bewley, while top GC riders like Guillaime Martin and Tadej Pogacar were briefly left behind.

With 16 kilometers to go, another crash marred the peloton, this time involving Jonas Koch (CCC Team), while riders like Julian Alaphilippe (Deceuninck-Quick-Step) and Miguel Angel Lopez (Astana) were greatly distanced.

From there, the peloton began organizing itself for an inevitable sprint finish, with Bennett being the first to open up his sprint during the final run-in to the finish.

At one point, it appeared that Bennett might get overhauled by Ewan, but the Irish national champion had enough impetus to hold-off his Australian rival on the line.