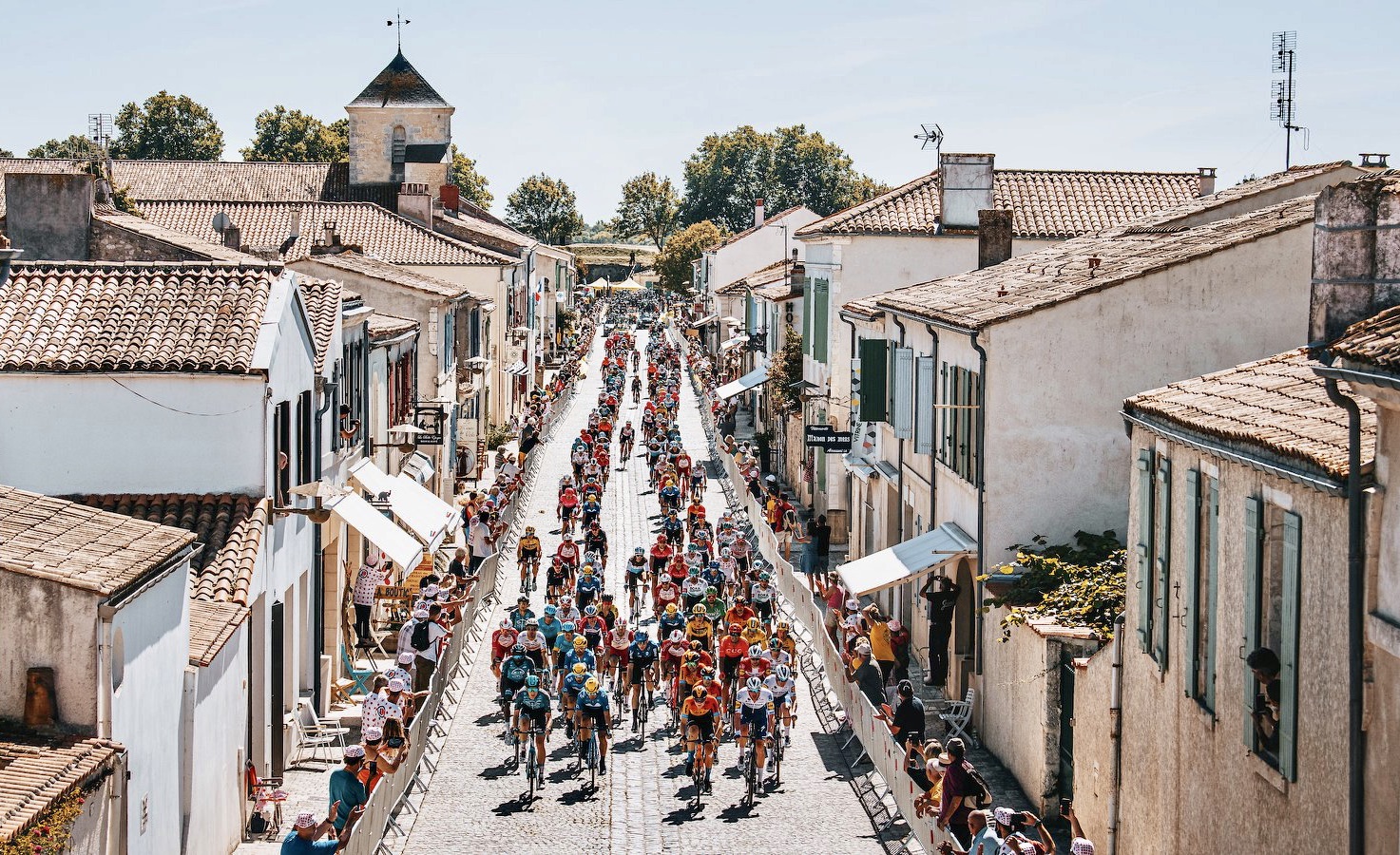 “It was very, very hectic. I was really close to the front with three and then one kilometer to go, I was more forward than I wanted to be, especially with a headwind finish. I dropped back into the bunch but from there it was quite crazy. I knew from the first stage that I won that I had to stay calm and wait for the right time and right gap to open, and it did in the end. I had a real desire to win today after yesterday. I was quite disappointed with that sprint. I’m happy to repay my teammates with the win. I didn’t really know I’d won, I saluted just in case,” Ewan said.

“I did a big throw and you’re basically looking down at the road, so you don’t see if you are or not. Sometimes you can feel it and I felt quite close. I’m super happy with two stage wins; one takes the pressure off and after the first one, you want a second. Now I want another, especially in Paris. I hope to get through the mountains alright and have another sprint in Paris,” he added.

In the meantime, Peter Sagan was forced to relinquish the green points jersey, after race officials deemed his sprint to be dangerous, relegating his second place finish to last.

Meanwhile, Primož Roglič (Jumbo-Visma) was able to remain safe in his overall lead, finishing with the other GC contenders in the front group.

The French rider stayed off the front until the intermediate sprint point, where his advantage was quickly brought back over the next 20 kilometers by a vigilant Deceuninck-Quick-Step that stayed at the front for the remainder of the stage, only to be joined by Lotto-Soudal, trying to set up Ewan during the final 3 kilometers.

However, Lucas Postleberger (Bora-Hansgrohe) briefly animated things with a short-lived attack during the last 8 kilometers. But, Bennett, Bob Jungles and Kasper Asgreen (Deceuninck-Quick-Step) were to quick to react.

With the peloton now back together, van Aert later made his way to front with just 250 meters remaining.

Meanwhile, the other sprinters bided their time, before Bennett and Ewan came round van Aert on the left, with Sagan then barging him out of the way on the right.

Ewan was able to get a last bike-throw in just before the line, nixing Bennett’s hope at another stage victory.