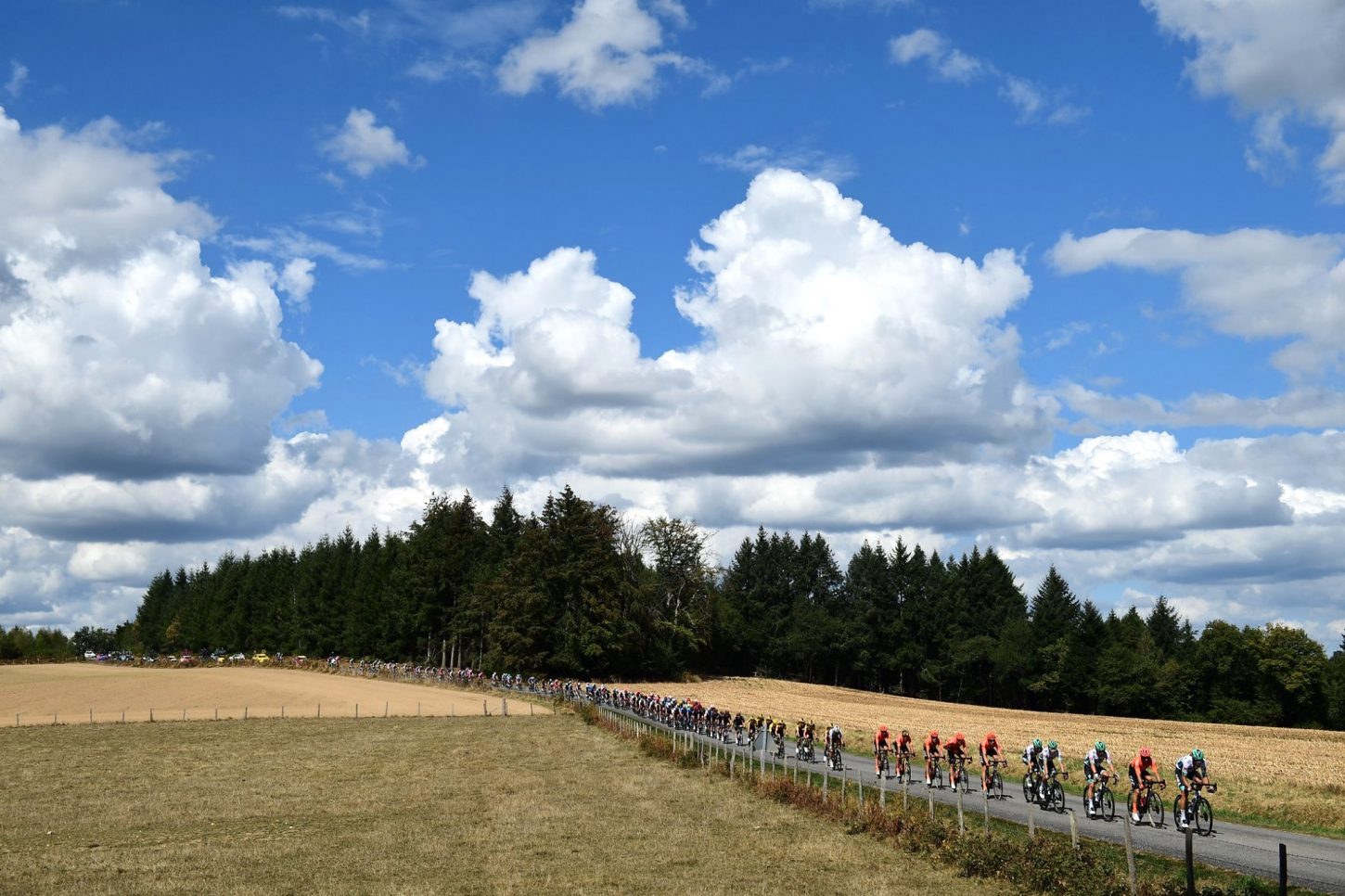 Daniel Martínez (EF Pro Cycling) claimed victory in stage 13 of the Tour de France today, after the Colombian rider distanced his rivals along the slopes of the Puy Mary in the Massif Central, beating Bora-Hansgrohe’s Max Schachmann and Lennard Kämna on the final climb.

Schachmann was caught and dispatched by Martínez and Kämna with less than 2 kilometers to go, leaving the duo to battle it out during the final kilometer of the brutal climb.

Martinez subsequently held-off Kämna during the final dash to the finish, while Schachmann crossed the line some 50 seconds later.

Meanwhile, Primož Roglič (Jumbo-Visma) solidified his grip on the race lead, crossing the line with compatriot Tadej Pogačar (UAE Team Emirates), while Egan Bernal (Ineos Grenadiers) struggled on the final climb. The Colombian lost 38 seconds to Roglič and fell to third overall, 59 seconds down, as Pogačar moved up to take second overall, 44 seconds back.

Powless later launched an attack along the start of the penultimate climb, who was later joined by Schachmann.

Back in the peloton, Pogačar attacked, putting Bernal in serious trouble, while Roglič and other riders like Richie Porte, Mikel Landa and Miguel Angel Lopez were keen to follow the Slovenian rider’s move.

Roglič was the first of the group to cross the finish line, followed by Pogačar, while defending champion Bernal finished more than half a minute behind.