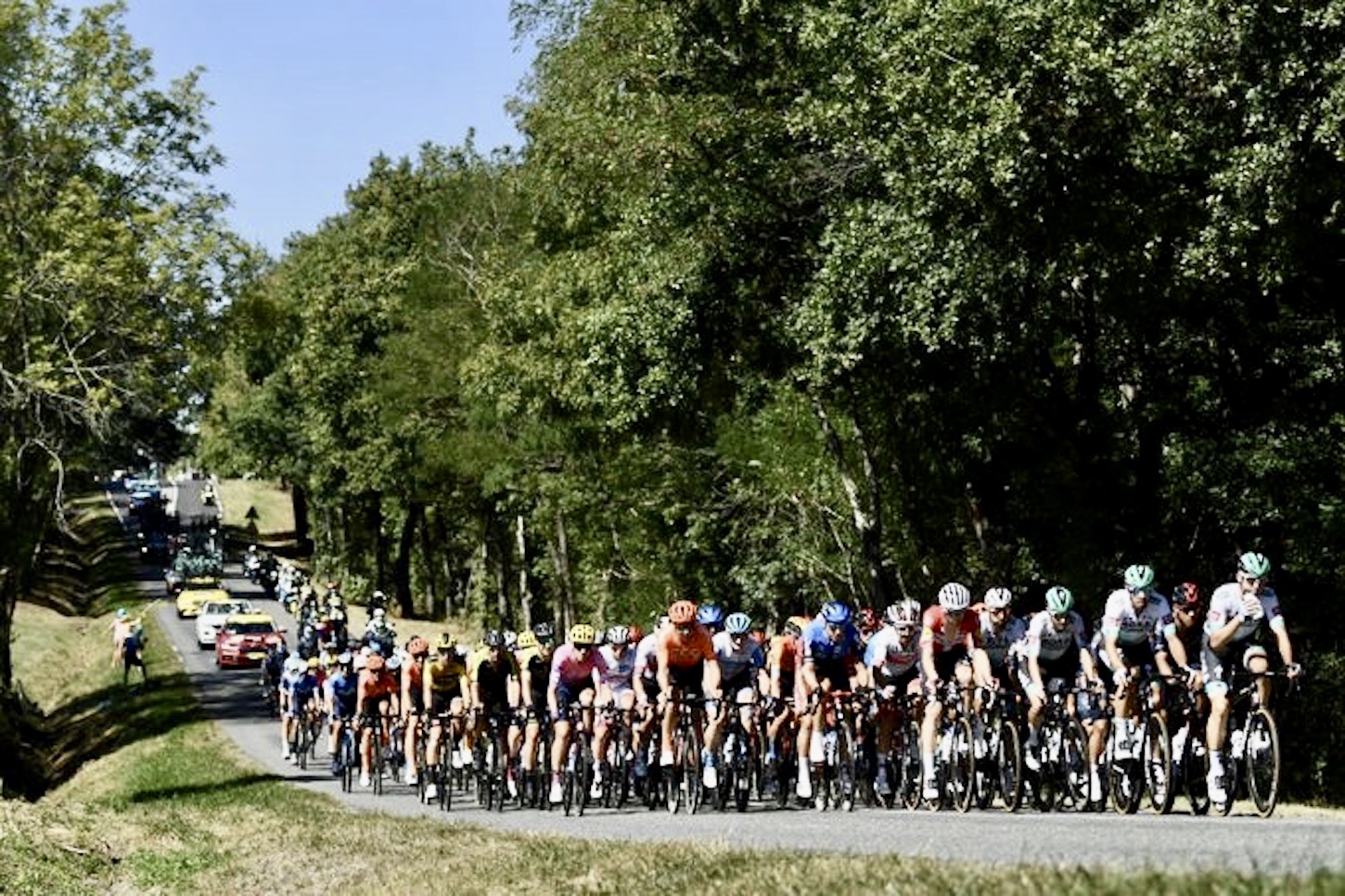 Søren Kragh Andersen won stage 14 of the Tour de France in Lyon today, claiming another victory for his Sunweb team after the Danish rider attacked during the final 3 kilometers to seize the day’s honors 15 seconds ahead of his closest rivals Luka Mezgec (Mitchelton-Scott) and Simone Consoni (Cofidis).

Meanwhile, Peter Sagan (Bora-hansroghe) finished fourth to reignite his challenge for the green jersey as Primož Roglič (Jumbo Visma) retained his lead in the overall classification.

It was a frenetic opening to the stage with plenty of early interest in getting into the breakaway. However, with an intermediate sprint at 38km, Bora Hansgrohe refused to let any serious moves get up the road, having designs on improving Sagan’s placing in the green jersey classification. This resulted in a two-man break getting up the road, while Sagan and his team-ates did their best to distance Sam Bennett (Deceuninck–Quick-Step) on the first climb of the day.

In shaking out the Irishman who leads the points classification, Bora managed to close the gap by five points. Some might have expected the German team to ease up after that, but instead they forged on – powering along the flat section and tackling the day’s biggest test, the category 2 Col du Béal at full gas. Their efforts paid off by eliminating Bennett from the stage entirely. He was adrift at around one-and-a-half-minutes for some time while burning through men and resources, before eventually calling time on the effort.

With their first goal of the day achieved, Bora continued to set the pace with the help of CCC Team and there was a general lull in hostilities until the final 20 kilometers.

Among the early candidates for the breakaway were Casper Pedersen and Cees Bol, both of Sunweb, but these two riders sat up very early when it became clear that a large bunch was not going to be allowed to escape. This proved to be a tactical masterstroke, allowing the team to save their riders energy for the finale.

On the penultimate climb, a comparatively tiny category 4 lump on the run-in to Lyon, it was Benoot who made the first meaningful attack. He was eventually brought back by the work of Lennard Kamna (Bora Hansgrohe). Next to launch an attack was Thomas De Gendt, who chose the last climb of the day to launch his. The Belgian breakaway specialist was caught and overtaken by a flying Julian Alaphilippe and then came an opportunistic dig by Sunweb’s Marc Hirschi. These small attacks created a group of five off the front, but they were all ultimately tagged by the combined efforts of Sagan and Greg van Avermaet (CCC Team) chasing behind.

“I have no words. I feel emotions,” Andersen said afterwards.

“I dream about this but it’s always hard to say I’m good enough before you have done it. I’m just amazed and full of emotions. It’s just crazy. I had really good legs the whole day. Of course, you never know how good the other guys are but my legs felt good the whole day and when the moment came, I took a long time on the Tour to get confidence but when I suffer, others also suffer so I just went for it.”

Hirschi was able to go again with four kilometers remaining which opened the door for a final, excoriating attack from eventual winner Kragh Andersen one kilometer later. This devastating flurry of Sunweb attacks proved to be too much for the likes of Sagan and the young Dane was able to solo in for his first Tour stage win virtually unchallenged. Pedersen crossed the line fifth in the end, after giving up on the breakaway some 175 kilometers earlier, adding more vital UCI points to the team’s tally and further driving home what a magnificent Tour they are having.

“We had a lot of guys in the final so that was our advantage” Hirschi said after the race.”A lot of teams also look to the GC so didn’t focus on the win. Then attacking at the perfect moment, we could slow it down at the back. It was a perfect team effort.

“We have a really good spirit in the team. Everybody goes full gas for each other and everyone has the level to ride in front. We want to ride aggressively, especially today with the corners, we had several guys that could do it. Everyone gets their chance in the team and certainly the perfect attack took us to the finish line.”