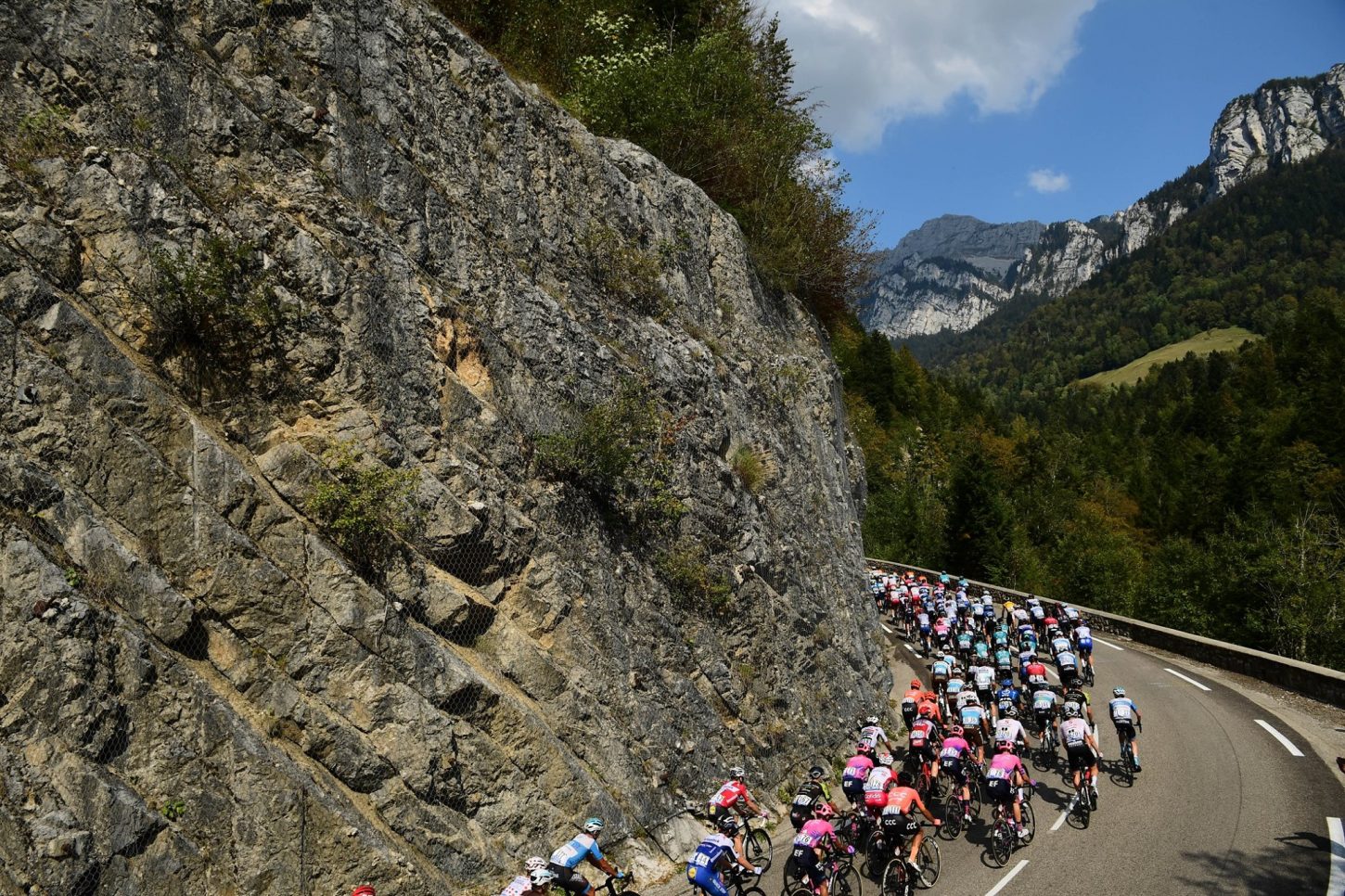 Miguel Angel Lopez (Astana) won today’s “Queen” stage of the Tour de France with a dominant performance along the Col de la Loze, powering away on the punishingly steep slopes of the day’s final climb to seize a solo victory ahead of Primoz Roglic (Team Jumbo-Visma) and Tadej Pogacar (UAE Team Emirates).

Bahrain-Merida set a hefty tempo on the Col de la Madeleine, ultimately reining-in all but one of the day’s early breakaway riders at the start of the final 21.5 kilometer climb.

Mikel Landa was unable to capitalize on his team’s effort’s, leaving Jumbo-Visma to takeover the pace-setting duties with Sepp Kuss, Tom Dumoulin and Wout van Aert all putting in a big effort before catching the last remaining escapee, Richard Carapaz (Ineos Grenadiers), with 3 kilometers to go.

With under 3 kilometers remaining, Lopez attempted an attack, but was quickly caught by Roglic, Pogacar, Kuss and Porte.

Some meters later, Kuss launched an attack of his own, taking Lopez along with him.

From there, the Colombian rider succeeded in dropping his American rival.

Moments later, Roglic launched a new attack, reaching Kuss, who had been joined by Pogacar.

However, Lopez had already opened up enough of a gap to hold-off his challengers and claim the stage honors.

As a result of his victory, Lopez moved up into third spot in the overall classification.