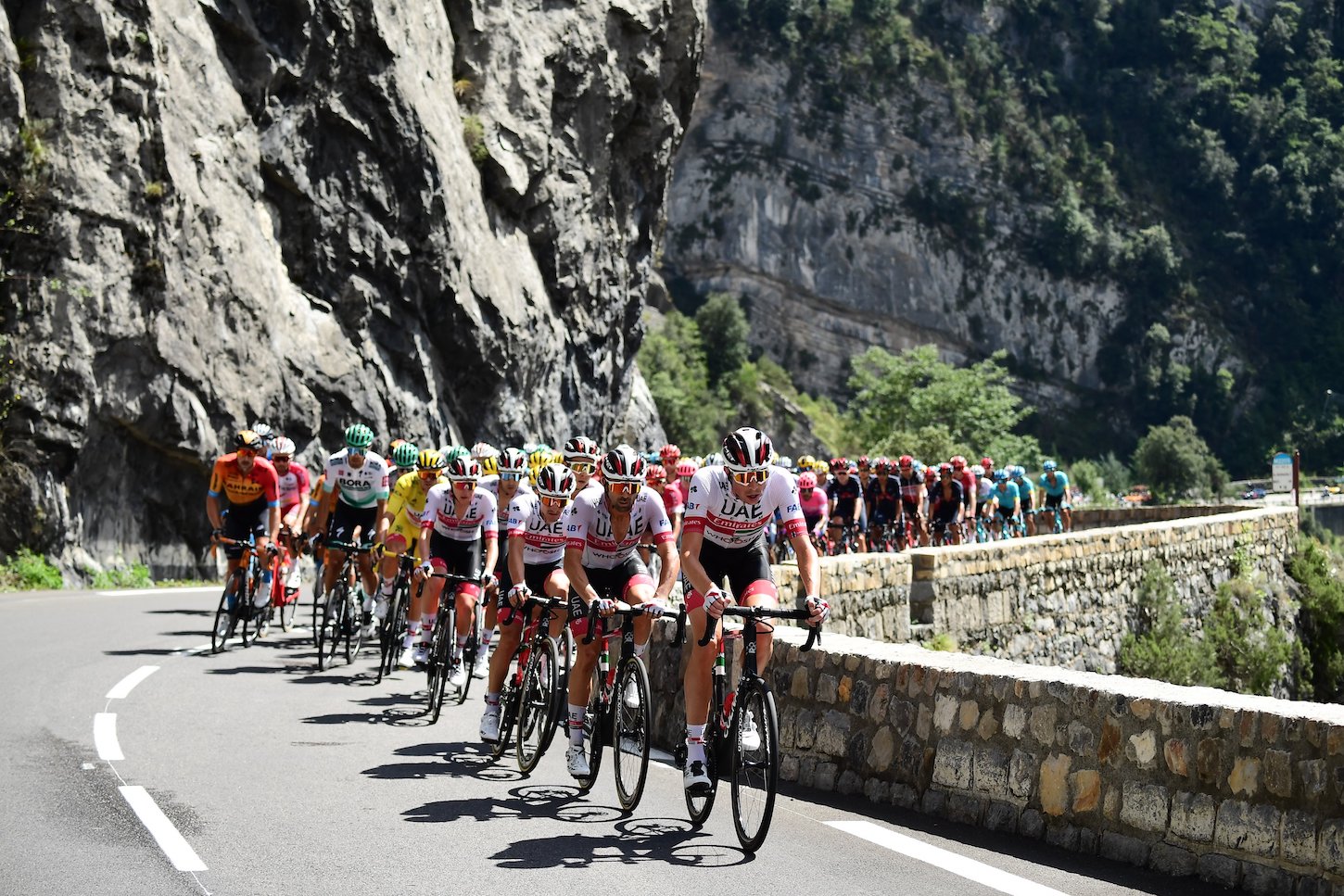 Alaphilippe commenced a fierce attack from a reduced lead group along the final ascent of the Col des Quatre Chemins with just over 13 kilometers to go, Hirschi and Yates were able to join the French rider before he delivered his winning move with 11 kilometers remaining.

After winning the intermediate sprint at km 16, Trentin got a flat tire so the front group was reduced to seven riders. They enjoyed three minutes lead after 30km of racing. UAE Team Emirates seized the command of the peloton en route to col de la Colmiane, the first category 1 climb of the 107th Tour de France.

Cosnefroy attacked 1.2km before the top of La Colmiane. He reached the summit alone and formed a leading quartet with Perez, Gogl and Asgreen in the downhill.

As the front group of seven reunited, Jumbo-Visma took over from UAE Team Emirates at the helm of the peloton. The Arabic squad decided to set the pace again in the ascent to col de Turini where the time difference went up to 3’30’’. Sagan lost contact with the breakaway group up the hill. Perez outsprinted Cosnefroy at the top while the peloton was timed with a deficit of 2’20’’. Yellow jersey holder Alexander Kristoff was no longer part of the pack, neither was runner up, world champion and white jersey holder Mads Pedersen.

The six leading riders got reeled in at the beginning of the ascent to col d’Eze with 40km to go. Nicolas Roche (Team Sunweb) passed first at the top. Critérium du Dauphiné winner Dani Martinez (EF) crashed in the downhill but made it back to the pack on the finishing line with one lap of 17.5km to go.

Alaphilippe attacked with 13km to go. Hirschi went across to him while Tom Dumoulin (Jumbo-Visma) crashed after touching the back wheel of Michal Kwiatkowski (Ineos).

They kept the same gap until the red flame of the last kilometer and contested the win.