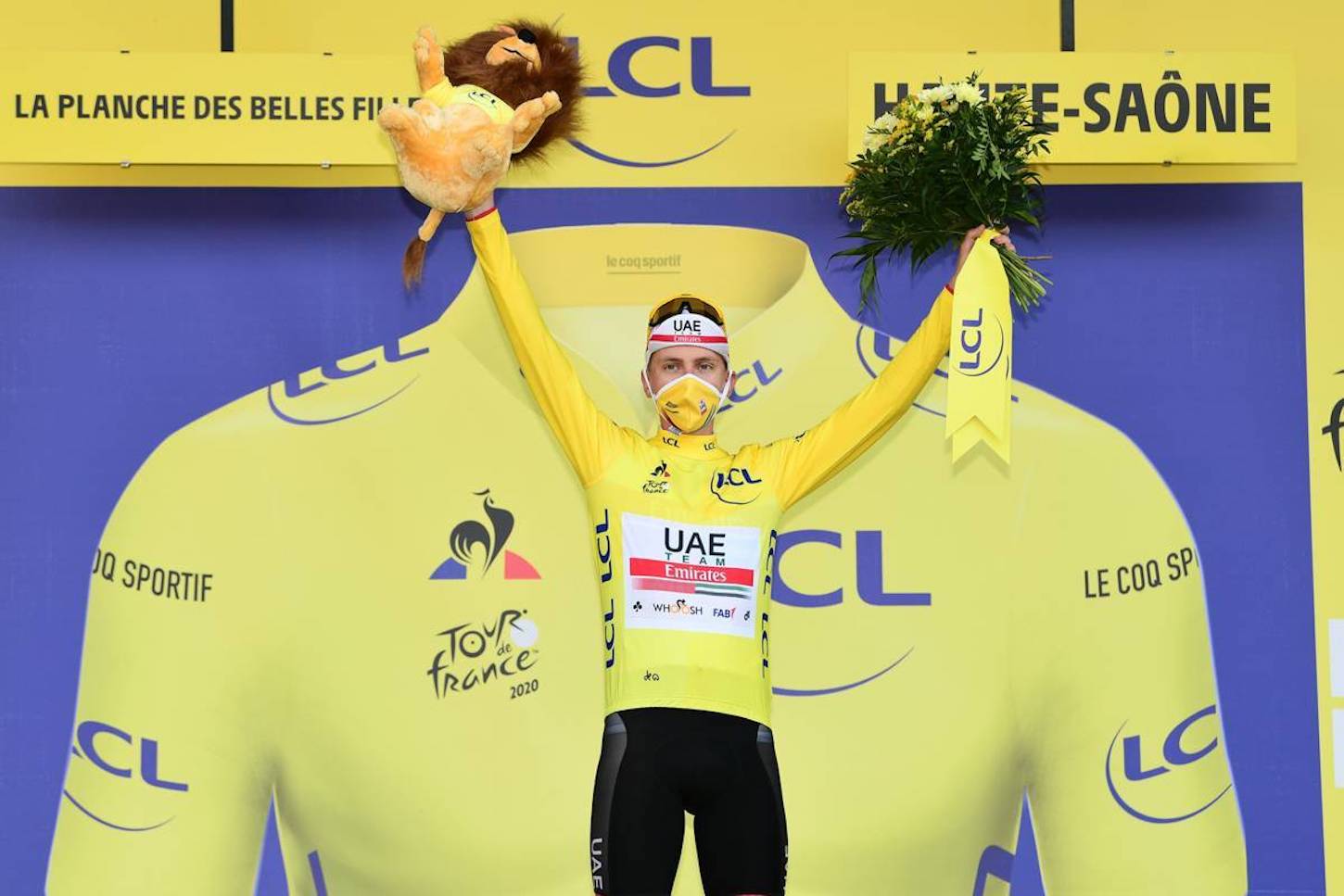 All Pogačar needs to do in order to secure the overall title, is finish safety in the peloton during tomorrow’s final stage to Paris.

Pogačar trailed his fellow Slovenian by 57 seconds going into today’s time rial stage, immediately set about chiseling away at Roglič’s advantage  after making a significant gain along the first flat part of the 36 kilometer course.

After both riders changed bikes mid-way, Pogačar flew up the climb while Roglič struggled, ultimately losing valuable seconds along the final 6.3 kilometer climb that saw his lead evaporate into a deficit, crossing the final checkpoint at 1:22 down on his rival.

As Pogačar rode under the flamme rouge, he was in the virtual lead by over 40 seconds. And, by the time he crossed the line in a time of 55:55 – 1:21 ahead of the previous fastest man Tom Dumoulin, the race was already over with the UAE leader having surged up La Planche 22 seconds faster than anyone else, setting a new all-time climbing record in the process.

Meanwhile, Roglič continued battling through the final kilometers, only to keep losing time.

As a result, his Tour de France hopes came to an end in the Vosges mountains as he collapsed after the finish, and consoled by his waiting teammates.