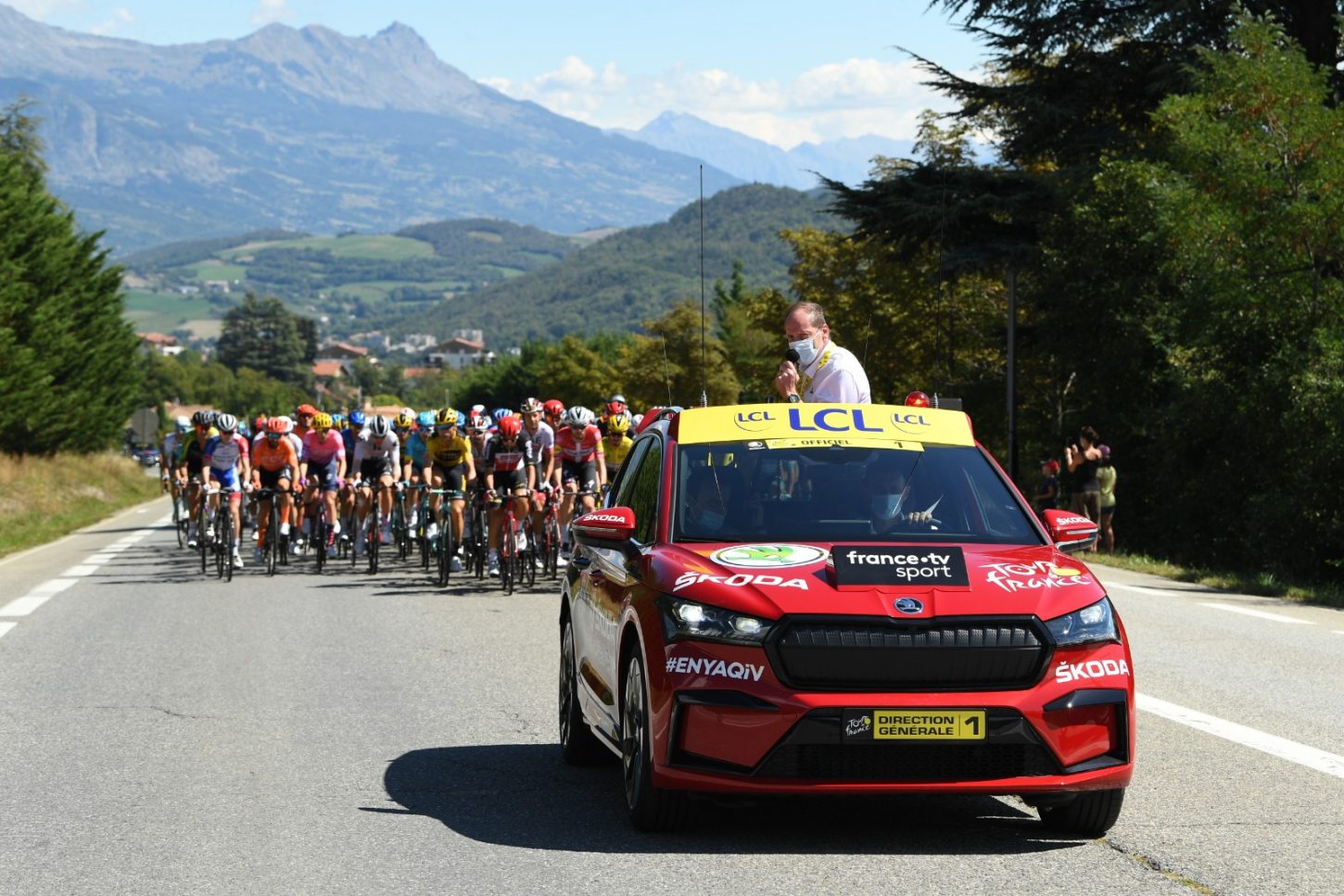 Wout van Aert took a convincing victory in stage 5 of the Tour de France today, after the Jumbo-Visma rider timed his attack to perfection during the final kilometer, pipping Cees Bol (Team Sunweb) to the line by half a wheel to continue his team’s dominance in the first week of this year’s  French Grand Tour.

“It was a heavy finish, maybe it was an easy stage, not a high pace or no breakaway. The last hour was very hectic, with a lot of wind. I knew this stage suited me, I am so happy that I got an opportunity from the team to go for it. It feels good to finish it off. The shape is good, and you recover better as well. The team is going strong. I have my stage-win now, from now on, I will support the team even more,” van Aert said.

Meanwhile, Sam Bennett’s (Deceuninck-Quickstep) third-place was enough for him to take the points jersey, meaning an Irishman will wear green jersey in the Tour for the first time in 31 years.

The peloton took advantage of a relatively flat stage, maintaining a pedestrian pace until  final kilometers.

However, a chaotic finish featuring plenty of road furniture, windy conditions and a number of roundabouts ensured plenty of excitement as the stage came to a finale.

Leading up the the finish, windy conditions took its toll on the peloton, causing havoc in the pack that left some riders behind. But, all of the GC favorites managed to stay in front until the last kilometer where Sunweb took control of the pace, while Jumbo-Visma remained vigilant as well.

Just as Bol launched his sprint, Van Aert was keen to mark his move, overhauling his Dutch rival to take his second victory in the Tour.

In the meantime, Julian Alaphilippe (Deceuninck-Quick-Step) finished safety in the peloton to retain the overall race lead ahead of Adam Yates (Mitchelton-Scott) and Primož Roglič (Jumbo-Visma).