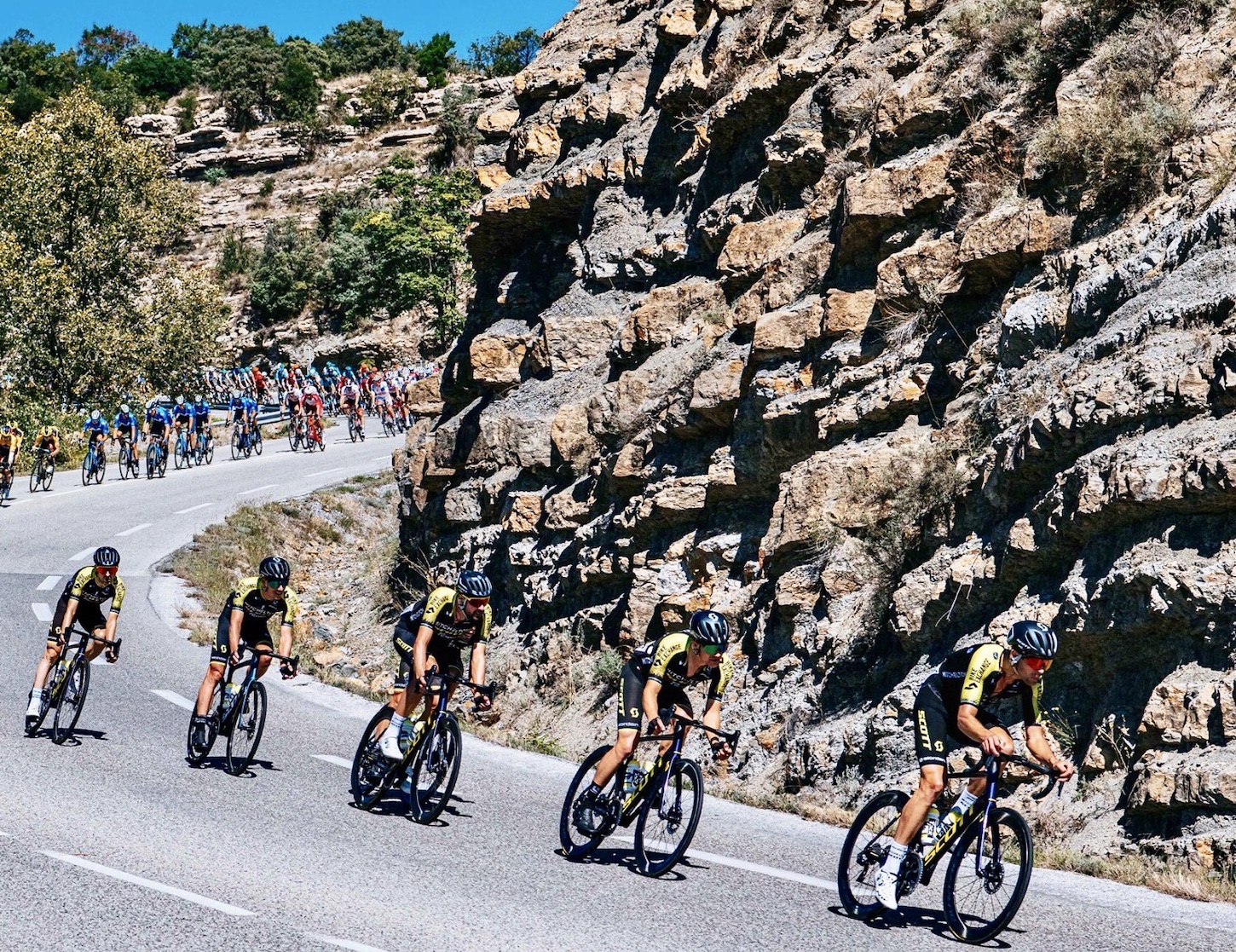 Pogacar was dropped in the crosswinds during a frenetic conclusion to an already highly combative 168km stage, the 21-year-old crossing the line over a minute down to plummet out of the top 10 and lose the white jersey.

On a day that looked destined for the sprinters, the majority of the peloton’s fast men were shelled out the back of the peloton inside the opening 10km of the race by some ferocious tempo-setting by the Bora-Hansgrohe team of Sagan.

With Sam Bennett (Deceuninck-QuickStep) among those caught out by the early fireworks, Sagan was able to move back into the virtual green jersey in the intermediate sprint.

A brief foray off the front from Belgium’s Thomas De Gendt (Lotto Soudal) never looked likely to stick, and when the much vaunted vent d’Autan blew up a storm inside the final 35 kilometers, what was left of the peloton split in two on the approach into Lavaur.

Sagan was unable to build on the hard work done by his Bora teammates, coming home in 13th place, but enough for the Slovakian rider to return to the top of the green jersey standings with a lead of nine points over Bennett.