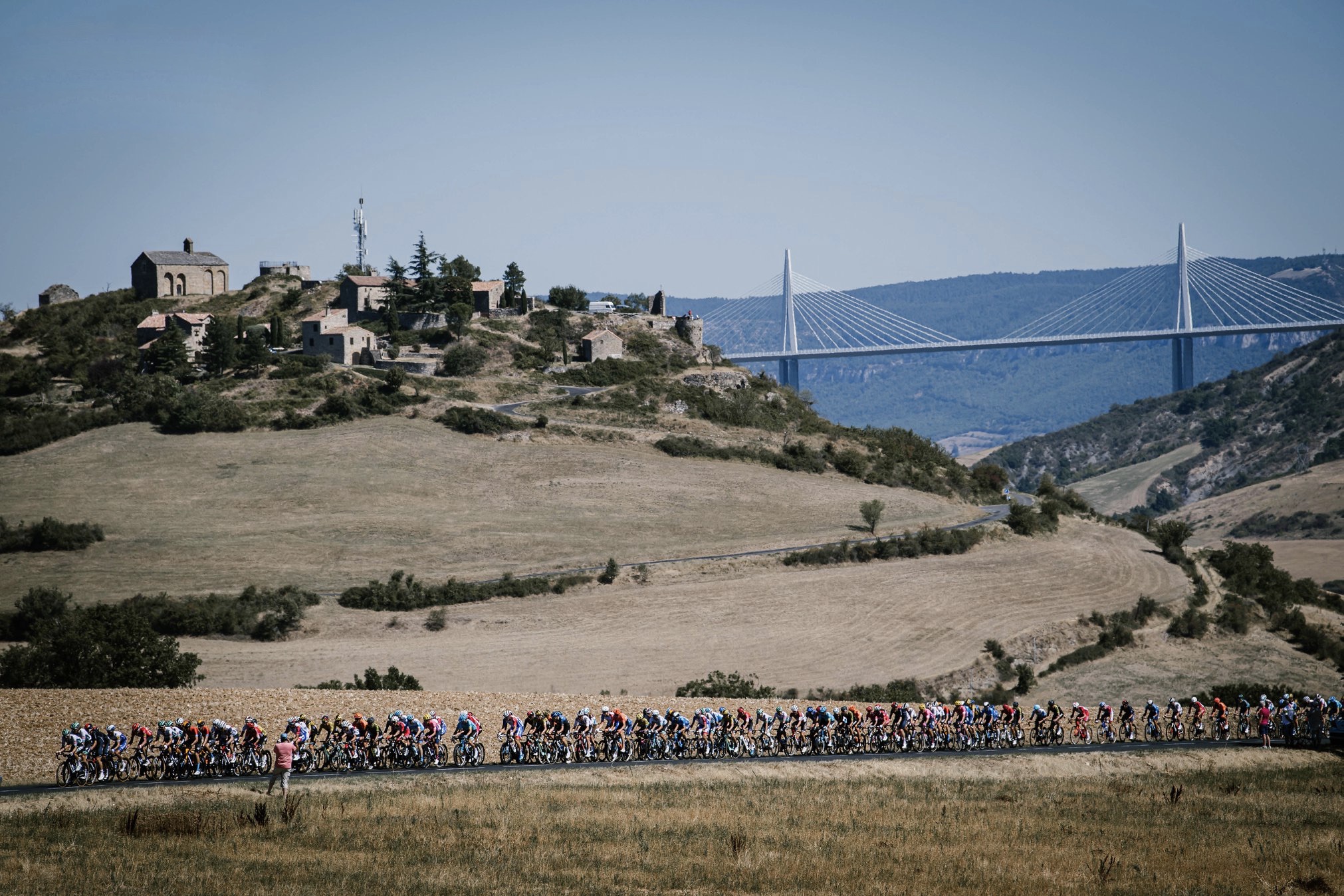 Nans Peters (AG2R La Mondiale) won stage 8 of the Tour de France today, after the French rider rode clear of his fellow breakaway companion, Ilnur Zakarin (CCC Team), along the descent of the Port de Balès, later soloing his way victory on the final climb of the Peyresourde to finish almost a minute ahead of his closets rivals Toms Skujins (Trek-Segafredo) and Carlos Verona (Movistar).

Meanwhile, despite being distanced several times on the Peyresourde, Adam Yates (Mitchelton-Scott) maintained his lead in the overall race by three seconds ahead of Primož Roglič (Jumbo-Visma).

Yates succeeded in defending his the yellow jersey despite a maelstrom of attacks from his rivals. Tadej Pogacar, who gave up a chunk of time yesterday when he failed to navigate the crosswinds in the finale, was the day’s biggest winner in terms of the GC , stealing back 40 of the 81 seconds he lost. The young Slovenian climber of UAE Team Emirates goes back into the top ten overall.

Once the general classification riders sensed weakness in Yates, it turned into a free-for-all, with Bahrain McLaren’s Mikel Landa and Nairo Quintana (Arkéa Samsic) launching attacks in the early part of the day’s last climb, the Col du Peyresourde. Roglic and Egan Bernal were, seemingly, the only two favorites not to have a pop, although the Jumbo Visma leader was very active in covering the attacks of others. It’s hard to say if Roglic ‘gifted’ the time gain to compatriot Pogacar or not, but it was certainly the only attack on the Peyresourde that he did not chase down.

Romain Bardet made a daring bid to take the maillot jaune with a late sortie and while he did cross the line with a gap he was unable to gain enough time to overhaul Yates. He did leap three places into fourth overall, however.

In the meantime, it was a terrible stage for Thibaut Pinot of Groupama-FDJ, who blew up early and is completely out of the running after a nightmare in the mountains. Groupama team owner Marc Madiot said, “We’re not going to cry about it,” after the stage, and suggested Pinot has simply not recovered from a crash on stage 1 in Nice. Another French hope – albeit a long shot for the Tour overall – was Julian Alaphilippe, who put in a peculiarly brief attack before melting away out of contention, losing 18 minutes by the end of the stage.

Fortunately for the French, Peters succeeded in riding clear with 12 companions at the start of the day, but the group fell apart on the penultimate climb, the Port de Bales. It was Jerome Cousin (Total Direct Energie) who put in the first attack after some messing around from Benoit Cosnefroy, the aforementioned King of the Mountains. Cousin didn’t have enough in the tank to stay away, but by the time he was brought back the damage to the break was done. Zakarin and Peters formed a strong fighting force together on the uphill, but when the road turned down again the Russian’s infamously poor descending ruled him out of contention for the stage win. He will no doubt be looking forward to the race’s closing time trial, an uphill-only affair at the Planche des Belles Filles.