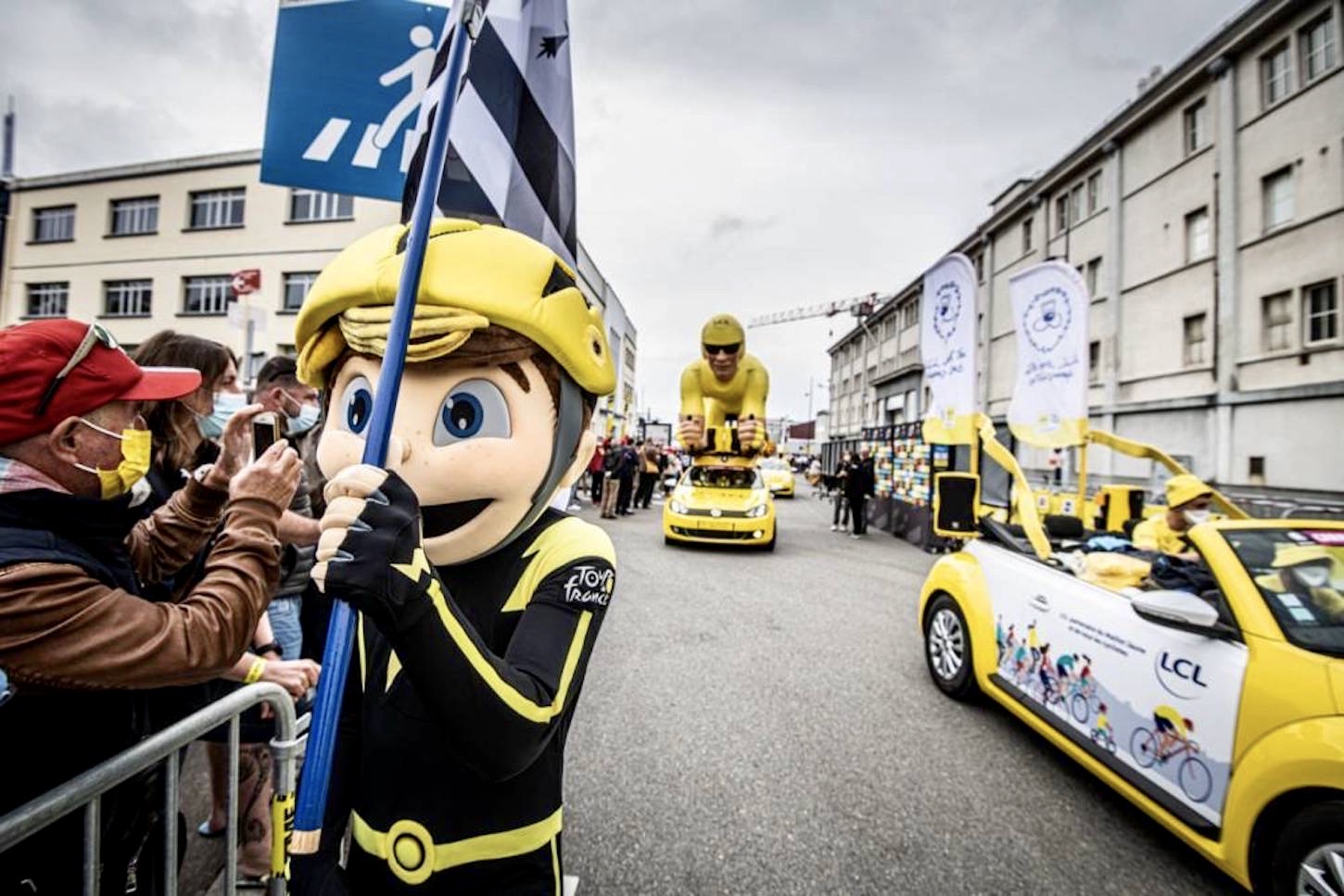 Julian Alaphilippe (Deceuninck-QuickStep) claimed the opening stage of the Tour de France today, attacking along the final climb of the Côte de la Fosse aux Loups and holding off the remnants of the peloton on a day that was overshadowed by two major crashes and major time losses for several overall contenders.

The world champion attacked with just over 2 kilometers remaining, to seize a solo victory ahead of the Slovenia duo of Primoz Roglic (Jumbo-Visma) and Tadej Pogacar (UAE Team Emirates).

With around 40 kilometres to go, Jumbo-Visma’s Tony Martin hit a sign a spectator was holding alongside the route, causing a mass crash that left behind riders like Bryan Coquard, Jack Haig, Wout van Aert, Sonny Colbrelli, Peter Sagan and Miguel Angel Lopez, and resulted in the ultimate withdrawal of Jasha Sütterlin.

Deceuninck-Quick-Step set a high pace during the final climb, with Alaphilippe launching his winning move with 2.3 kilometers left, successfully holding off Roglic, Pogacar, Pierre Latour and Wout van Aert to secure the first yellow jersey of the race.