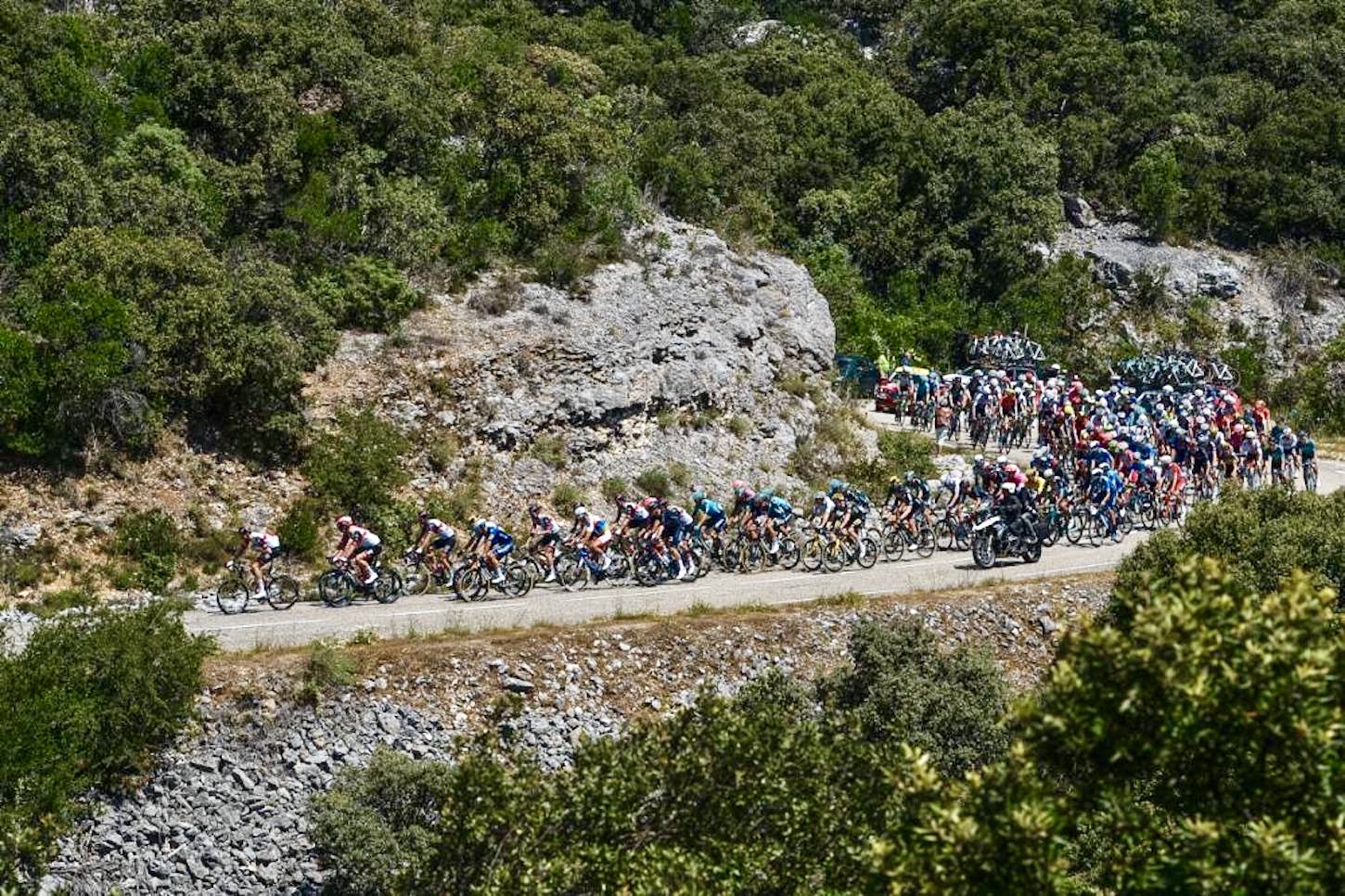 Nils Politt (Bora-Hansgrohe) claimed stage 12 of the Tour de France today, after the German rider succeeded in jettisoning each member of the day’s 13-man breakaway group with 12 kilometers remaining.

Politt initially struck out with Imanol Erviti (Movistar), Stefan Küng (Groupama-FDJ) and Harry Sweeny (Lotto Soudal) with 40 kilometers to go, before executing his final attack that led to a solo victory in Nîmes, finishing more than half a minute over his closest rival.

Meanwhile, the peloton lagged home some 15 minutes later, perhaps still nursing their wounds from the double ascent of Mont Ventoux yesterday, with Tadej Pogacar maintaining a 5:18 lead over Rigoberto Urán (EF Education-Nippo) in the general classification.

With about 80 kilometers remaining, attacks within the breakaway group started to get underway, with Politt, Sweeny, Küng and Erviti later escaping.

With 20 kilometers to go, the escapees continued to increase their gap, with Sweeny attacking along the climb that dropped Küng, while Erviti and Politt struggled to say on terms with the Tour debutant.

Politt later unleashed his winning attack. And, with Sweeny and Erviti hesitating, the Bora Hansgrohe rider was allowed to open up a gap that would prove to be insurmountable for the duo.

Back in the peloton, the pace was high but more to keep things safe as the race meandered through the ancient city streets, with Jumbo-Visma leading in the bunch for their new-found leader, Jonas Vingegaard.

Alpecin-Fenix moved up to try and take the final points in the points jersey with Michael Matthews (BikeExchange) and Mark Cavendish (Deceuninck – Quick-Step) with the latter easily taking the three points.