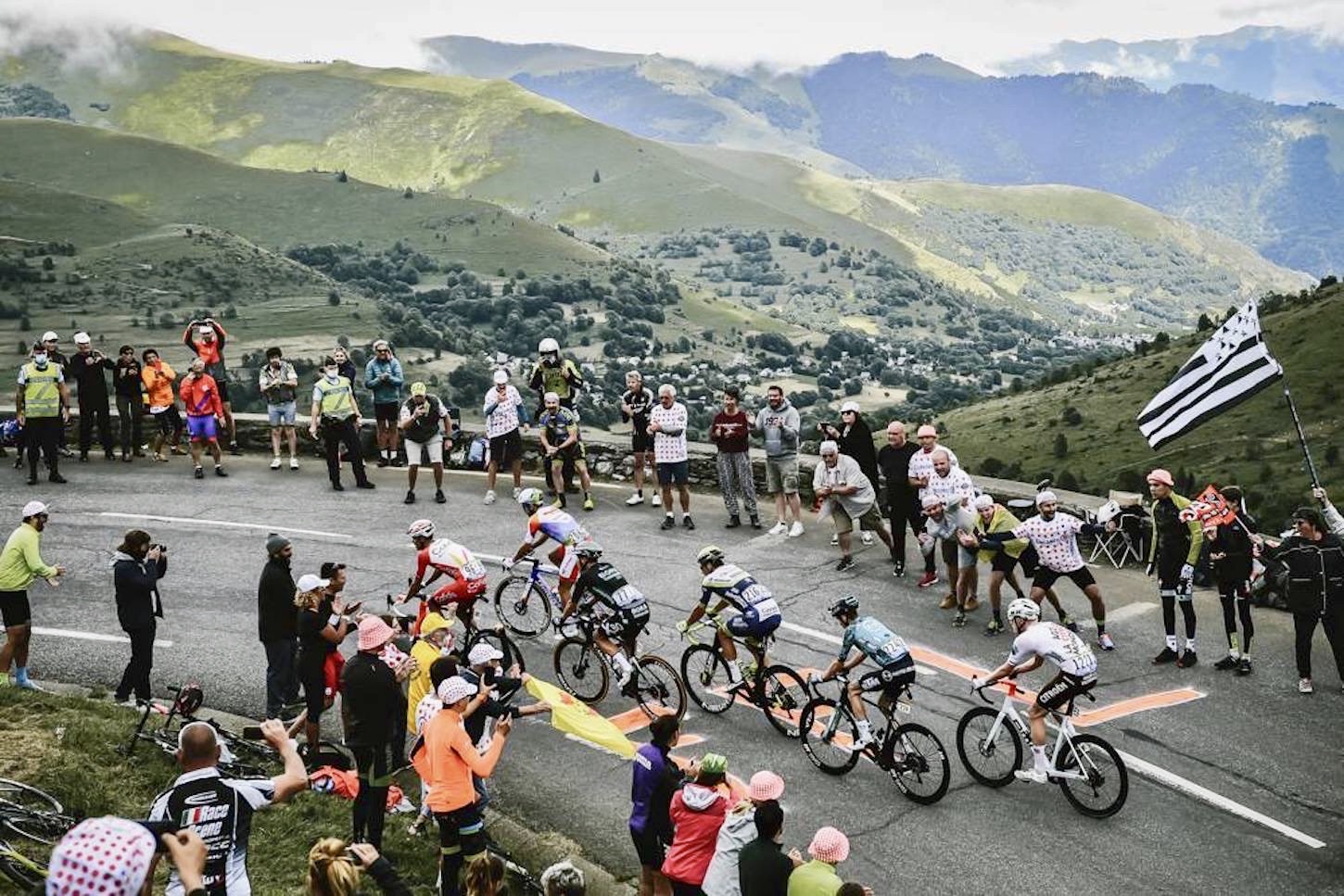 The Slovenian rider attacked halfway up the 16-kilometer Hors-Catégorie climb, taking Jonas Vingegaard (Jumbo-Visma) and Richard Carapaz (Ineos Grenadiers) along with him, while Rigoberto Urán (EF Education-Nippo) fell from his second position in the overall classification

Pogačar left his rivals for dead in the closing moments of the Col du Portet – but only after Carapaz put in a stinging attack to put his Vingegaard  very much in the red.

Pogačar was able to match Carapaz’s attack, mirroring the Ineos leader’s antics over the course of the entire climb, as Vingegaard fought back after the tunnel marking the final kilometer.

From there, a last kick on the final sweeping ramp to the finish was enough for Pogačar to take his second stage win of the race by three seconds over Vingegaard, with Carapaz crossing the line another second back.

Meanwhile, David Gaudu (Groupama-FDJ) gave the home fans something to cheer on Bastille Day by riding clear of a chase group to take fourth place at 1’19” ahead of Ben O’Connor (AG2R-Citroen) rallied to complete the top five.

“It’s a perfect day and to win in the yellow is something I cannot describe,” Pogačar said after extending his lead in the general classification to 5’39” over Vingegaard.

By taking the 40 KOM points at the finish, the Pogačar also moved up into second place in the polka dot jersey classification, just 11 points down on Wout Poels (Bahrain-Victorious).

After feigning his way to third place, Carapaz rose to third place at 5’43” with Uran now over seven minutes down in fourth place after finishing in ninth place.