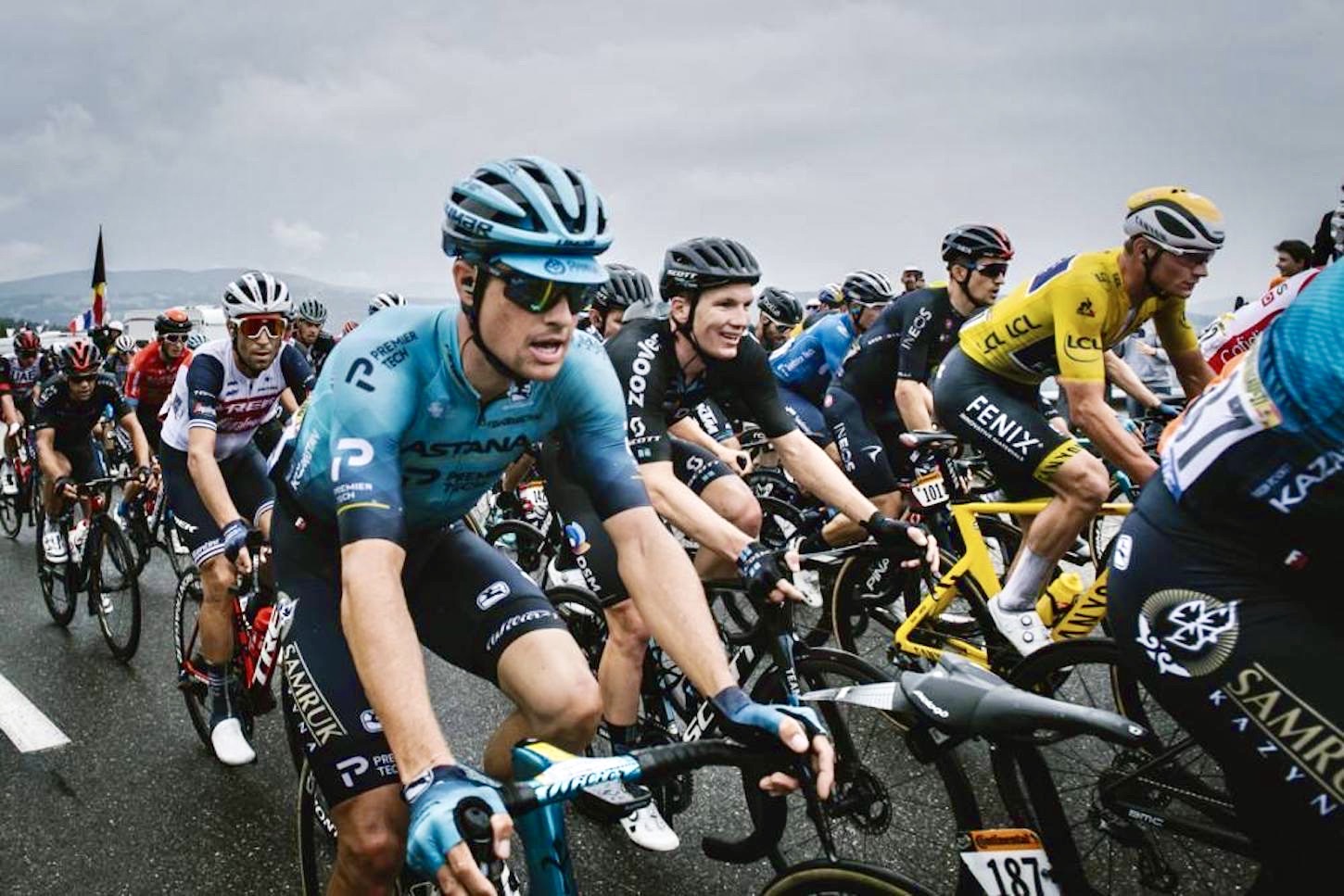 A phenomenal performance from defending champion Tadej Pogacar saw him move into the yellow jersey after today’s blistering stage 8.

The Slovenian rider was part of the peloton that distanced then leader Mathieu van der Poel, launching his attack with a little under 35 kilometers to go.

He was initially followed by Richard Carapaz of Ineos Grenadiers, but the Ecuadorian rider couldn’t stay on terms with the relentless pace set by Pogacar.

From there, Pogacar reeled in rider after rider and came home under a minute behind eventual winner Dylan Teuns to move into the race lead.

It was a tough day for a number of the GC contenders including Van der Poel, Geraint Thomas and Primoz Roglic, the latter two having a catastrophic start that they could never recover from.

The escape of the day featured riders like Nairo Quintana, Wout Poels, Michael Woods, Dylan Teuns and Ion Izagirre, while van der Poel remained with the GC pack until the second first category climb of the day, but the pace set by UAE Team Emirates and Ineos Grenadiers proved to be too high for him, as he was left behind, quickly losing the virtual lead of the overall standings.

Up front, there were several moves by riders like Poels and Kenny Elissonde, but it was Woods the one that could break free in a solo effort, while UAE Team Emirates’ Davide Formolo took the lead of the pack to set a rhythm for Pogacar, with the defending champion later attacking, only to be followed by Carapaz.

However, the Ecuadorian couldn’t hold pace with his rival and was left behind, while Woods was joined by Teuns up front, until the Belgian rider distanced his Canadian rival along the last descent.

In the meantime, Pogacar continued on his own along the last climb of the day and overtook all the escapees until he got close to Teuns.

On the descent, Teuns maintained a gap of more than 40 seconds, while Pogacar was joined by Izagirre and Woods, who finished just ahead of him in second and third respectively.